The latest version of Apple’s mobile operating system, iOS 8.4, is now running on more than 38 percent of iOS devices, according to new data from mobile analytics startup Mixpanel. The adoption suggests that a whole lot of people are getting access to a free trial of the new Apple Music service. 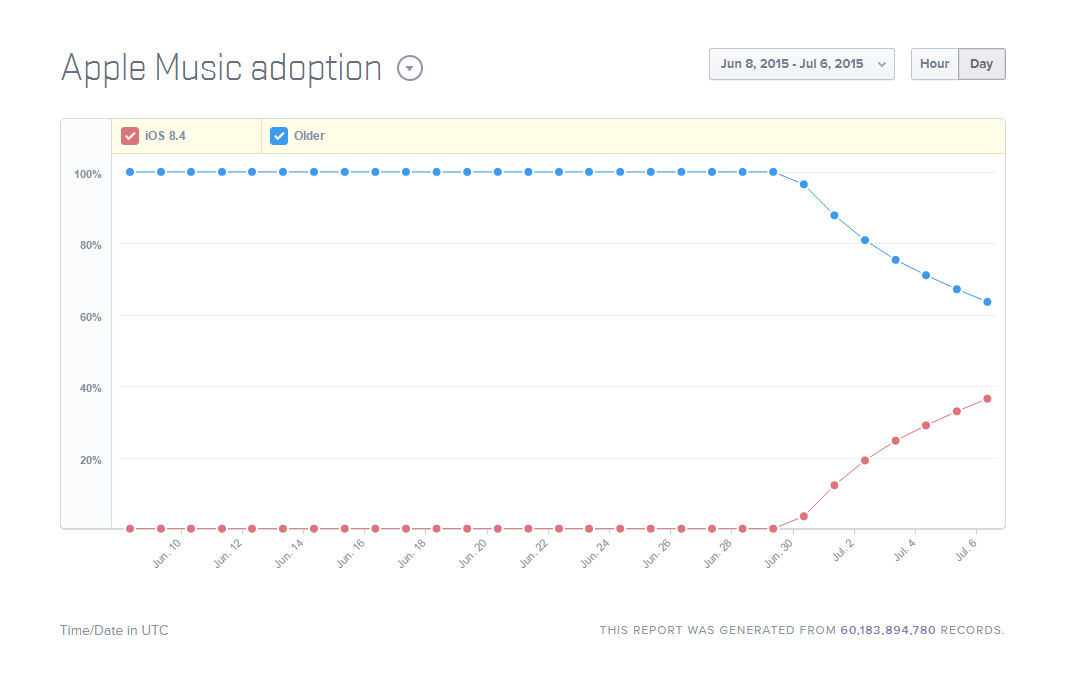 “Dangerous for Spotify,” Mixpanel chief executive Suhail Doshi told VentureBeat in an online exchange today. “That’s hundreds of millions of people who can get a free three-month trial with Apple Music.”

Spotify, for its part, just closed a $526 million funding round and recently expanded beyond music to include videos and podcasts. Spotify now claims to have 20 million paying users and a total of 75 million users — but Apple Music still looks like a potential threat to Spotify and other music streaming services, like Rdio.

Of course, adoption of the latest version of iOS is always swift. While this 38 percent figure doesn’t come from Apple itself — the company doesn’t provide numbers on minor version updates — it is in line with previous adoption rates.

One can’t say for sure how many iOS 8.4 users are trying Apple Music, nor how many will pay for it after the three-month trial.

Still, Apple is coming into the streaming market with the advantage of owning the underlying operating system — and one that users typically update quickly.