A Chinese company is suing one of its competitors for infringing on its intellectual property — even as it is fending off a legal battle with Blizzard for nearly the exact same thing.

Snail Games has announced its plans to sue developer Skymoons and publisher iQYIY for copyright infringement. Snail claims that Skymoons’ The Journey of Flower is a direct ripoff of Taichi Panda. Both are free-to-play mobile massively multiplayer role-playing apps, but Snail points out that the similarities go beyond genre.

In a press release, the Taichi Panda developer says that The Journey of Flower uses a nearly identical user interface, gameplay systems, upgrade paths, and overall design. And Skymoons’ game has ridden these alleged infringements to the top spot on the iOS App Store in China.

This potential lawsuit is a little curious considering that Snail Games and Taichi Panda were previously the subject of a copyright infringement case brought by World of Warcraft publisher Blizzard. That suit claimed the design of Taichi Panda’s titular bear too closely resembled that of the Pandaren creatures from Blizzard’s MMO. The two entities have still not settled that disagreement. 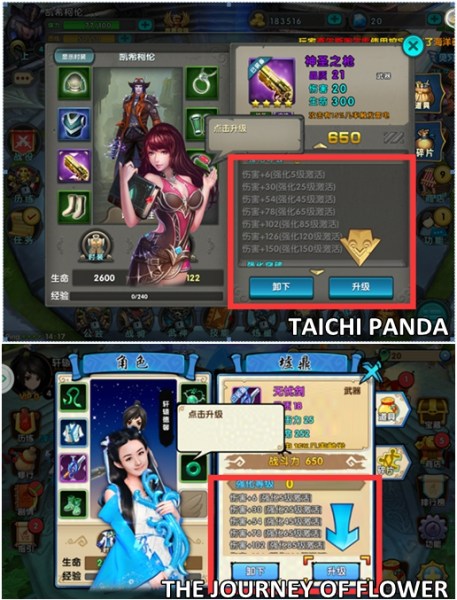 Above: Snail’s game is on the top.

We’ve reached out to Skymoons and iQIYI, and we’ll update this post if either decided to provide a comment.

But it clearly seems like the companies responsible for The Journey of Flower are aware of the criticisms. Skymoons has put a filter on its in-game chat system that will block any message containing the phrase “Taichi Panda.” Of course, that’s not really something that will hold up in court.

And court is where Snail will have to make its case, and that’s never easy when talking about intellectual property rights and China. That aforementioned reputation for the Chinese market and counterfeit products led to the Office of the United States Trade Representative placing the country back on its priority watch list for copyright violations.

So far, Snail is only saying that it “has sent a copyright infringement notice” to Skymoons and iQIYI, but it hasn’t said where it intends to file its planned suit. It’ll have a better chance of fighting a case like this in the United States, but The Journey of Flower is not available on iOS or Android in this country.

For a better look at Snail’s claims, check out the images the company provided below:

Gallery: Taichi Panda vs. The Journey of Flower 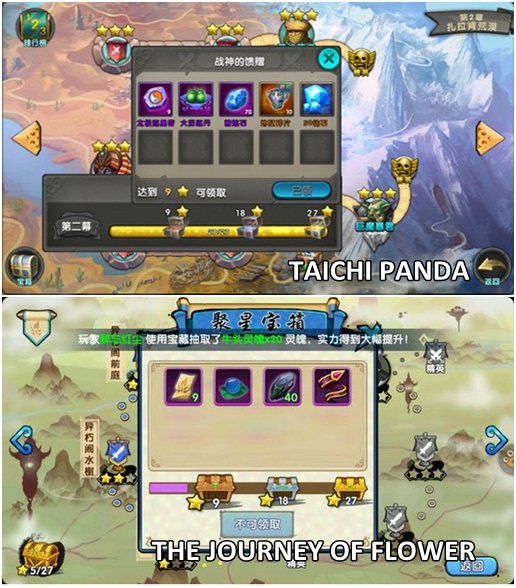 Above: Both have similar menus.