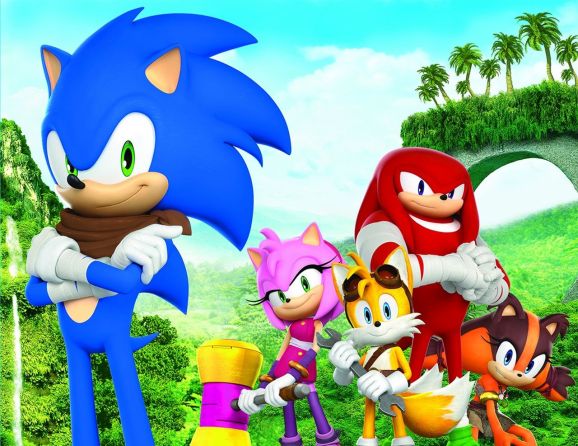 These awful character designs should have been our first clue that these games would suck.

Sega seeks to rebuild its name and reputation, and this means a refocus on quality when it comes to console games.

Speaking to Famitsu magazine in Japan (via Siliconera), chief executive officer and chairman Hajime Satomi admitted that some of Sega’s recent console output hasn’t been good enough. He explained that going forward, the studio’s focus would be on quality, even if that means releasing nothing at all on consoles.

The once-great game studio announced layoffs in January this year, closing the San Francisco office that hosted the launch of its last game console, the Sega Dreamcast. In recent years, the Japanese game publisher has concentrated more on its PC and mobile releases, but Satomi says there’s a chance we’ll see a “high-quality” console game in the near future.

“We did our best to build a relationship of mutual trust with older fans of Sega, but looking back, there’ve been some titles that have partially betrayed that in the past 10 years,” said Satomi. One of those would be last year’s Sonic Boom: Rise of Lyric for Wii U which has a Metacritic score of just 32.

“Sega in the ’90s was known for its brand, but after that, we’ve lost trust, and we were left with nothing but reputation. For this reason, we’d like to win back the customers’ trust, and become a brand, once again.”

Satomi explained how Sega has learned a lot about the Western market from Atlus, the Japanese studio behind the popular Persona role-playing series. “If we can make a title with proper quality, I believe there’s a good chance for it to do well even in the West for players that like to play Japanese games,” he said.

“I’ve been talking to the employees about how we should start putting serious consideration into quality from this point on. Especially in North America and Europe, where it’s always been more of a focus on schedules, I believe that if we can’t maintain quality, it would be better to not release anything at all.”

Famitsu asked if Sega would be releasing a high quality console game in the second half of this year, but Satomi wouldn’t commit to anything.

“Since we’re seriously considering quality, I can’t make that promise for the time being,” he said, “but I believe we will announce something for home console at Tokyo Game Show [in September].”