There is a very interesting company in New York called DigitalOcean. Today it announced that it has raised $83 million in new funding.

You might have heard of the company — developers you know have probably mentioned it in passing — but you might not know what it actually does. If that is the case, do not fear. I will explain everything.

DigitalOcean maintains and provides cloud infrastructure that applications to run on. Instead of making available a long and dizzying list of instance types and storage services for developers to choose from and tie together — like top cloud providers Amazon Web Services, Google Compute Engine, and Microsoft Azure — DigitalOcean offers convenient “droplets” of compute and storage power for rent by the hour.

More than 6 million of these droplets have been deployed, atop tens of thousands of servers, by more than 500,000 developers, the startup says.

About 100 of the Fortune 500 have tried out DigitalOcean, the startup discovered through a recent survey. Customers include Compose, Flywheel, Ghost, InfluxDB, Pertino, and TaskRabbit.

Two months ago, DigitalOcean became the second largest hosting company in the world (second only to Amazon), at least by one metric. Last year, thanks to $50 million debt facility, the company was able to go from merely leasing servers to buying them outright. It’s growing up, in other words.

But Ben Uretsky, chief executive and a cofounder of DigitalOcean, doesn’t want to give up sacrifice the company’s simplicity in his quest to make DigitalOcean a part of many companies’ IT architectures.

“Do we really need 31 flavors of ice cream?” Uretsky asked me in an interview.

To be fair, Uretsky knows the company is missing some important features, namely an object storage service that’s comparable to the widely used Simple Storage Service, or S3, from Amazon. Uretsky wants to add advanced networking features, too.

Just because DigitalOcean’s portfolio is limited doesn’t mean companies are eventually migrating to other clouds, or their own data centers, as they mature. “That’s not what’s happening,” Uretsky told me. “Our customers don’t leave us. They don’t outgrow us. Our churn rate is the same as industry average. Infrastructure is inherently sticky. Switching costs are still very high.” 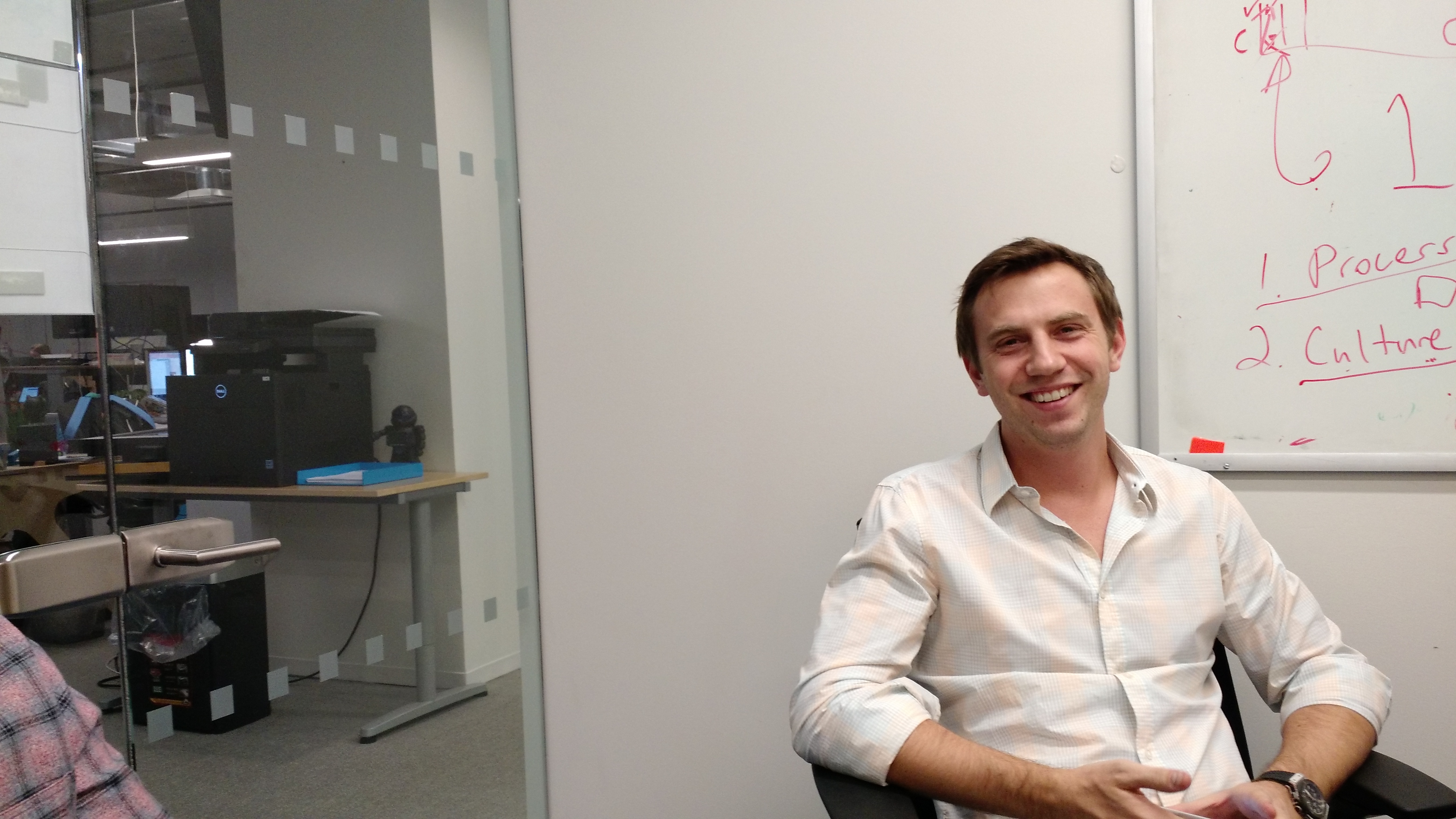 Above: DigitalOcean cofounder and chief executive Ben Uretsky at the company’s headquarters in New York on Dec. 10.

“There is no competition,” he told me. “We don’t think about the competition.”

That means no battling in the cloud price wars, no feature matching (DigitalOcean has not rushed to come out with a Docker container management service, for example), and no mad rush to set up a data center in every country. All DigitalOcean has to do is just keep it simple.