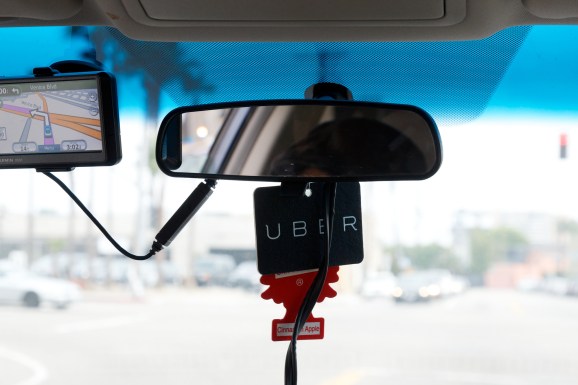 Bitcoin enthusiasts will be dismayed to learn they’ll have to continue paying for Uber with traditional currencies.

Uber says it is not exploring a Bitcoin payment option.

The statement is a response to an image posted on photo-sharing site Imgur last night that indicated Uber might be considering accepting the cryptocurrency. 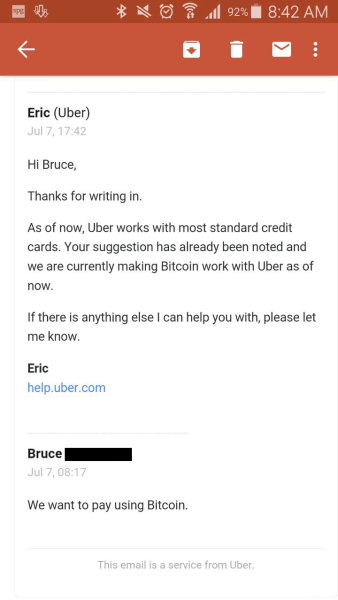 When we reached out to Uber, the company said it is working on no such integration.

If you’re feeling duped, don’t. This rumor wasn’t totally off base. Earlier this year, payment processor Adyen, which provides services to Uber, Airbnb, Spotify, and other major companies, struck up a partnership with BitPay to allow its flock of clients to process Bitcoin transactions.

Braintree, another payments company that works with Uber, also enables its merchants to accept Bitcoin.

There are plenty of opportunities for Uber to integrate Bitcoin, but as of right now, it looks like the company isn’t interested.