Some things are just so awesome you have to do them. Like Snakes on a Plane (although that turned out badly) or jumping in a pool of jello. 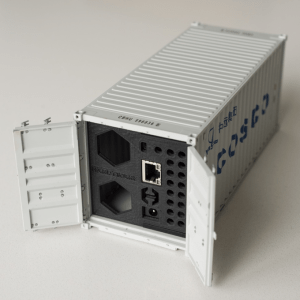 Above: This Docker container is *actually* a container.

Or, apparently, making a mini desktop shipping container for your Docker containers.

Inveterate hacker, identity researcher, and startup founder Dick Hardt has launched a project on Kickstarter for a “desktop container computer” that runs Docker containers and isn’t much bigger than a couple of little Lego longshoremen. The DC2, as he calls it, includes a dual-core MinnowBoard Max board with an Intel Atom processor, a 60GB USB 3.0 drive, a power supply, and a “detailed die cast model of a shipping container with functioning doors.”

(Docker containers, for the uninitiated, are the new virtual machines: integrated code, filesystem, runtime, and system libraries that developers can install on any server.)

That die-cast model has some significant verisimilitude: the name of a prominent shipping company on the side, Chinese lettering like a real container from the far East, and other nice touches, including functioning doors and real-looking identification numbers.

The desktop Docker, Hardt said, will speed up development by giving software engineers incredibly close access to their Docker containers — goodbye, upload time. It’ll be more secure too, as a local machine on a local network that can be air-gapped if absolutely needed.

In addition, it’ll be cheaper than cheap Amazon cloud space. 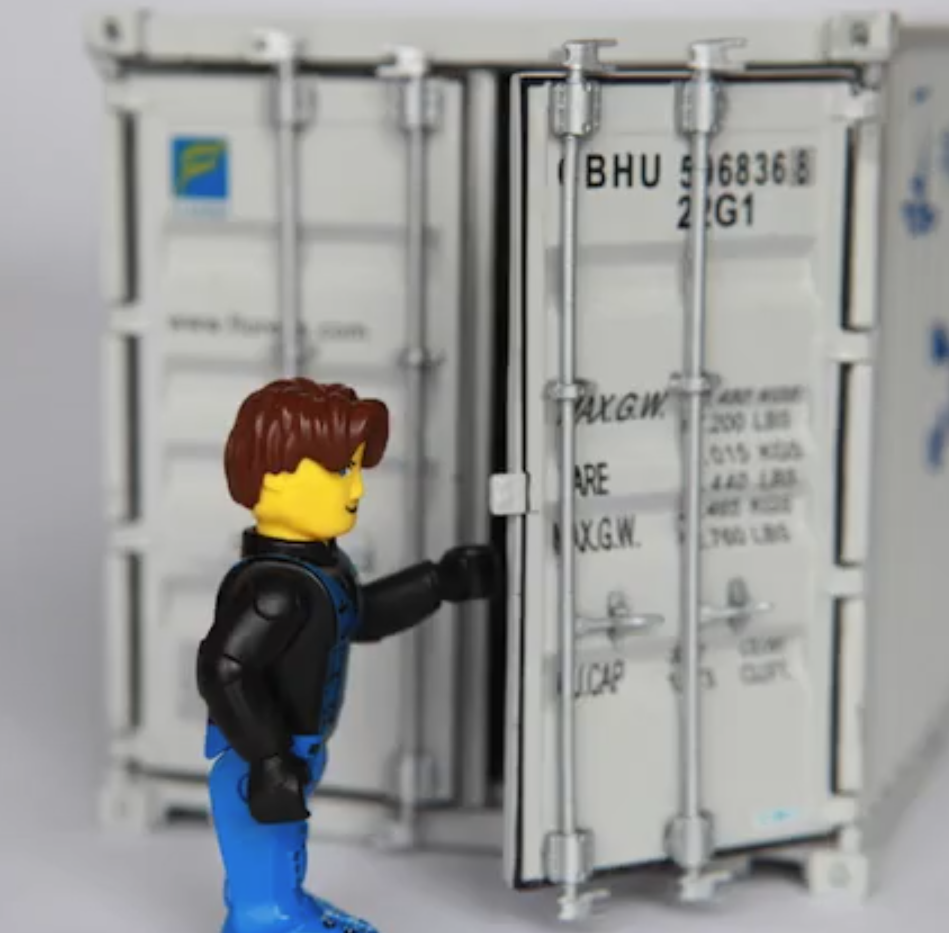 “A DC2 is comparable to two m1.small from Amazon which would cost you $412 for a year upfront,” Hardt said in the Kickstarter announcement. And, he helpfully adds: “At the end of the year you still have your DC2.”

The project is just about as open as Docker itself: The software and designs will be hosted on GitHub, Hardt said.

And if you need more power, more space, and more cool factor? 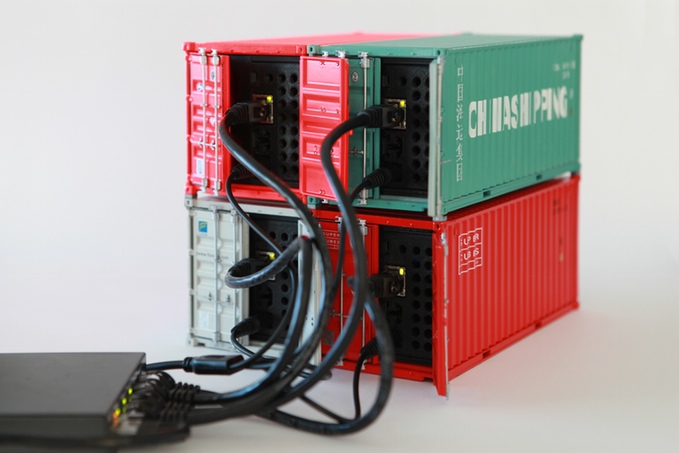