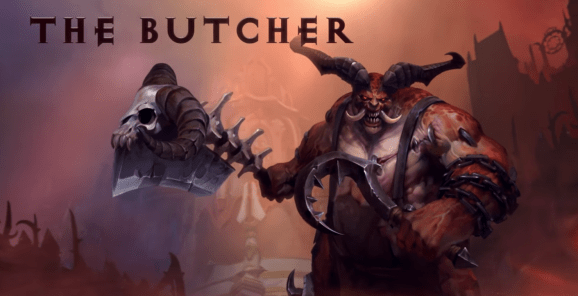 Diablo bad guy The Butcher is Heroes of the Storm's newest playable character.

The Butcher has arrived in the Nexus, and he’s looking for some fresh meat.

Diablo’s demonic flesh carver made his debut in Blizzard Entertainment’s Heroes of the Storm multiplayer online battle arena (MOBA) last week. His appearance marked the beginning of the game’s ongoing Eternal Conflict event, a large update that also brings with it a new Diablo-themed map, balance changes, and more. Here are some of our impressions of the new content.

The Butcher fulfills an Assassin role in Heroes of the Storm, charging into enemies and dealing large amounts of damage with his giant cleaver and meat hook. In the video above, we give an overview of his abilities, plus we give some tips on what talents to take as he levels up.