Few emerging technologies have the buzz of virtual and augmented reality, but the companies entering these spaces will need more than hype.

Tech-advisory company Digi-Capital, which works with software and hardware companies in Silicon Valley and around the world, has published a report explaining what it’s going to take to succeed in the virtual- and augmented-reality markets. The firm has highlighted seven key aspects that VR and AR devices will have to nail in order to truly reach their potential. And that potential is worth a lot, since Digi-Capital expects digitally augmented and replacing reality is worth $150 billion by as early as 2020.

The seven key areas are as follows:

Here’s how Digi-Capital defines these drivers, and why they are important.

Average consumers are going to go into VR and AR with several expectations based on the superpowerful smartphones they already carry in their pockets everyday. This is something that will factor into a lot of these VR and AR keys, according to Digi-Capital.

“AR can be used anywhere because it doesn’t block out the real world,” said Merel. “This freedom is a major advantage, but AR needs to become more mobile than mobile to compete. This means untethered platforms, all day battery life, and mobile quality-of-service for voice and data.” 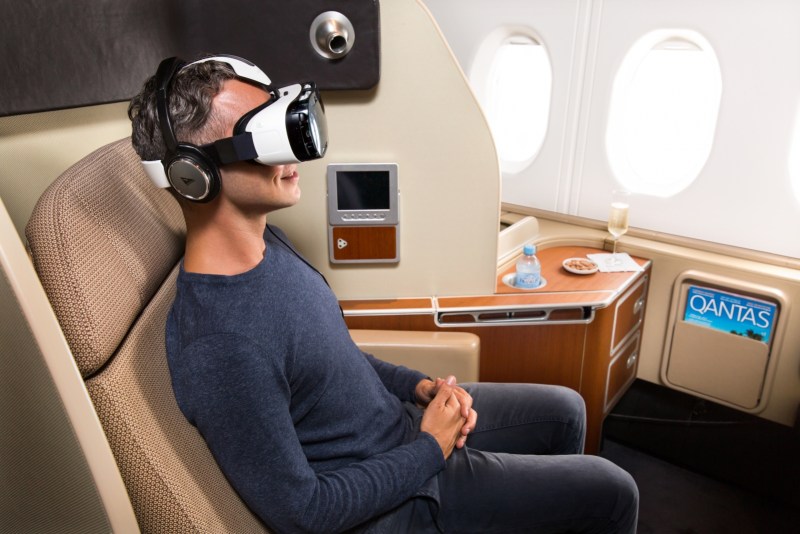 Above: Qantas is offering Samsung’s Gear VR platform to passengers.

Merel thinks that AR will need to quickly work to not just supplement your smartphone like the Apple Watch — it will need to completely replace it.

“If you can’t make phone calls or browse outside Wi-Fi range all day, it’s not going to replace your smartphone,” he said. “VR blocks out the real world, so is best in controlled environments — home, office, train, and plane — where users won’t fall over. Mobility isn’t that big a deal for VR, although it’s a big plus for mobile VR like Samsung’s Gear VR.”

When Digi-Capital says Vision, it really means optics. Current VR and AR headsets have a number of technical limitations that make the images look ugly or unimpressive. That includes low resolutions on VR displays and a low field-of-view for HoloLens.

“Users already have smartphones with retina displays [that have] no visible pixels,” said Merel. “And want their eyes and brains kept happy at all times. If AR doesn’t end up looking as good as Iron Man or Big Hero 6, mass consumers won’t buy it. VR users who see individual pixels or get eye strain also aren’t going to become a mass market, which is why some solutions have already addressed those issues.”

Specifically, the new StarVR helmet uses a 5K resolution, and you stop noticing the pixels at that point — although I also forgot about them in the far less pixel-dense demo I got when I played around with the HTC Vive. 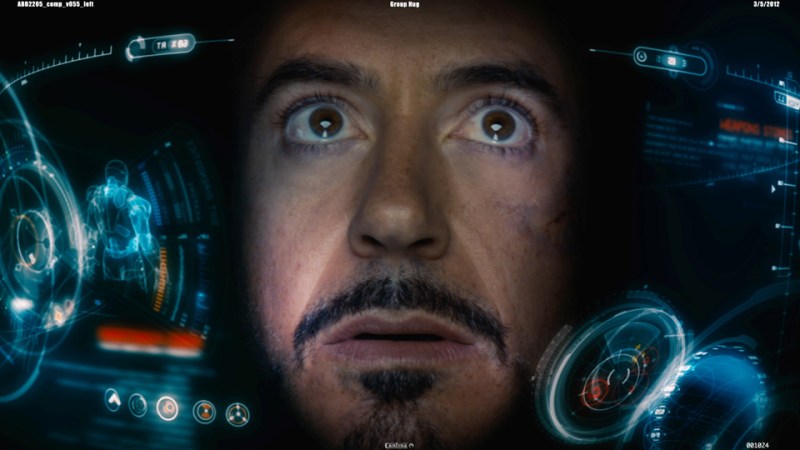 Above: Iron Man’s heads-up display is a good example of what people are expecting. And it looks a hell of a lot like what I experienced in HTC Vive.

This is the sensation of a person not thinking about what they’re interacting with as software existing within a display. And really, Oculus, Valve, and others are tackling this problem head on.

“Truly immersive experiences are magical, lifting the spirit and compelling users to want more,” said Merel. “This is crucial for VR and mixed reality — although not for some AR applications where users need to clearly distinguish real from virtual.”

To accomplish immersion, hardware needs to have hyperaccurate position tracking, 3D audio, and more. Additionally, intuitive interactive controllers help aid this experience, and both Oculus and Valve have solutions for this.

Above: Oculus Touch is a breakthrough in virtual-reality input.

Right now, VR usability is a mess if you’re playing with a Oculus Rift development kit. But it’s a factor that Oculus, Valve, and Microsoft are highly concerned about for their VR and AR products.

“The starting point for AR and VR is to at least match what incumbent platforms have done for years,” said Merel.

He notes that this includes having enough processing power to quickly handle commands. It also includes comfort so that the devices don’t chafe people or make them queasy. This is also about input methods like the aforementioned controllers.

Both AR and VR will need to function as multipurpose devices. VR can’t just play games — it’ll need to fit into a workplace as well. AR will need to have capabilities to at least mimic virtual reality when necessary. If it can do that then Merel thinks it will easily start to replace the platforms people use today.

“AR is a general-purpose computing device,” he said. “And it will be used for as many different applications as smartphones and tablets today. So cross-platform operating systems and SDKs for AR and VR make developers’ lives a lot easier.”

This one is probably one of the secret most important things. Wearability means that these devices will have to either look fashionable or turn out so cool that fashionable people adopt them. 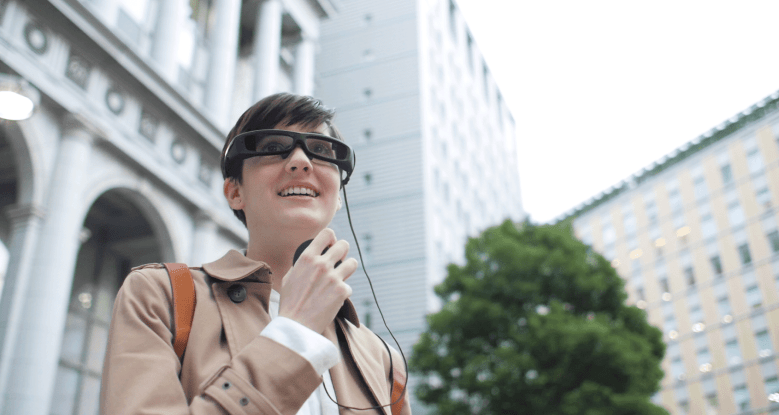 Above: Sony has a superdorky head-mounted display that is a good example of what VR and AR devices should avoid.

“Mass consumer technology looks beautiful and feels great to use without compromise,” said Merel. “Putting something on your face is more personal than pulling a phone out of your pocket, with design style and comfort top of the list. AR faces greater challenges than VR because of its usage on the street, with tradeoffs between size, weight, and power dependent on battery life and efficient CPUs and GPUs.”

Of course, the ideal for both AR and VR are computers that are barely bigger than traditional sunglasses. That will likely happen eventually, but probably not before 2020.

Finally, price is key. AR and VR aren’t going to generate $150 billion through hardware sales. It’s only going to do that kind of business if people are using these head-mounted displays to purchase software. And they’ll only do that if they can afford the visors in the first place.

“Immersive VR must follow the path trodden by PCs and consoles to reach a mass audience,” said Merel. “Ambient VR needs to be even less expensive.”

But we’ve already seen very expensive devices like iPhone and Androids dominate the world, and the strategy that enabled the smartphone revolution could work here as well.

“[But] Verizon, AT&T, and T-Mobile remain to be convinced that subsidizing AR and mixed reality like smartphones is a good idea,” said Merel. “This means buying into those platforms becoming the future of mobile voice and data revenues. AR players should be talking to the telcos now, because there’s a lot of educating to do.”