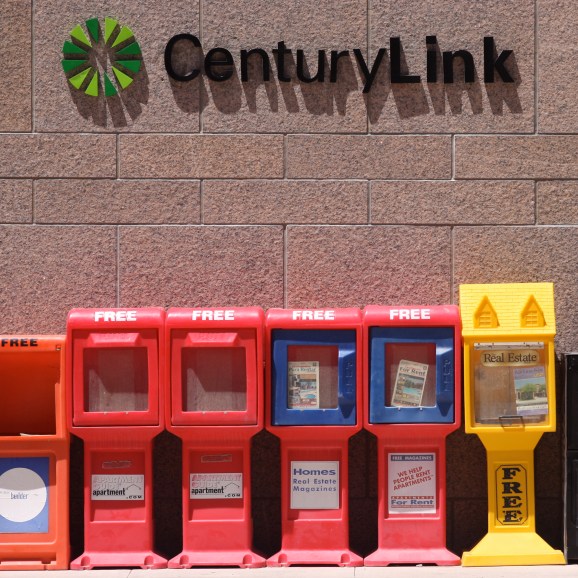 He’ll spend his last day at the company next week, a source familiar with the matter told VentureBeat. CenturyLink has not found a replacement for him, the source said.

Carlson’s next chapter sounds like a tech founder’s daydream: moving from his home in Portland, Oregon, to Paris, to write novels. But our source said it’s true. A second source confirmed Carlson’s departure.

During his time at CenturyLink, Carlson helped launch the Panamax open-source tool for deploying applications in Docker containers. He also helped disseminate content about using Docker and other developer tools through the CenturyLink Innovations Lab.

Carlson is leaving a company that has tried hard to compete with top public cloud Amazon Web Services. Other telcos, like Verizon, have also been trying to grab public cloud market share, too.

In addition to buying AppFog — one of the early platform-as-a-service (PaaS) startups — CenturyLink has also bolstered its cloud portfolio through the acquisitions of Orchestrate, Tier 3, and DataGardens. Earlier, CenturyLink bought Savvis.

And it wouldn’t be surprising for Monroe, Louisiana-based CenturyLink to continue making acquisitions.

“Historically, much of our growth has been attributable to acquisitions, including our purchases over the last couple of years of several businesses primarily to augment our hosting services,” CenturyLink said in its annual report in February.

Through the AppFog acquisition CenturyLink picked up a person who has pushed the adoption of containers, which are an alternative to virtual machines, several of which can run applications on a single physical server. Carlson has helped CenturyLink stay visible in that trendy area. It’s too bad that the company wasn’t able to retain him.

CenturyLink did not immediately respond to a request for comment.