Three weeks back, China-based smartphone maker OnePlus revealed it would be launching its second flagship phone, the OnePlus 2, at an event on July 27. Except it’s not going to be a normal event streamed across the Internet — it will be broadcast in virtual reality (VR).

However, rather than requiring you to purchase an expensive headset like the Oculus Rift, OnePlus engineered its own custom “cardboard” VR headsets, similar to Google Cardboard, and orders opened last week.

VentureBeat’s version has now arrived, so if you’re new to the world of cardboard VR headsets, we can tell you how it works.

The OnePlus Cardboard requires a minor bit of assembly, but it’s far from rocket science. First up, you pull out the flaps that are tucked inside the unit. 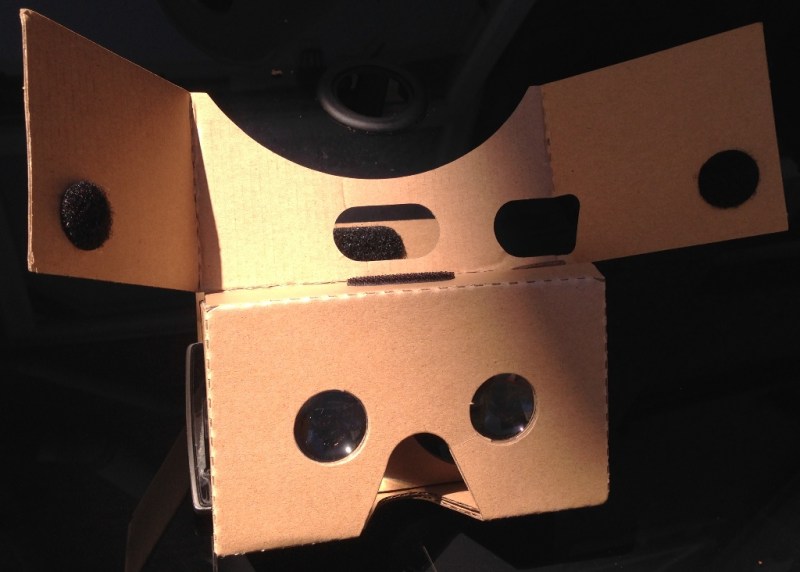 Above: OnePlus Cardboard: Folding into shape

Then swivel them round to the back of the headset — this is what will serve to block light when you look through the eye-holes. 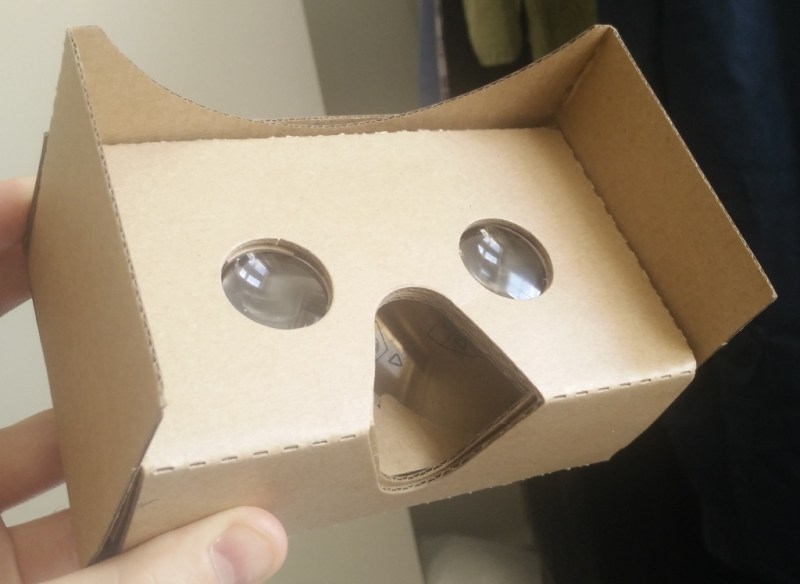 Next, you insert your phone inside the little flap at the front, and close it using the Velcro fasteners. It’s worth noting here that, although it was built to fit the OnePlus One handset, the headset will work with any similar-sized smartphone, so anything 4.5″ to 6″ should be fine. 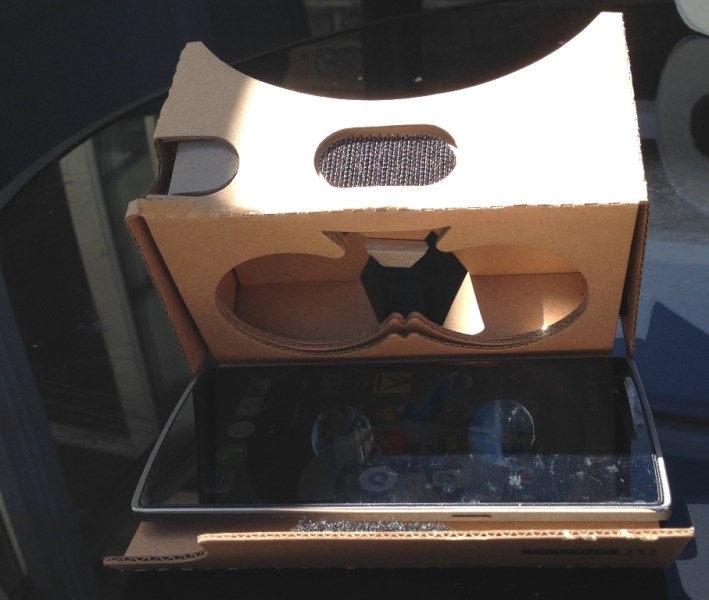 You’ll then need to find and install apps that are compatible with the OnePlus Cardboard. The good news is the ones that have already been built for Google Cardboard will work just fine here.

I tested out the North Face “Climb” app, which demonstrates what rock climbing and base jumping is like through a 360-degree VR film. Without the headset, the app looks like this. The image is split in half, with one image for each eye, but the built-in lenses on the Cardboard creates a single, stereoscopic 3D image. Indeed, when you insert your phone inside the Cardboard, you’re taken to an immersive landscape, where the environment changes as you move your head. 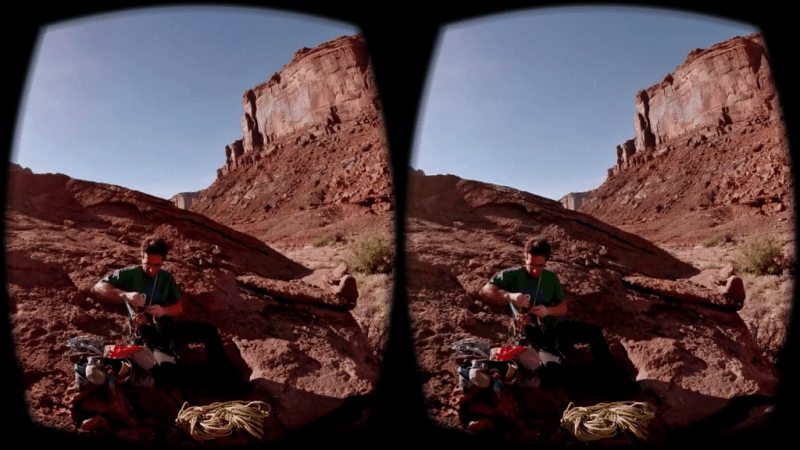 While the price of Google’s various Cardboard contraptions hovers around the $20 mark, you can pick up DIY kits and copycat versions for just a few bucks on Amazon or eBay. OnePlus’s is completely free, though you do have to pay $5 for delivery.

If you’ve never used a Cardboard-style VR headset, they’re far from perfect. Samsung has produced its own VR headset called the Gear VR, which is similar to Cardboard insofar as it relies on your phone rather than having its own screen. However, it is a proper mounted unit that straps to your head, which explains why it costs $200.

Though this is obviously a budget box from OnePlus, it would be better if you could actually strap the unit to your head — as things stand, you have to hold it up to your face, like a View-Master. 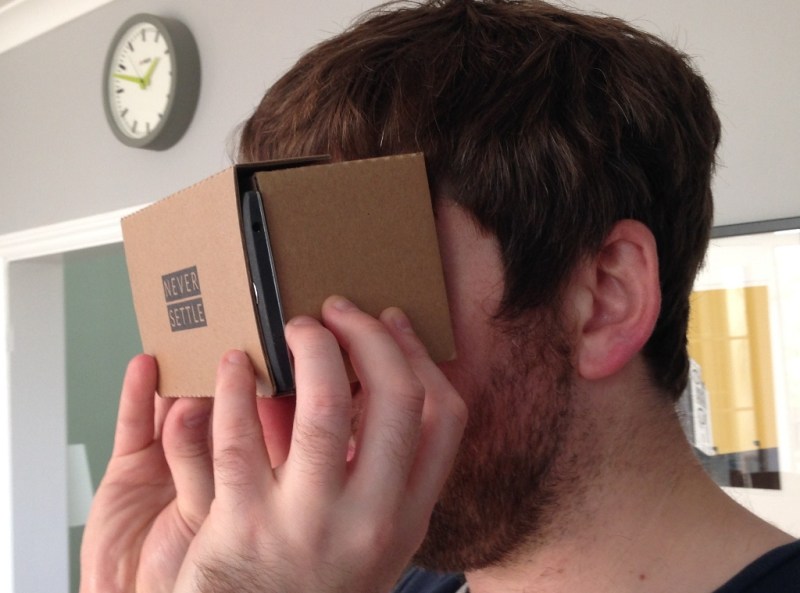 Additionally, the much-maligned “puke problem” has plagued virtual reality for a long time, and with Cardboard I did feel slightly nauseous after a couple of minutes. The problem stems from a slight lag between the on-screen graphics and the user’s actual physical movements. It seems not everyone experiences it — I do, however.

Overall, OnePlus has basically emulated the existing cardboard headsets on the market, including Google’s. But it’s worth remembering that the idea behind this particular initiative is to encourage people to order one so that they can watch the OnePlus 2 launch event in virtual reality later this month. That’s surely a first for any tech startup, right?