The apps and games you use every day don’t exist in a vacuum — someone, somewhere, wrote the code.

That also goes for the underlying platforms and hardware that those apps run on. And the web. And the entire Internet itself.

Even the programming languages that people use to build this stuff first had to be written by somebody else.

So who’s at the top of the programming pyramid?

Linus Torvalds created Linux, a free operating system, in his dorm room at the University of Helsinki. Today, Linux is the operating system of choice for data centers, supercomputers, and server farms everywhere — as well as a dedicated cadre of enthusiasts. 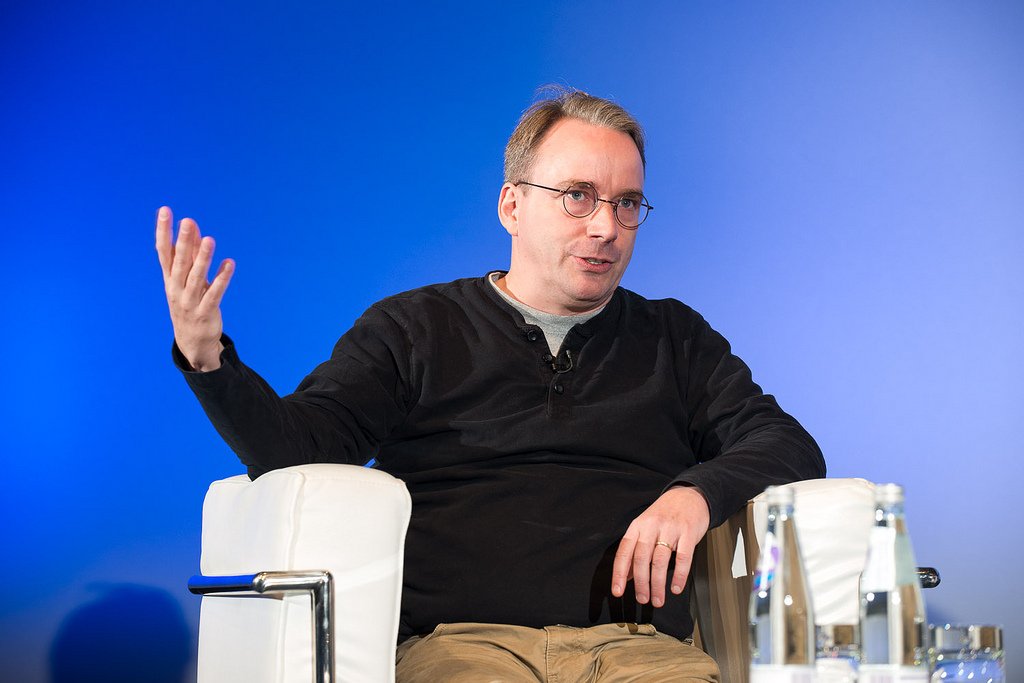 Torvalds is also well known for his sharp tongue — when an audience member at a recent talk asked Torvalds if he thought his manner was turning off members of the Linux community, he replied “I don’t care about you.”

Sir Tim Berners-Lee is the only entrant on this list to earn a knighthood from Queen Elizabeth II. He invented the hypertext transfer protocol (HTTP), the technology on which the entire World Wide Web is built. 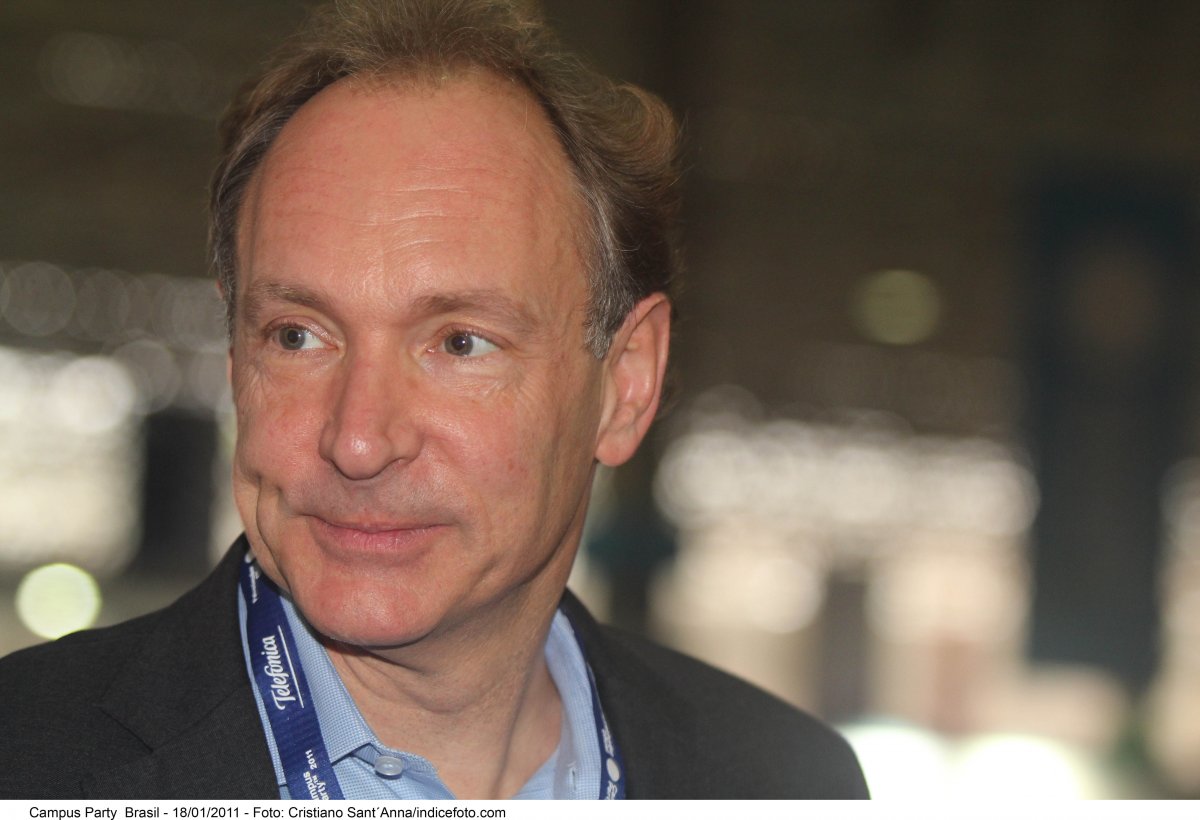 These days, Berners-Lee is leading the Alliance for Affordable Internet, a non-profit backed by the likes of Google, Facebook, and Microsoft, that’s trying to make broadband Internet access more affordable for everybody in the world.

Donald Knuth’s academic work in computer science has earned him the title of the “father of the analysis of algorithms.” Everything from the Facebook news feed algorithm to Amazon suggestions owes something to his work. 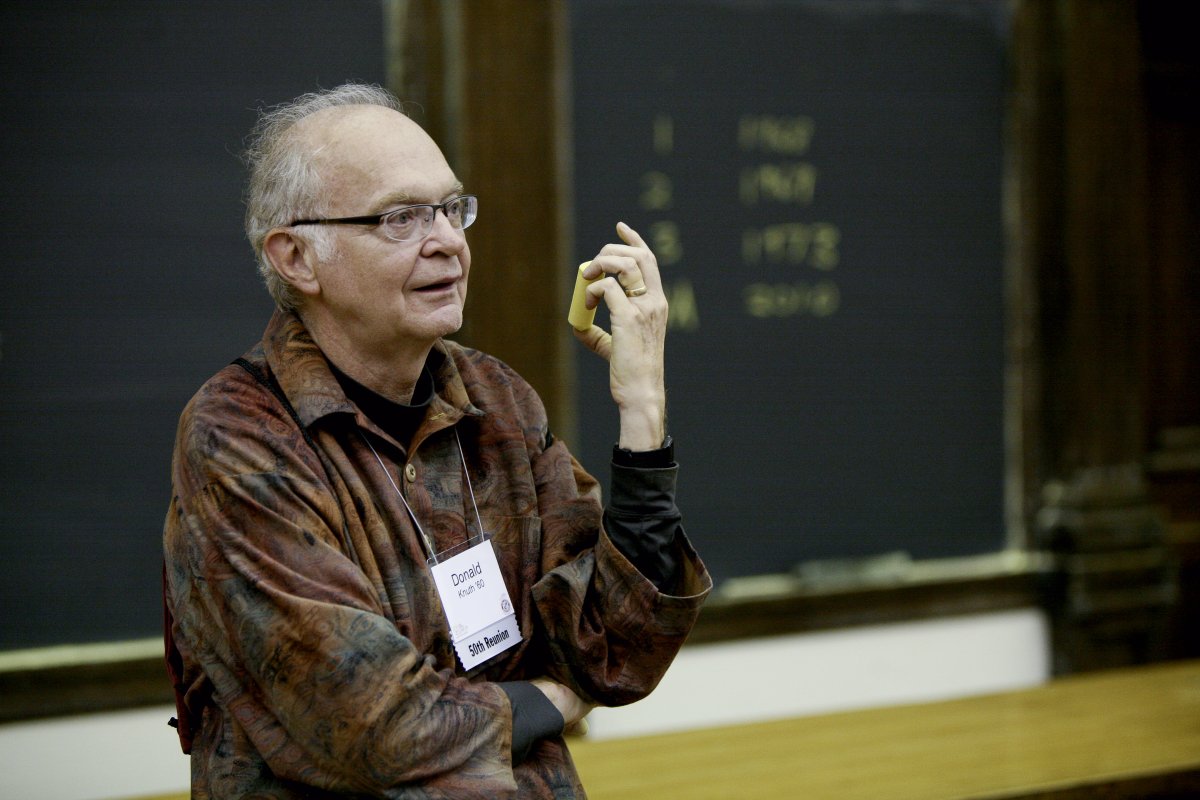 Above: Donald Knuth, the “father of the analysis of algorithms”

At 77 years old, Knuth is still writing his multi-volume work “The Art of Computer Programming,” with the most recent installment coming out in 2011. He’s also a professor emeritus at Stanford University.

Brendan Eich is the inventor of JavaScript, which is basically the de facto standard for web app development. 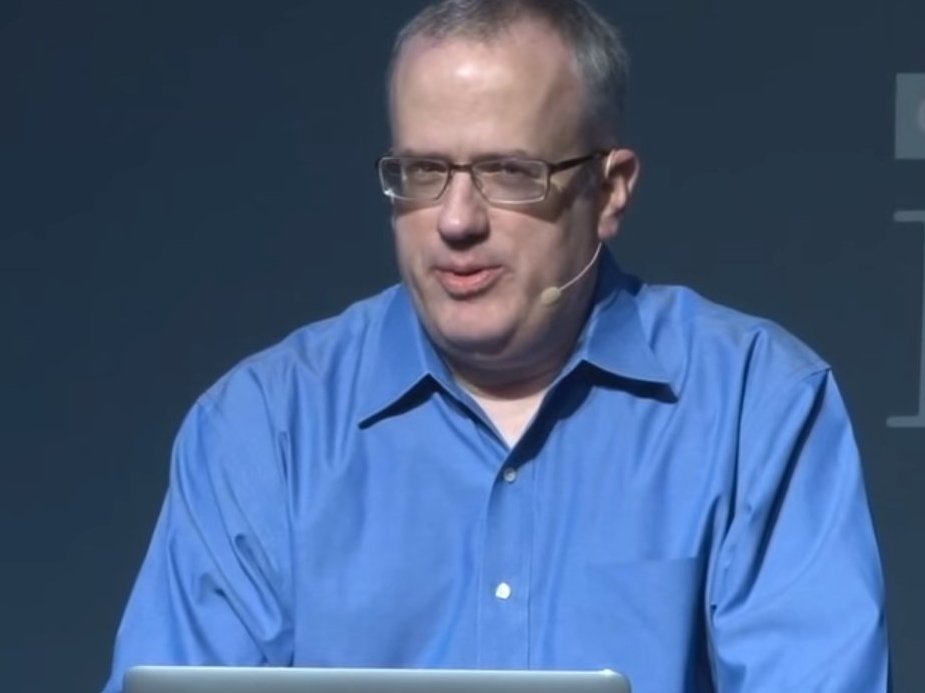 More recently, Brendan Eich was the source of a lot of controversy: Shortly after being appointed the CEO of Mozilla, the company that makes the Firefox web browser, it came to light that he had made a personal donation to the National Organization for Marriage, a group that supported California’s Proposition 8, which banned same-sex marriage. He stepped down shortly after that.

Solomon Hykes was the originator of Docker, a super-hot technology that developers love because it lets them write code once and run it anywhere. 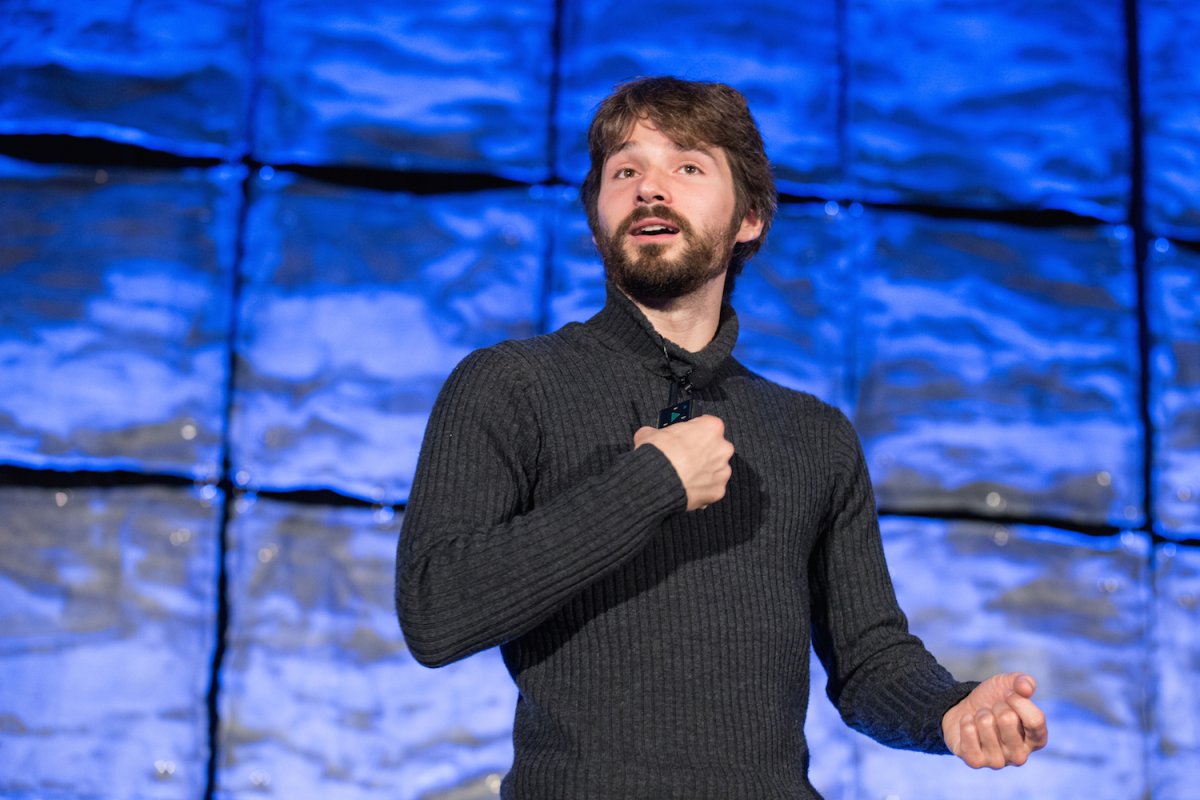 Docker actually started as a side-project of a company called dotCloud. But when Docker took off, the company pivoted to support it. Today, Docker is rumored to be valued at over $1 billion. 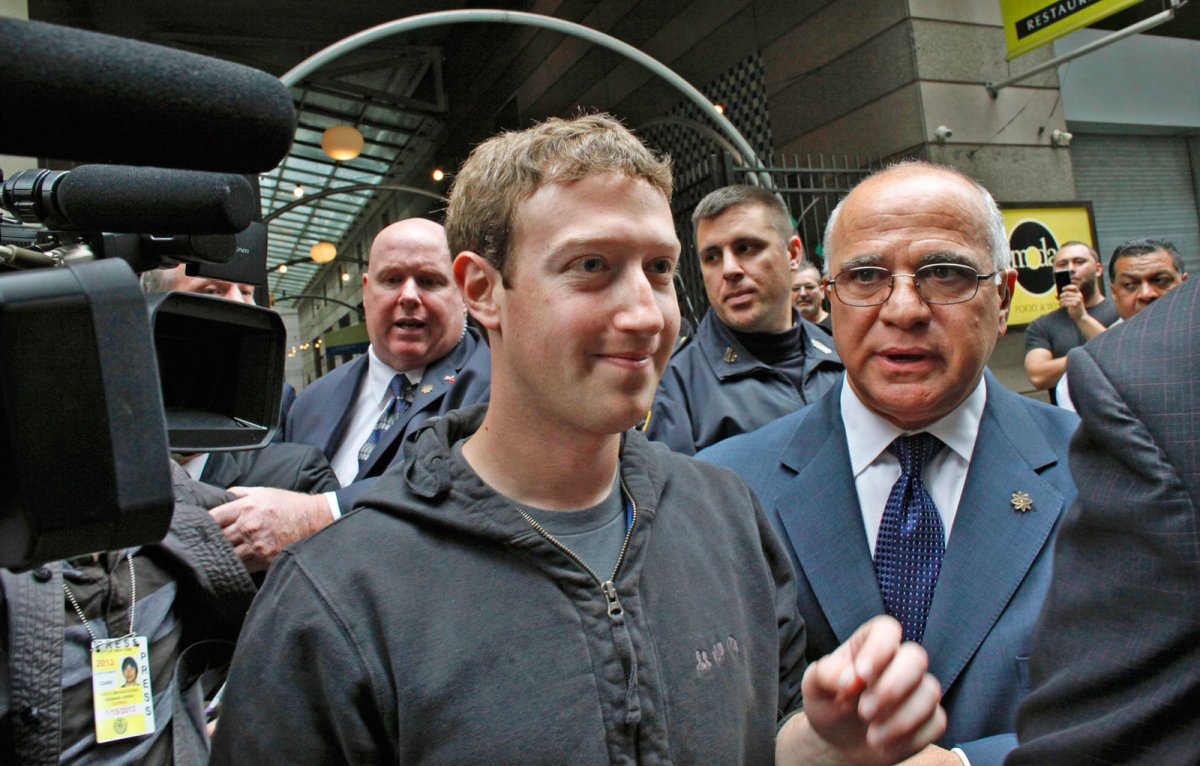 Danish programmer David Heinemeier Hansson (known to the programming community as DHH) created Ruby on Rails, a super-popular web programming framework that earned him the 2005 “Hacker of the Year” award from Google. 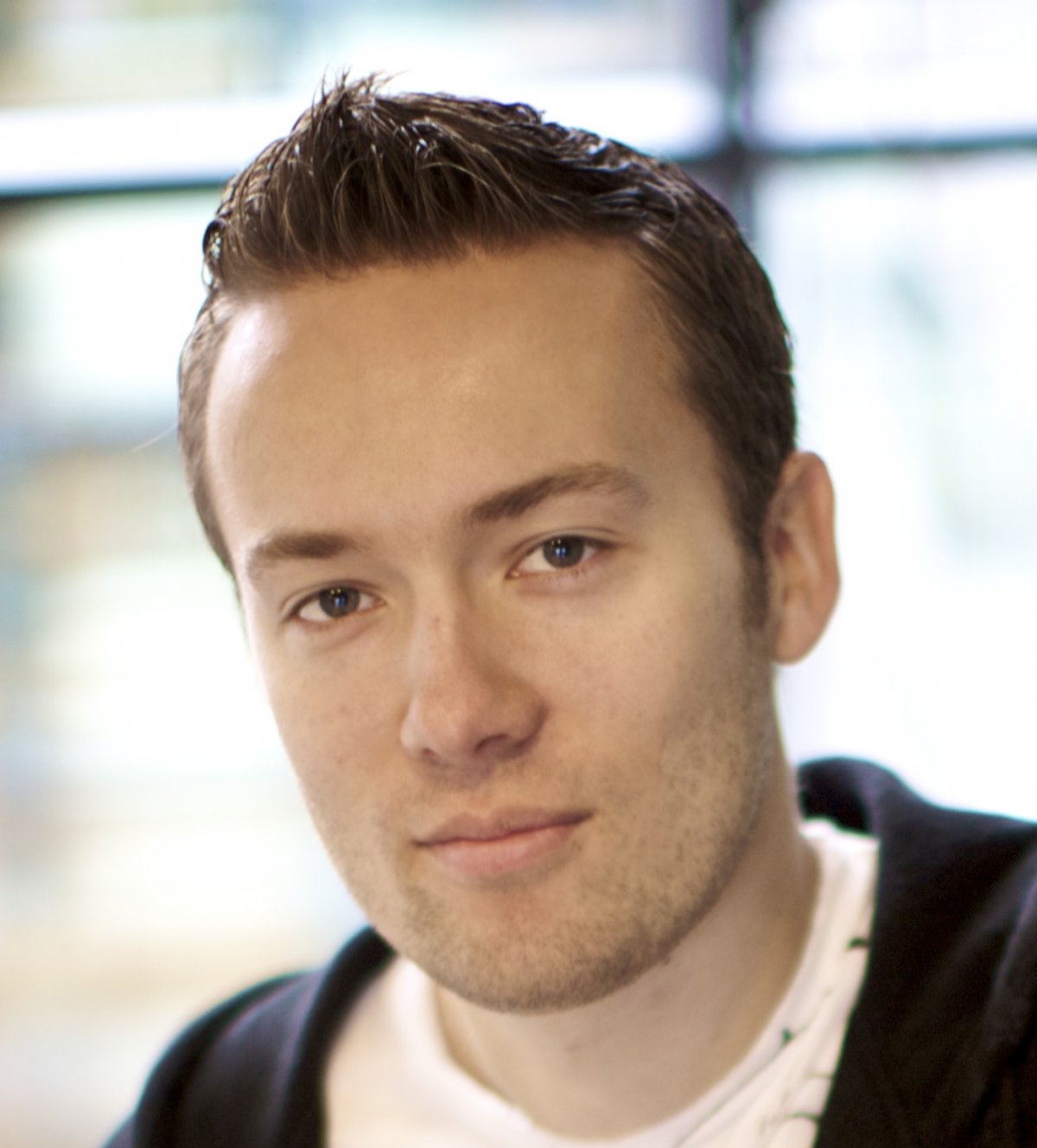 Richard Stallman has been fighting for software freedom since the eighties, spearheading multiple successful projects to spread programs and tools that aren’t owned by any one company. 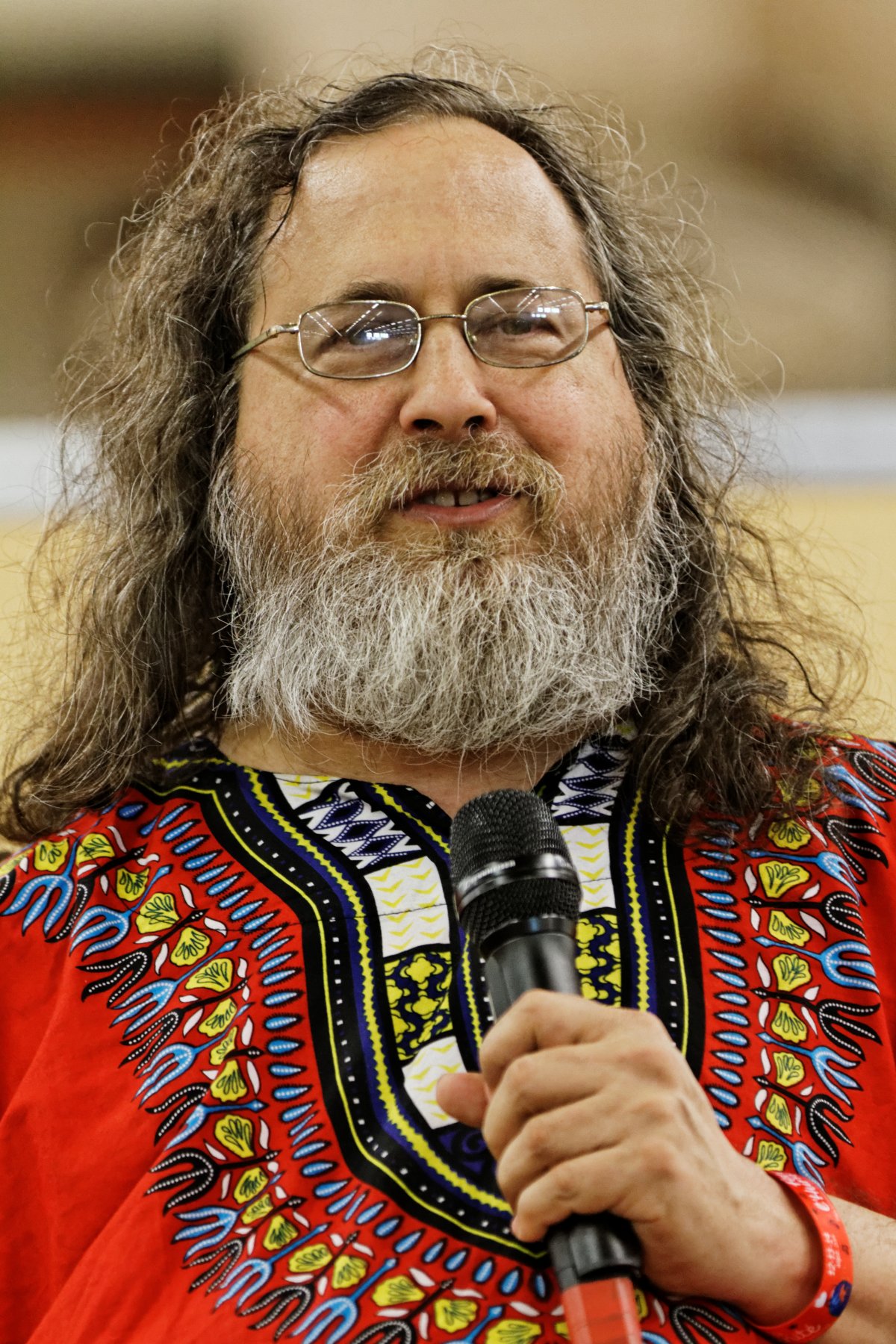 Stallman is perhaps best known for coming up with the concept of “copyleft,” which is the idea that copyright law can be applied to make sure that software stays in the public domain — the same concept that’s led to the open source movement that’s given us hot technologies like Docker, Linux, Hadoop, Spark, and many more.

Bram Cohen invented the BitTorrent protocol in 2001, which broke new ground in giving users faster downloads by breaking up a huge file to a bunch of smaller ones that could be downloaded concurrently. 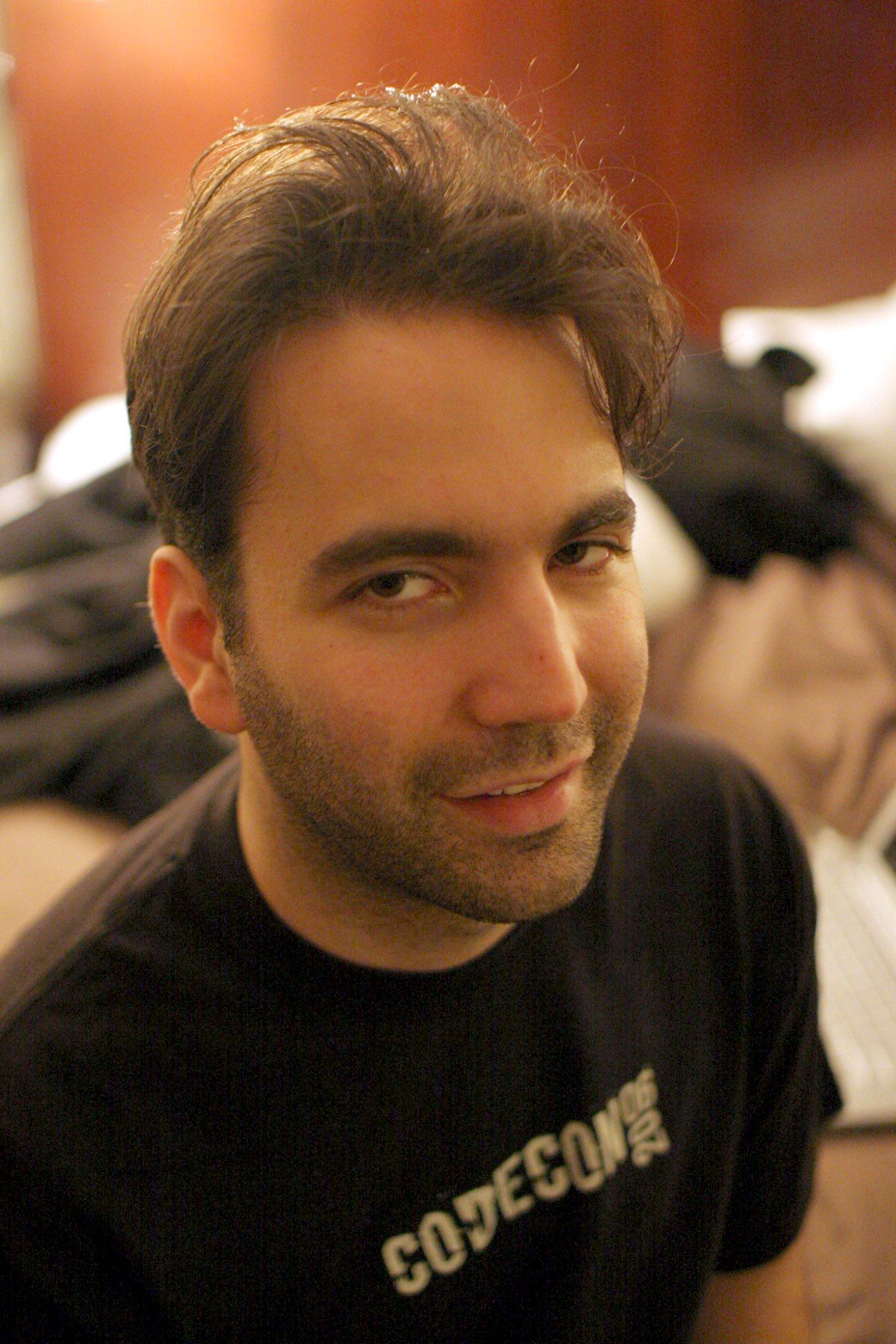 Above: Bram Cohen, CEO and Founder of BitTorrent

BitTorrent is tremendously popular, with an estimated quarter of a billion users worldwide. Last year, Radiohead’s Thom Yorke distributed a new album exclusively on BitTorrent, which made him millions. Still, BitTorrent’s anonymous nature and rapid download speed have made it a popular format for music, movie, and game piracy.

James Gosling invented Java, which is tied with JavaScript as the most popular programming language in the world. (The two languages are actually not very similar at all, except for their names.) 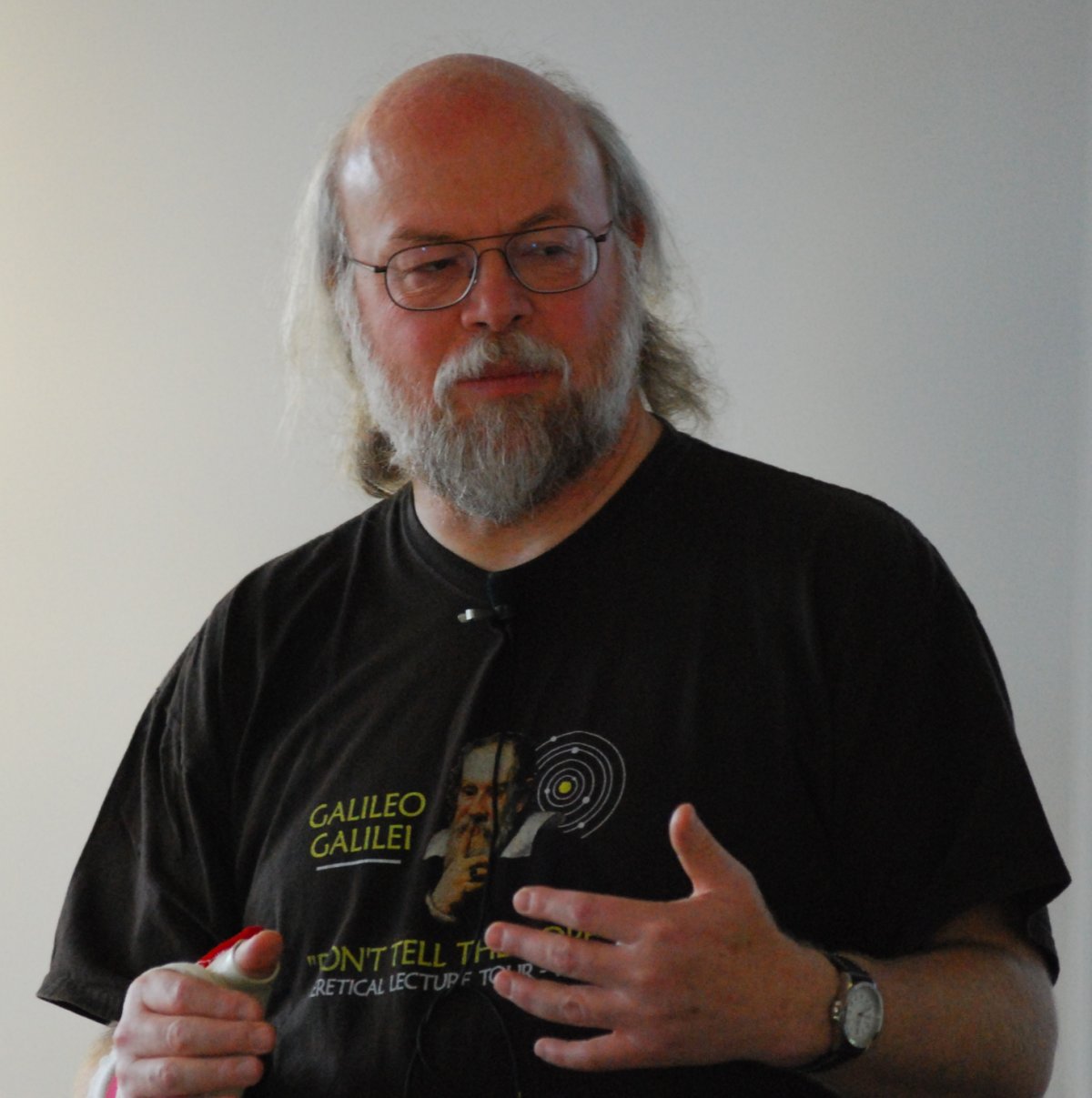 Above: James Gosling, inventor of the Java programming language.

Gosling invented Java while working at Sun Microsystems, a pioneering technology company that Oracle purchased in 2010. After the acquisition, he left the company and became one of Oracle’s biggest critics. Since then, he worked a short five-month stint at Google before joining a startup called Liquid Robotics.

Danish computer scientist Bjarne Stroustrup invented the C++ programming language in 1978, taking the C language invented by the late Dennis Ritchie and adding new features that made it more usable by the masses. 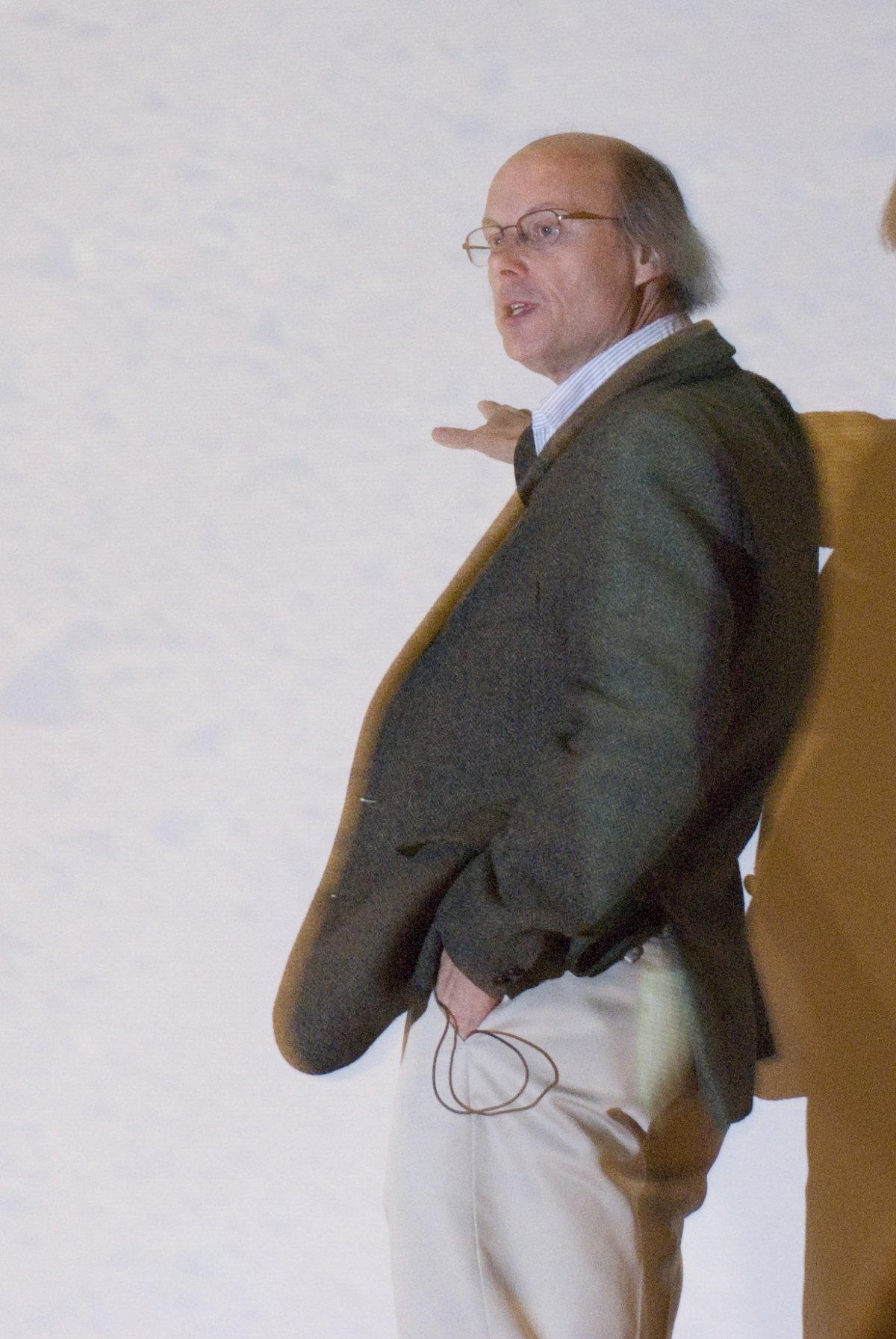 Above: Bjarne Stroustrup, inventor of C++

John Carmack, co-founder of id Software, is best known as the creator of Doom. But he pioneered 3D graphics tricks and techniques that are still at work today. 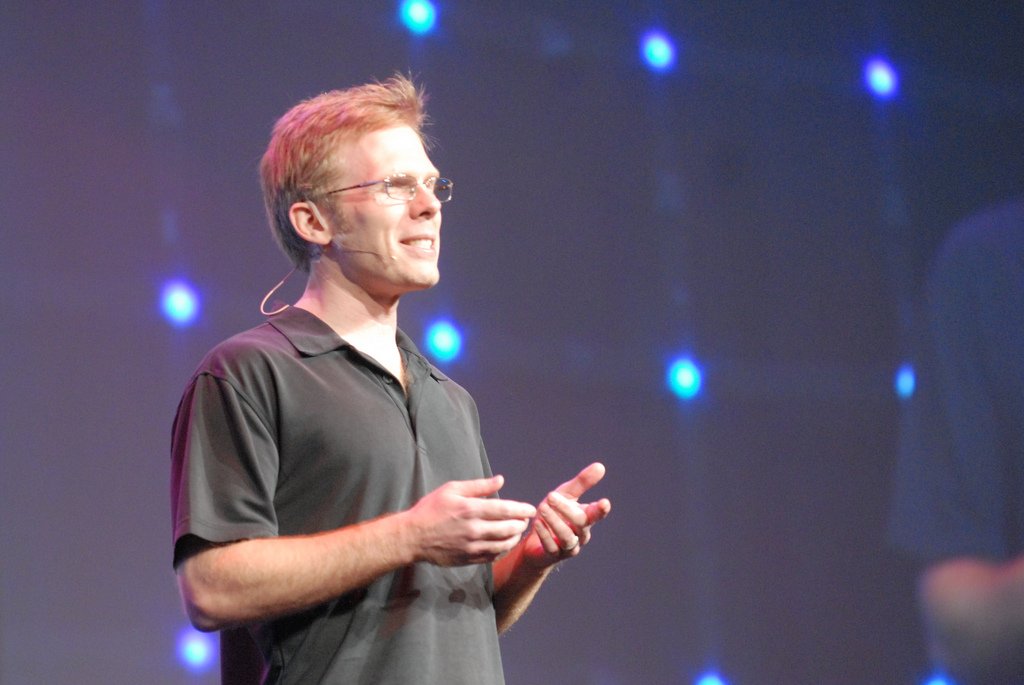