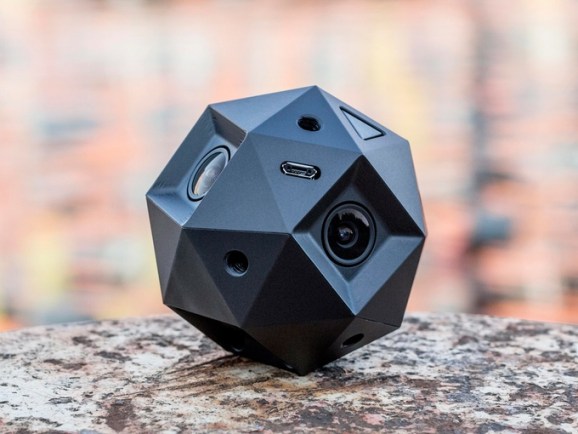 Each week our friends at Backerjack highlight a cool crowdfunded gadget. This week we look at Sphericam 2, which is approaching 125 percent of its $150,000 goal.

The recent explosion of interest in virtual reality poses a problem that’s long been associated with new media: a dearth of content. The original Sphericam 360-degree video camera sought to answer that call a few years ago. It received more than three times its Kickstarter funding goal in 2012, raising more than $34,000.

Sphericam 2 is an enhanced, 4K version of the spherical video camera that also taps into growing interest in the VR device market. Its six image sensors and lenses can shoot video of anything surrounding the user. That video gets automatically stitched together and can be viewed on VR headsets including the Oculus Rift and Google Cardboard, as well as tablets or smartphones.

Sphericam 2 can also take still photos with a resolution of about 4100 x 2150 and can capture video at up to 60 frames per second for silky-smooth action. The company also offers some removable legs to help it survive a drone crash. It will ship with a protective carrying case at $1,499 in December. Its maker set a more ambitious Kickstarter goal this time around: raising $150,000 by July 30.

The Sphericam 2 is clearly a tool for pros or amateurs with generous budgets, but the potential market for it will probably get much larger as more VR headsets reach the consumer market. Some customers may also be reluctant to buy a device, for now, whose image quality is hard to fully appreciate from an online campaign video.

To keep up with the latest crowdfunded tech innovations, sign up for the Backerjack Daily Digest.