When you think of Adult Swim Games, you probably picture ridiculous, silly browser-based titles like Robot Unicorn Attack or PizzaWizard+. Traverser, the latest from Adult Swim, is not like those games.

With its dystopian, propaganda-littered world and its gravity-bending puzzles, Traverser (out now on Steam for PC) resembles a cross between the depraved first-person shooter-adventure series BioShock and Gravity Rush, the 2012 PlayStation Vita game where you manipulate gravity to traverse a giant cel-shaded city. And like Gravity Rush, you play as a girl — in this case, a kid named Valerie Bennett, the daughter of an esteemed inventor.

But Swedish developer Gatling Goat Studios promises that its debut game isn’t as dark as you might be thinking. “While the game definitely takes some inspiration from worlds such as the one in BioShock, we’ve tried to add a bit more color and humor into the mix,” Martin Sundberg, the CEO of Gatling Goat, told GamesBeat over email. “Not only in the environment, but in the characters as well. Everything has a bit of quirkiness added to it, much like the worlds and characters created by Tim Burton. The setting can be dark and grim, but the lighthearted mood prevents things from becoming too depressive.” 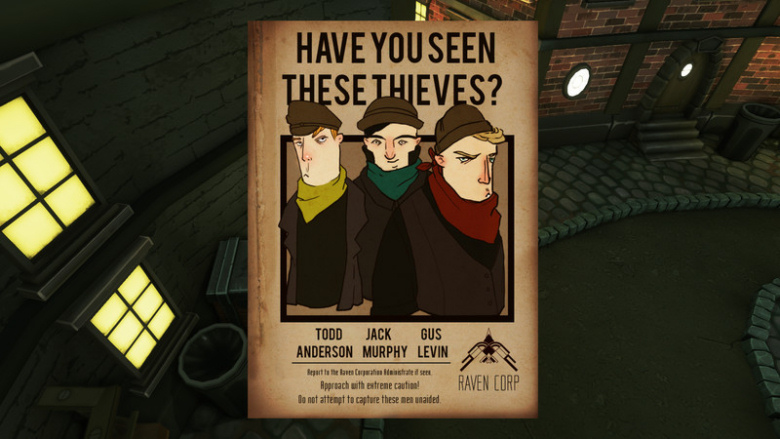 Above: Just some of the characters you’ll meet as you venture throughout Brimstone.

Still, Traverser deals with some heavy themes: The sun has blinked out, and mankind has retreated underground to Brimstone, the last surviving city on the now ice-covered Earth. The powerful Raven Corporation — with eyes everywhere — controls a resource that’s become more precious than oil is to us today: oxygen, in the very air we breathe.

Gatling Goat thought of the whole concept in 2013, when it stumbled across a video on YouTube called “What If the Sun Disappeared?” — and the questions started piling up.

“While we haven’t exactly tried to convey a specific environmental message with our game, it’s more of a ‘what if?’ story,” Sundberg said. “We’ve taken a lot of creative liberties when making the world, but a lot of what we’ve made is also based on scientific speculation. In the case of Traverser, the sun disappeared without notice, and for all we know it was caused by natural forces, not mankind itself.” 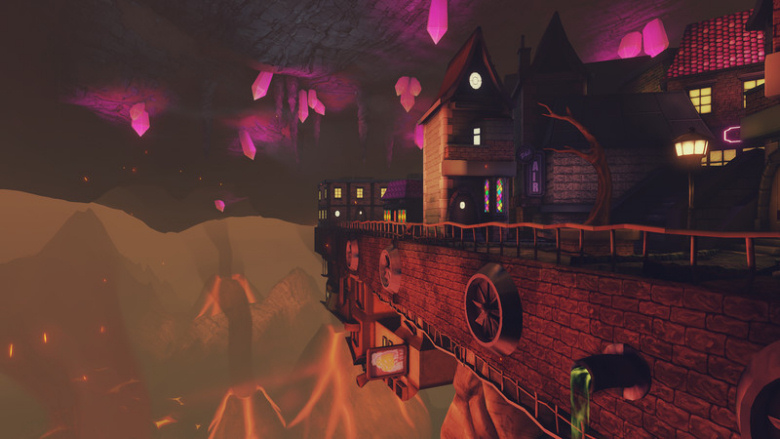 Above: The city of Brimstone, upper level.

At the beginning of the game, Valerie’s father, the famous Linus Bennett, is suffering from a bad cough and sends Valerie to fetch a fresh oxygen tank — right before her big test to become a “traverser,” a member of the secret group of peacekeepers-slash-spies who can flip between the upper and lower tiers of Brimstone at will using their exclusive, Raven Corp-designed Gravity Gloves (and other cool gadgets).

“Oxygen became a sort of payment system for everything inside of Brimstone,” Sundberg said. “It’s all a matter of supply and demand. If oxygen came in short supply, it would understandably become more valuable to us than ever before because of how important it is for our very existence. We don’t need money to survive. We played with that thought and shaped the world of Traverser from this perspective. While the lack of air is less obvious in the richer part of the city, the poor side is filled with dust, and citizens may suffer from oxygen deprivation. It results in some individuals being just a tad bit more crazy than others, which fits well with the game’s quirky personality.”

Gravity might seem like a weird focus for a post-apocalyptic game such as Traverser, but Gatling Goat wanted to toy with the idea of the two parts of the city being on opposite ends of each other, with traversers like Valerie moving freely between the two sides. 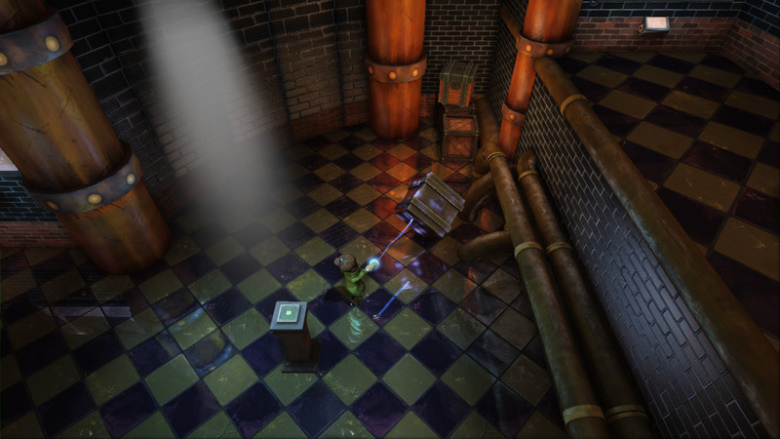 Above: One of the uses of the Gravity Glove.

“We have tried to build the world to really focus on the adventure and story aspect of the game, so you are also encouraged to run off the beaten path and explore in order to find hidden clues and collectibles, which will give you even more insight into the lives of the citizens,” Sundberg said. “Some enemies require you to be a bit more sneaky, but if you fail to do so, you can either stun them for a short period of time by hitting them with whatever object you can find or you can use objects as shields against projectiles.”

Like in other stories, technology and nature clash in Traverser, and that’s one of the themes it explores. But it’s not so much about which is better than it is about what happens when one is taken out of the equation completely.

“The people who survived the extinction felt like nature had failed them, [so] they needed to stop relying on nature and instead rely on technology for the safety of mankind,” Sundberg said. “Though, there are many problems facing them when nature cease to function, and they barely have the means to survive down there.

“Because there isn’t much nature left to be considerate of, the citizens don’t care much for things like recycling and pollution restrictions. It’s an unfortunate world where too many people have the idea that ‘nature hasn’t helped me, so why should I be considerate of it?'”