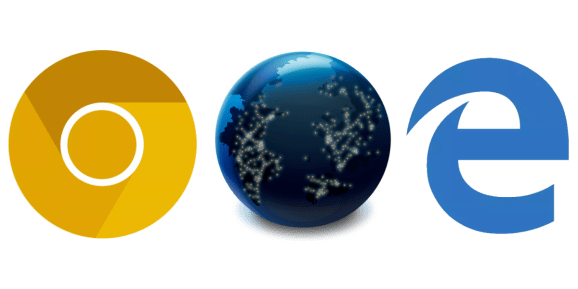 A lot is happening in the browser world this year. Google Chrome recently passed 1 billion users, Mozilla revealed big changes are coming to Firefox, and Microsoft is finally building its successor to Internet Explorer, called Edge. Clearly, the next browser battle is brewing, and I really can’t think of a better time to bring back my benchmark rundown from nearly five years ago.

That said, while Windows 10 is supposed to hit RTM this week, it won’t be available until July 29. Even then, most Windows users will only be able to get it weeks, if not months, later.

And hence why this is a “beta browser benchmark.” I’m using the term “beta” loosely to acknowledge that Microsoft Edge isn’t ready for prime time yet, and I figure it’s only fair that we test Firefox Nightly and Chrome Canary rather than their stable counterparts.

A benchmarking program that can test browsers in a definitive way simply does not exist. As such, we’re going to go through eight benchmarks. We’re also only focusing on Windows to maintain a common platform, and since that’s what the larger majority of desktop users browse on.

We split off a new 75GB partition for a fresh install of Windows 10 Pro (64-bit). We used build 10162, as that’s the latest one that Microsoft currently provides an ISO for, and we had issues upgrading to build 10166.

We then ran each of the eight tests on each browser, making sure to take screenshots along the way. Please note that if you try to replicate the tests, your results will of course differ because you’re using a different computer.

Google describes Chrome Canary as “the most bleeding-edge official version of Chrome and somewhat of a mix between Chrome dev and the Chromium snapshot builds.” We used version 45.0.2454.3; you can download the latest Canary build from here.

As its name implies, Firefox Nightly builds consist of the latest Firefox code packaged up every night for bleeding-edge testers. We used version 42.0a1 (2015-07-12); you can download the latest Nightly build from here.

Microsoft Edge is Microsoft Internet Explorer’s successor. We used version 20.10162.0.0. Because Edge will be shipping on all Windows 10 devices (PCs, tablets, smartphones, and so on), you can only get it right now by installing a preview of Microsoft’s latest operating system.

Finally, the part you’ve been waiting for. Again, please remember that the exact numbers don’t matter: How they compare between browsers within a given test is what counts.

Here’s the rundown (click on an individual test to see the nitty-gritty details):

If you’d prefer to see all the results on one page, please click here.

While Chrome is the clear winner here, neither Firefox nor Edge performed particularly poorly. The fact of the matter is that browser performance is improving at a very rapid pace, and it shouldn’t be your only consideration when picking what tool you’ll use to consume Internet content.

The good news here is Windows users look like they’re getting a solid new default browser. We’ll give these tests another look soon after Windows 10 arrives at the end of the month.