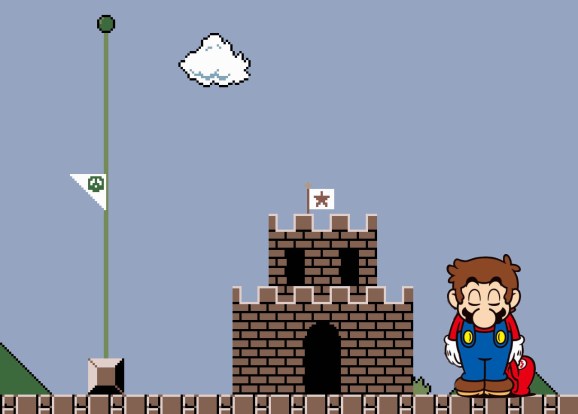 Nintendo's Iwata is gone, but he isn't forgotten.

Gaming has lost one of its titans, and the industry is putting aside talk of exclusive downloadable content and co-marketing deals to remember a beloved leader.

Nintendo president Satoru Iwata died on Saturday. After the company announced his passing on Sunday, many of the top executives and game makers from around the world came out to share their sadness. This includes Nintendo competitors like Sony and Microsoft.

Iwata was a developer and a gamer. He was one of us. And you can see the importance of that from emotional outpouring.

Here’s what the industry had to say:

“In my heart, I am a gamer”. Thanks for all the amazing memories. #RIPIwata

Just learned the sad news about Iwata-san, rest in peace, you will be missed. http://t.co/ESv35ZFOHy

An incredibly sad start to the week. RIP Satoru Iwata. You had the respect of a world of gamers, including all of us at Rare. #ThankYouIwata

“We are deeply saddened by the news of Mr. Iwata’s passing. He contributed greatly to gaming through his leadership, vision, and commitment to delivering fun for everyone.

“On behalf of PlayStation, we’d like to extend our deepest condolences to Mr. Iwata’s family, friends, and everyone at Nintendo. We shall miss his passing for as long as there is gaming.”

Thank you for everything, Mr. Iwata.

Really sad to hear about Iwata-san's passing today. As a fan of Nintendo since the NES, my heart goes out to his family, friends, & fans.

Developers and publishers around the world

Listening to the Gary Jules version of Mad World was a huge mistake this morning. You represent everything good and pure about games.

Thank you Mr Iwata. You will be greatly missed! #RIPIwata pic.twitter.com/UOkjdyUa0d

“On my business card, I am a president. In my mind, I am a game developer. But in my heart, I am a gamer.” #RIPIwata pic.twitter.com/cqejnpKeHy

"Our deepest condolences & sympathies go out to Mr. Iwata’s family & everyone at Nintendo. He will be missed." – Yves Guillemot

We offer our sincere condolences at the loss of Nintendo president Satoru Iwata, and express our tremendous respect for his life and work.

RIP Iwata-san, we owe you much – you will be missed.

"On my business card, I am a corporate president. In my mind, I am a game developer. But in my heart, I am a gamer." – Iwata-san

RIP, Mr. Iwata. Thanks for all the incredible fun and inspiration.

Endless thanks and respect to Iwata-san. His talent and humor made the world a better place.

We are sincerely saddened to hear of the passing of Iwata-san. Our best to his family in their time of loss.

RIP Iwata-san. You will be missed

R.I.P. Iwata-san. I never met him. My all time favorite video game is "balloon fight". Thanks.… https://t.co/I5hKWu3DyC

In my heart forever. http://t.co/w4cYNscXFy

Thank you Satoru Iwata, for your talents in development and your genius in leadership. You will be missed. #RIPIwata pic.twitter.com/a44K8gGrlc

Very sad to hear of the passing of Mr Iwata. Sympathies to his family, friends and Nintendo colleagues #RIPIwata

Satoru Iwata was the kind of exec you want, a passionate gamer, 'one of us'. Sorry to see him go. What an incredible legacy, though.

"In my heart, I am a gamer." -Satoru Iwata #RIPIwata pic.twitter.com/mLbhTdSLaO