The Witcher 3: Wild Hunt is one seriously big game. While riding across its vast lands and getting slightly overawed by the scale of everything, I started wondering just how big CD Projekt Red’s fantasy role-playing epic actually is.

The Polish developer helped me get a handle on the game’s sheer size by sharing some numbers behind the breakout hit which sold 4 million copies in its first two weeks.

The Witcher 3 has 172 unique Witcher silver swords. According to Sword-Buyers Guide, it takes around 3-5 hours to traditionally sharpen a sword in real life. You’d need around 688 hours, or 29 full days, to sharpen every one. Luckily, the sharpening process is a lot quicker in the game. 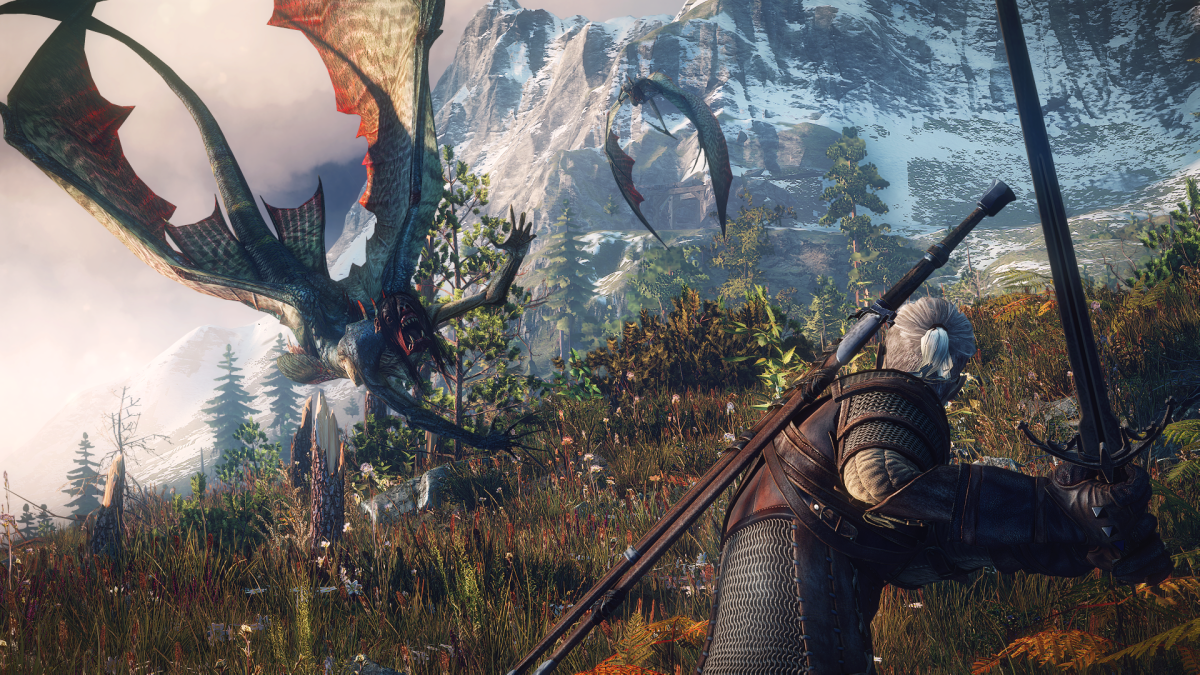 Above: Ugliness can be beautiful in The Witcher 3.

The city of Novigrad — one of the key areas in The Witcher 3 — has 2,000 working doors. If they animated like the infamous doors in the first Resident Evil game — which take 9 seconds to open — it’d take you 5 hours to open every single one (not counting the time taken to loot all the goodies you find). 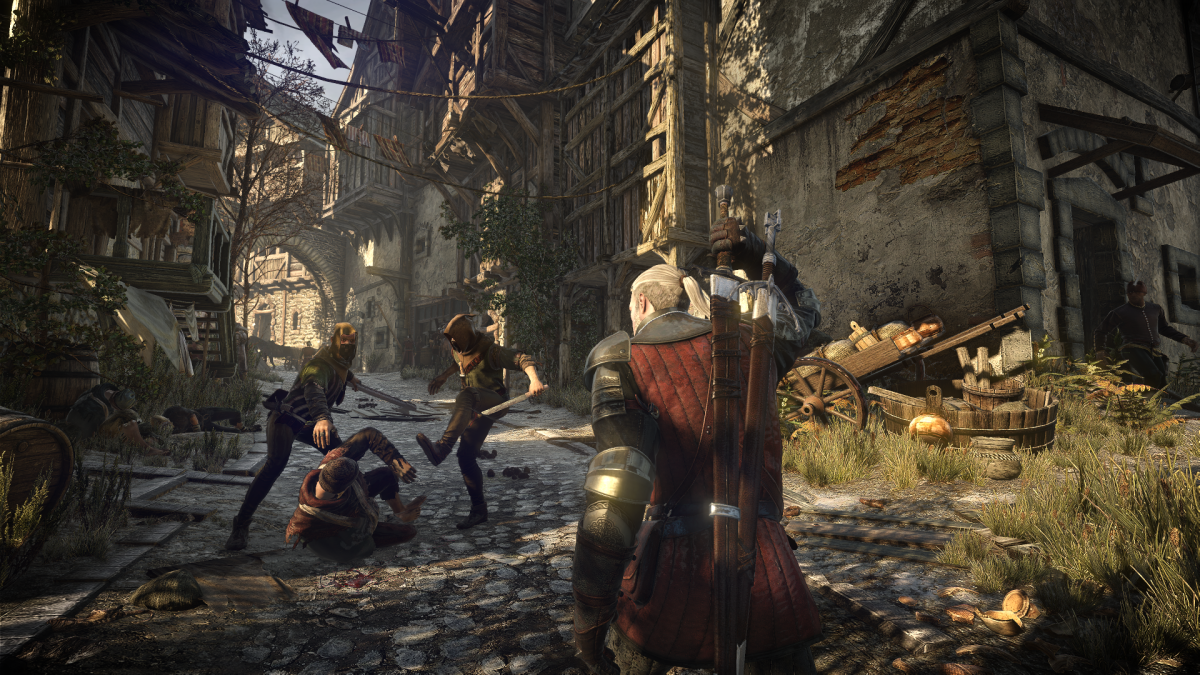 Above: There are a lot of doors in the back streets and the odd fight to break up, too.

This time around, the world of the Witcher is brimming with life. The Witcher 3 has 200 unique communities — villages, cities, and camps — compared to just 5 in The Witcher 2.

In contrast, the state of Wyoming — the least populated in the United States — has just 99 municipalities. The smallest of these is Lost Springs with just four residents, including the mayor. 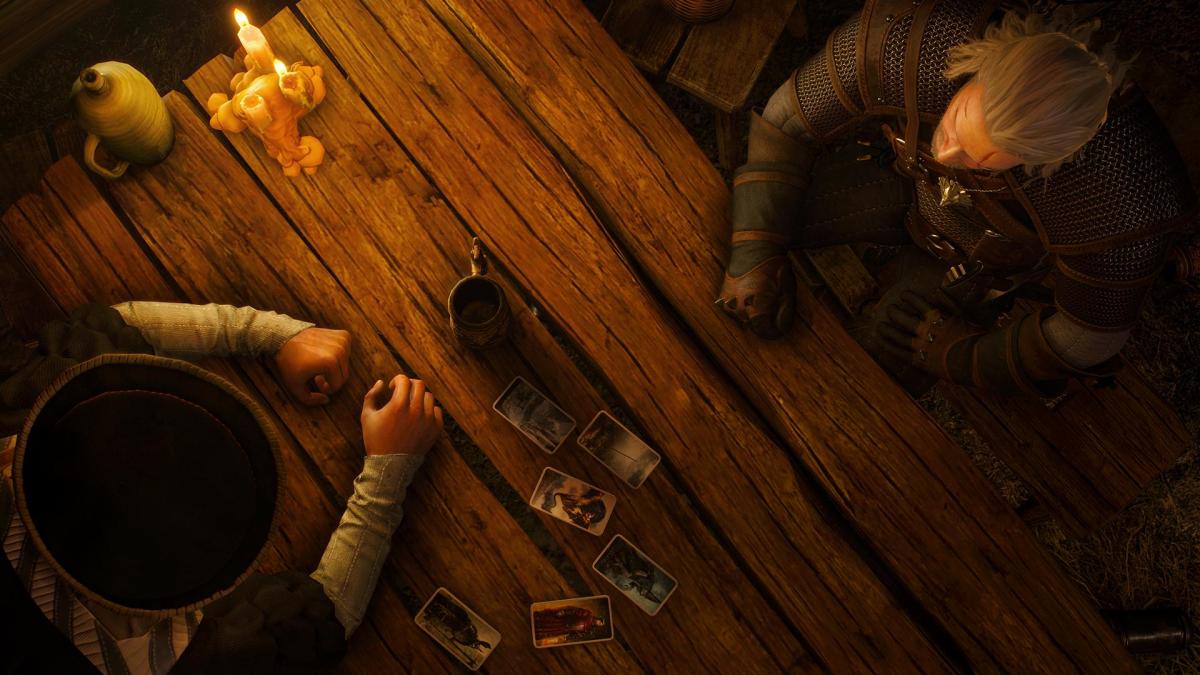 Above: A game of Gwent is always a welcome distraction after a hard day.

The Witcher 3 has 1,500 dialog sequences. It took 6 artists one-and-a-half years to put them all together. With the average British person having 27 conversations a day, it would take them nearly 8 weeks to naturally encounter all the dialog sequences in The Witcher 3. If only there was a ‘skip’ button in real life. 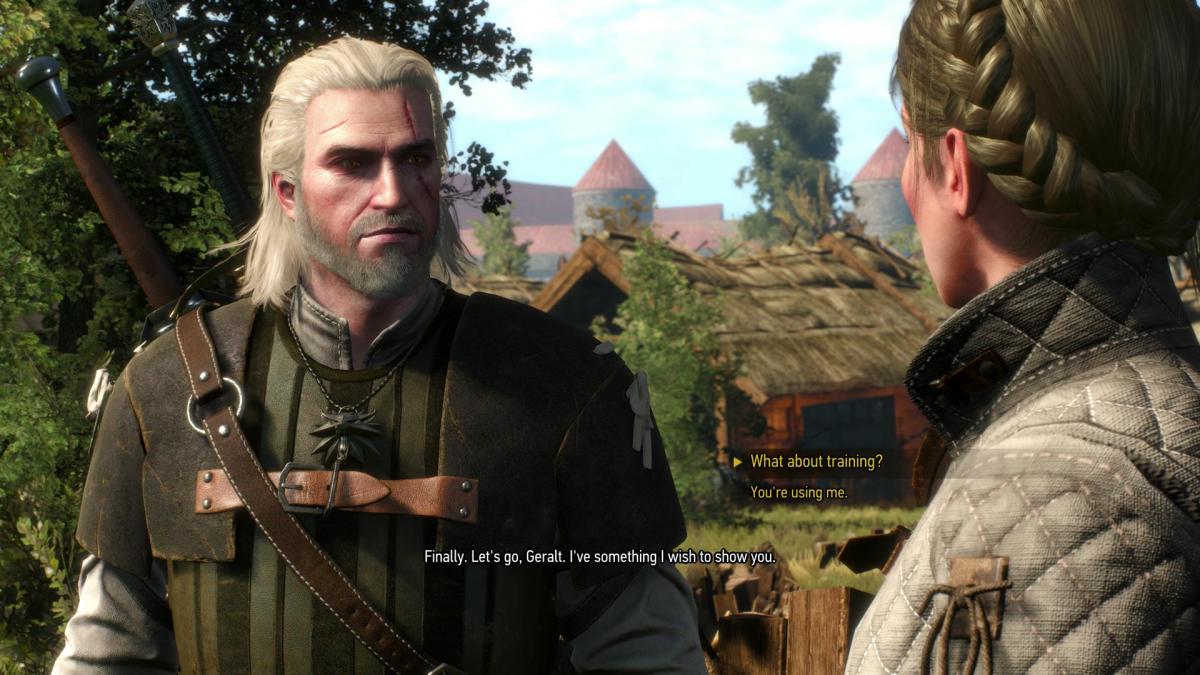 Above: There’s a lot of talk in The Witcher 3: Wild Hunt.

The story in The Witcher 3 is pretty darn dramatic, and the size of its main cast tops anything that the legendary playwright William Shakespeare put together. In fact, its 98 main characters can only be matched by the collected casts from 7 of Shakespeare’s most popular plays: Hamlet (17 main characters), Macbeth (19), King Lear (12), Twelth Night (10), Othello (13), Much Ado About Nothing (15), and The Tempest (12). 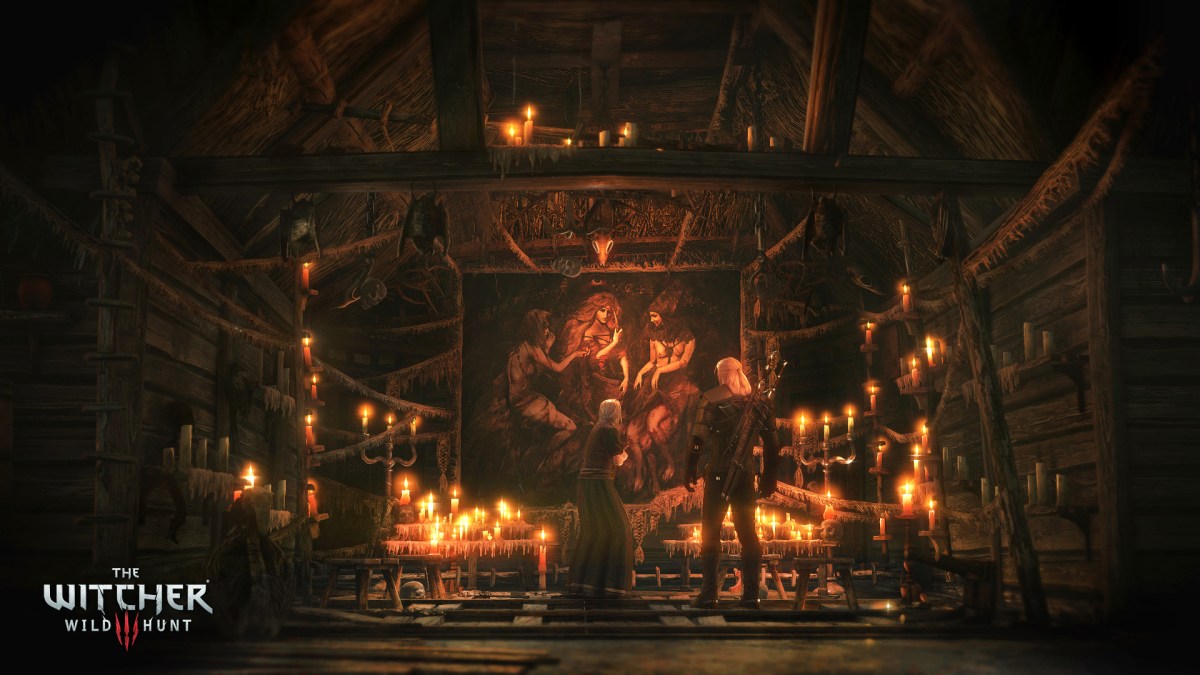 The Witcher 3 has a cast of 1,300 unique secondary characters outside of its 98 main characters. These are not just extras mingling in the background, and if The Witcher 3 was a Hollywood movie they’d require the Screen Actors Guild’s daily theatrical performer rate of $906. It would cost well over a million dollars a day just to have them all on set. 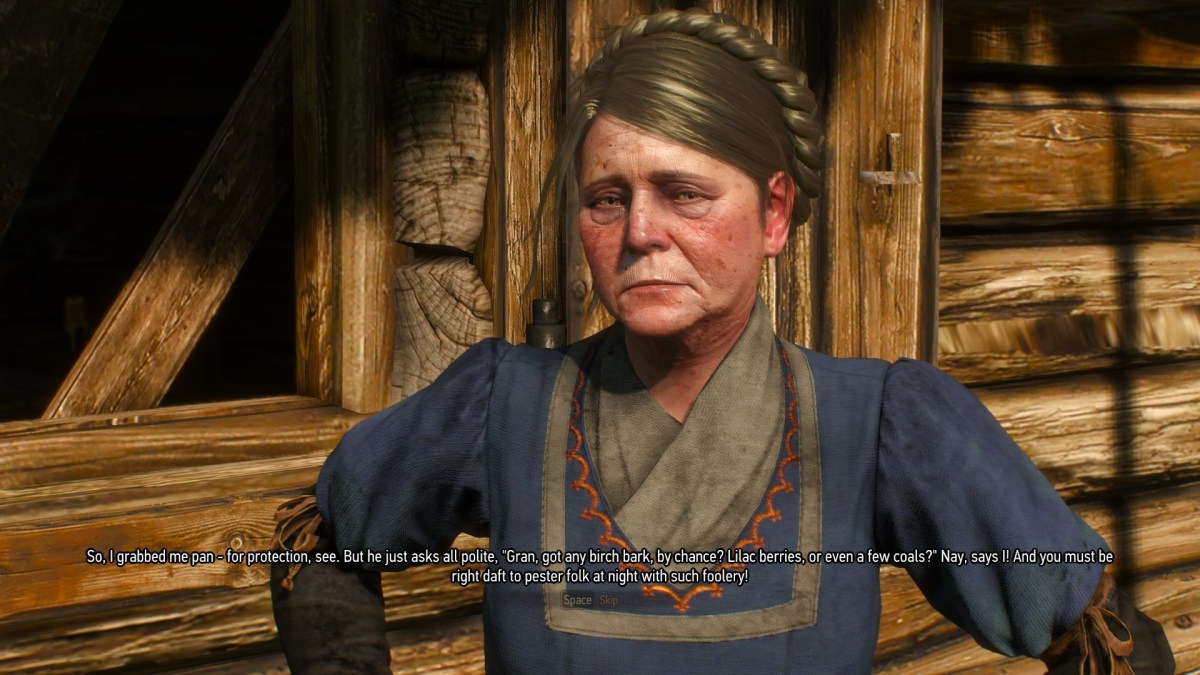 Above: CD Projekt Red lavished attention on even the smallest of characters.

The character textures from The Witcher 3 would fill a poster the size of 1,470 Mona Lisas 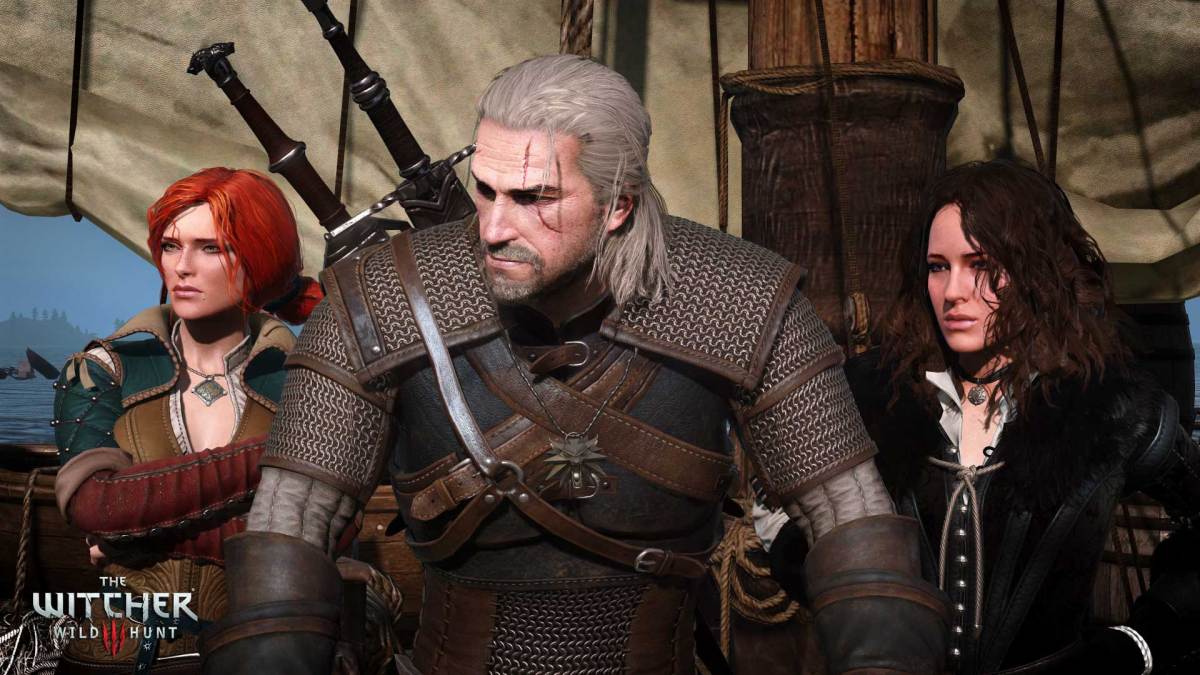 Above: Geralt with Triss and Yennefer.

The Witcher 3 has three different epilogues and — depending on your in-game actions — 36 different world-states when you finally complete it. Given that it takes the average player around 200 hours  to finish everything — and assuming that you’re a completionist — you’d need around 7,200 hours or 300 full days of play in order to see every final world state. And that’s not allowing for any time to sleep.

The U.K.’s National Health Service reckons that men need to consume around 2,500Kcal a day to maintain their weight; for women, it’s 2,000Kcal. That means you’d need to eat 3,000 214g portions of raw meat — one of the foods you find in the game — to fuel your Witcher adventures if you’re a guy and 2,400 if you’re a lady. You can expect to get around 222kg of trimmed meat from a well-fed cow, so you’d need to slaughter and butcher three cows to see you through (with a little left over for when you’re done). 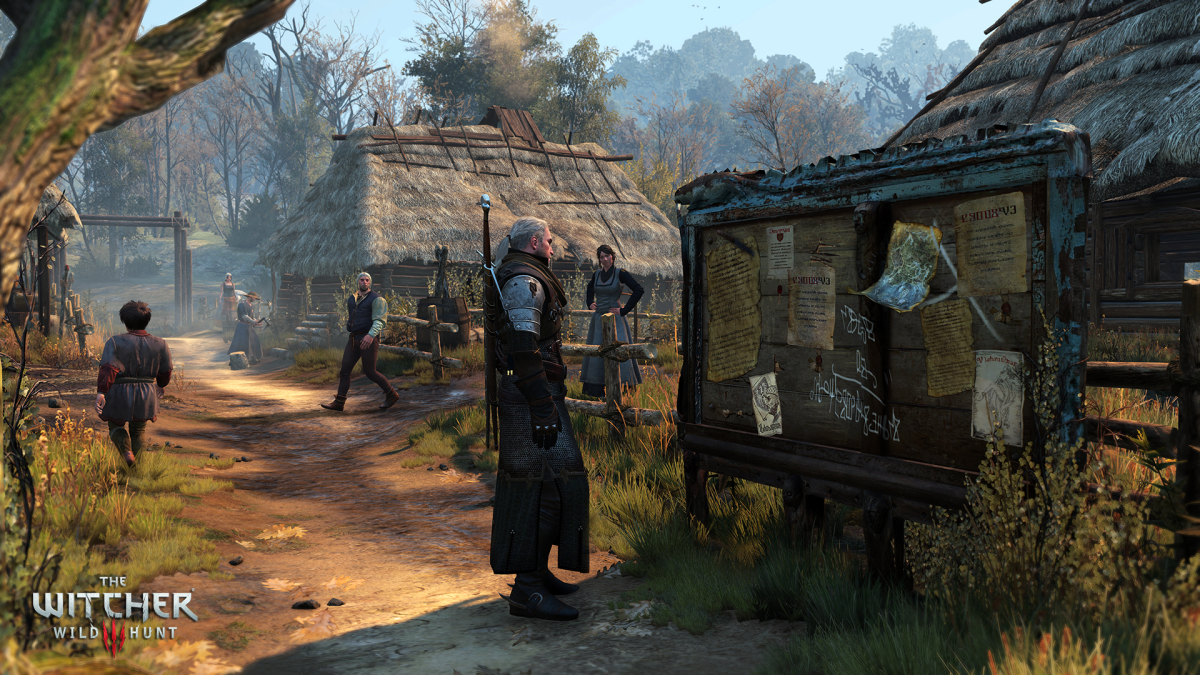