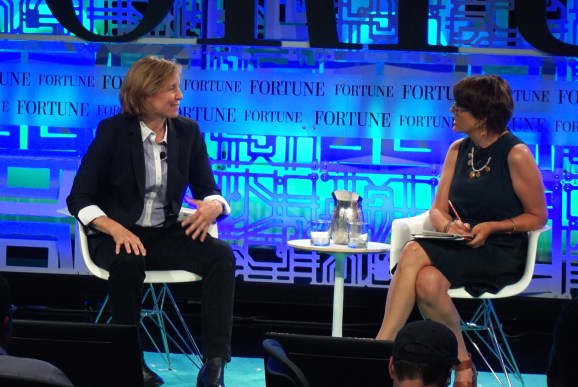 ASPEN, Colorado — The White House will host its own Demo Day on August 4, aimed at highlighting a diverse array of mostly early-stage startups from around the country.

“The government’s great power is convening,” Smith told me in a conversation shortly before she went onstage. Rather than investing millions in startups or creating policies, Smith’s 22-person team — which is part of the President’s Office of Science and Technology Policy — is focused on bringing people together through workshops, panels, and events like the Demo Day. Then, she says, the entrepreneurial spirit takes care of the rest, as people talk, share ideas, and take advantage of opportunities.

The focus of the August Demo Day will be on “inclusiveness.” Hundreds of companies applied for spots at the event, Smith said, and about 20 have been selected to present. They’re mostly small startups, and the founders include a wide range of ages, genders, and races, she said.

Increasing diversity in tech has been one of the White House CTO office mandates.

On diversity, Smith said, “When leaders are talking about this it creates change.”

Also, she spoke warmly of both the diversity and the engagement of the corps of people working in the executive branch. Smith, who was a Google executive until last September, was pleasantly surprised by the spirit of Washington D.C.

“I love the entrepreneurship of the team,” she said of the White House, “and how welcoming it is.”

And, she added, “it’s the most diverse team I’ve ever worked with” — a point she repeated onstage.

“I love all my colleagues in tech, but we need the rest of the country,” Smith said.