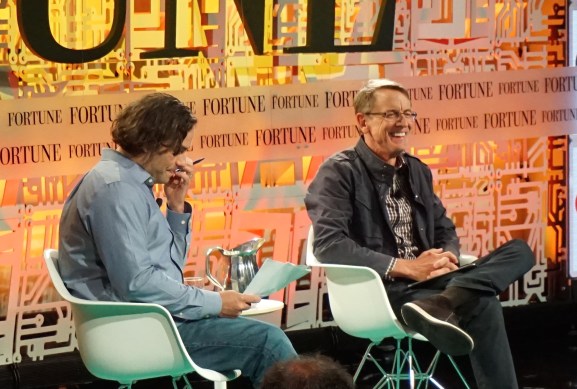 But if managing partner John Doerr is happy about the victory, he — wisely — isn’t letting it show.

“Nobody is happy about this kind of thing,” Doerr said with regard to the lawsuit.

“I believe this should have been resolved outside of the judicial system. And we tried very, very hard,” Doerr said, in response to a question here at Fortune’s Brainstorm Tech conference about a million-dollar settlement that Kleiner reportedly offered Pao. He didn’t confirm that amount, but stated, “it just wasn’t possible.”

In the end, he said, a jury of six women and six men ruled “decisively” in favor of Kleiner.

That’s not to say that he’s brushing off Pao’s — and others’ — accusations of gender and racial bias in the tech industry at large and the venture industry specifically.

“Internally, it brought people together, because we’ve got a good sense of who we are and what we’re about. But we know we can do better,” Doerr said.

“Look, we know we can do better,” he said. “I think it was a case of the right issue but the wrong case.”

To that end, Doerr said that Kleiner is embracing four new initiatives to increase diversity at the firm and in its portfolio companies:

As for venture capital at large, Doerr didn’t mince words. Although Kleiner’s ratio of female partners is pretty good, he said the industry at large has a lot to do.

“We collectively are pathetic on the issue. 6 percent of venture capitalists are female,” Doerr said. “That’s just dumb.”