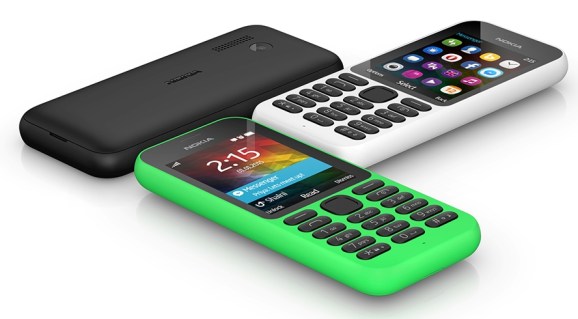 Nokia has responded to increasing speculation that it’s going to re-enter the mobile phone market, indicating that it may well do just that — but it’s far from straightforward. In fact, in Nokia’s words, “it’s complicated.”

For a once-major consumer brand, the Finnish tech giant has been in an odd place since offloading its mobile phone division to Microsoft a little over a year ago — it has continued behind the scenes with its network infrastructure business, while beefing up its HERE mapping division, though even that’s now up for sale.

Nokia was the largest mobile phone manufacturer in the world for more than a decade, and to see the company’s sudden demise at the hands of iPhones and Android-powered devices, with its eventual “exit” from the mobile phone space altogether, was a bitter pill to swallow for many.

Rumors have abounded for a while that Nokia was preparing to re-enter the mobile phone market, but the company recently poured cold water on that notion, saying back in April: “Nokia reiterates it currently has no plans to manufacture or sell consumer handsets.”

However, it has become increasingly clear that Nokia still harbors ambitions in the mobile realm, not least because it did actually launch an Android-powered tablet in China last year. The company has now sought to bring further clarity to its plans, though it’s still not entirely clear what it will eventually do.

In a statement issued by Nokia yesterday, spokesperson Robert Morlino said “it’s not surprising that today, the question comes up all the time: will Nokia return to mobile devices? The answer is: it’s complicated.”

The complication arises from the fact that Nokia sold its devices and services unit to Microsoft last year, and that included many of the elements required to make and sell phones — including manufacturing and distribution capabilities. But within Nokia remain designers and technologists capable of creating phones, though the company will have to go about things in a completely different way than before.

“The right path back to mobile phones for Nokia is through a brand-licensing model,” explained Morlino. “That means identifying a partner that can be responsible for all of the manufacturing, sales, marketing and customer support for a product.”

So Nokia must first find a reputable third-party company — just as it did with the Android tablet it launched last November. “That’s the only way the bar would be met for a mobile device we’d be proud to have bear the Nokia brand, and that people will love to buy,” continued Morlino.

However, it won’t happen anytime soon — due to contractual agreements with Microsoft, Nokia can’t make any major move until the end of 2016. And that’s at the earliest.

So it’s clear that Nokia certainly does plan to get back to its roots as a mobile phone brand, as reports have long suggested, but not within the next year.

Fears that Nokia may not have the high-level personnel it once boasted following its fire sale to Microsoft might not have much basis either — Microsoft recently announced a huge round of layoffs, with Finland a big focus for the cutbacks. There’s no reason why Nokia couldn’t simply hire some of these individuals back.