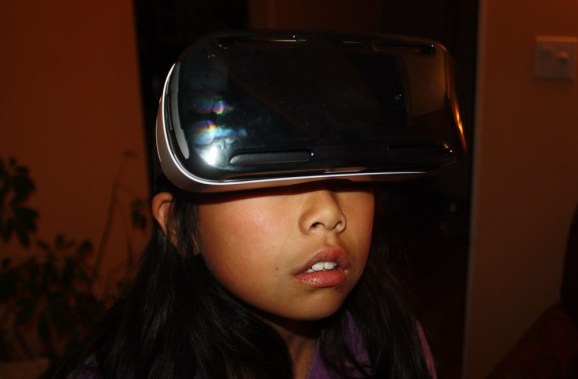 The series will be made by film and game producer J.T. Petty, Skybound’s David Alpert said during a talk at the MobileBeat 2015 conference in San Francisco on Tuesday.

Skybound and Samsung said at CES 2015 that they would be working on a production together, but only now have they divulged details.

Skybound’s Alpert says he grew up in the movie-making world and that VR is a complete departure from that tradition. “3D is just an expansion of an existing technology, but VR is a whole new experience,” Alpert said.

He said developing content for the new medium is full of new challenges and considerations. For example, he explained, the producer has no idea where the VR viewer will be looking within the 360-degree scene inside the headset.

“You have to create for four fields of view,” Samsung’s Apfel added. “How do you lead the user?”

Apfel is responsible for Samsung’s Milk VR, a video service that provides virtual reality content for the Gear VR.

Gear VR consists of a sensor-laden headset into which a Samsung mobile phone is fitted. The phone screen projects images into the headset that approximate a 360-degree, 3D moving image. The gyros and accelerometers inside the headset detect the user’s head movements.