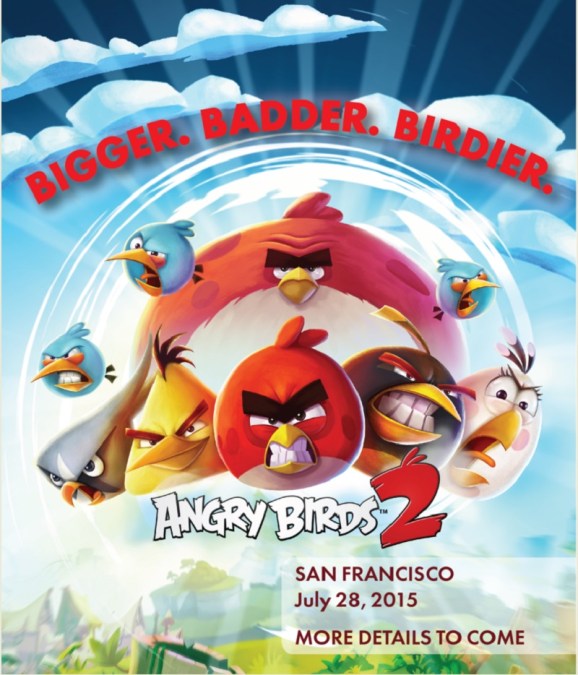 The original Angry Birds was launched in 2009, and it was downloaded more than 2 billion times. Now the sequel is coming.

Espoo, Finland-based Rovio Entertainment announced Angry Birds 2 today as part of an invitation to an event in San Francisco on July 28.

But this is the first title that carries the official sequel status, Angry Birds 2. Rovio is being cryptic for now, promising only a “bigger, badder, birdier” experience.