Multiplayer online battle arenas (but you can call them MOBAs) continue to dominate gaming. We’re here to help you tell the difference between them.

We actually compared MOBAs before, but things have changed since 2013. A couple of new games have made a large impact, and the two top dogs — League of Legends and Dota 2 — have continued to grow. So, we’ve updated the list with new stats and new games.

First, let’s talk about what makes a MOBA a MOBA. Traditionally, they involve two teams of five players, each controlling a hero with unique abilities, that battle on a map with three lanes, a jungle between the lanes, A.I. minions that march across those lanes, and turrets and other defenses that each team has to destroy. You win by annihilating a giant structure in the middle of the other team’s base.

The genre actually started as a series of mods for Blizzard real-time strategy games Starcraft and Warcraft III, with Defense of the Ancients on the latter being the most popular. You can learn more about the history of MOBAs here.

Now, we’re going to start comparing the four most notable MOBAs. We’ll start with a chart, and then we’ll talk a bit about each game below. 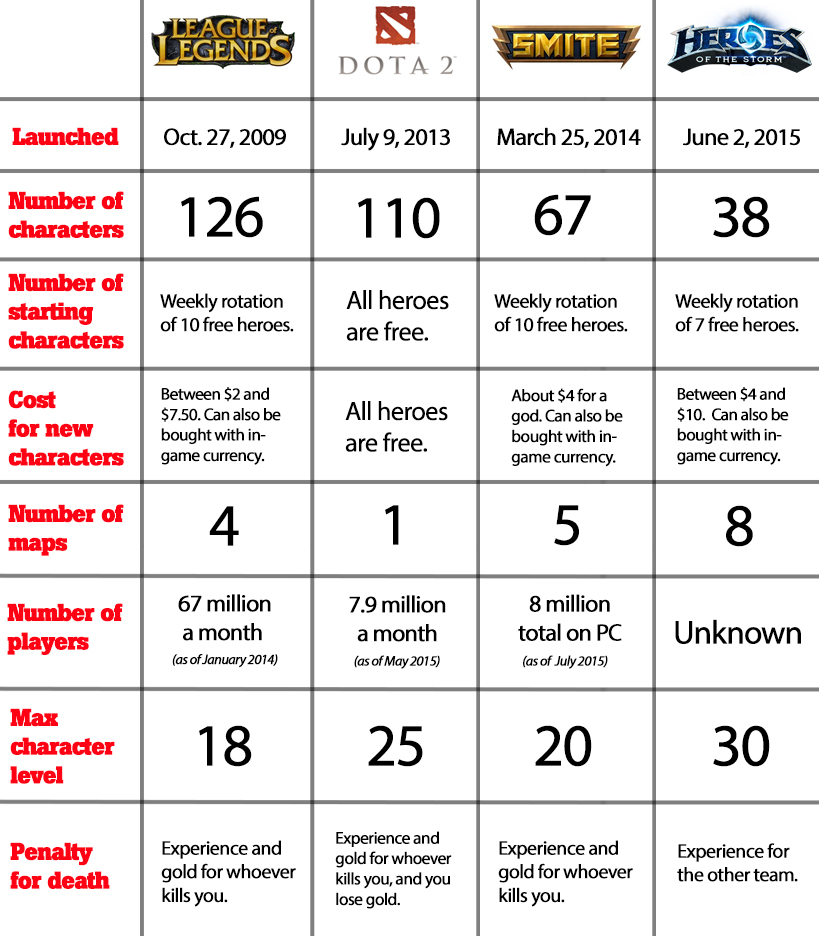 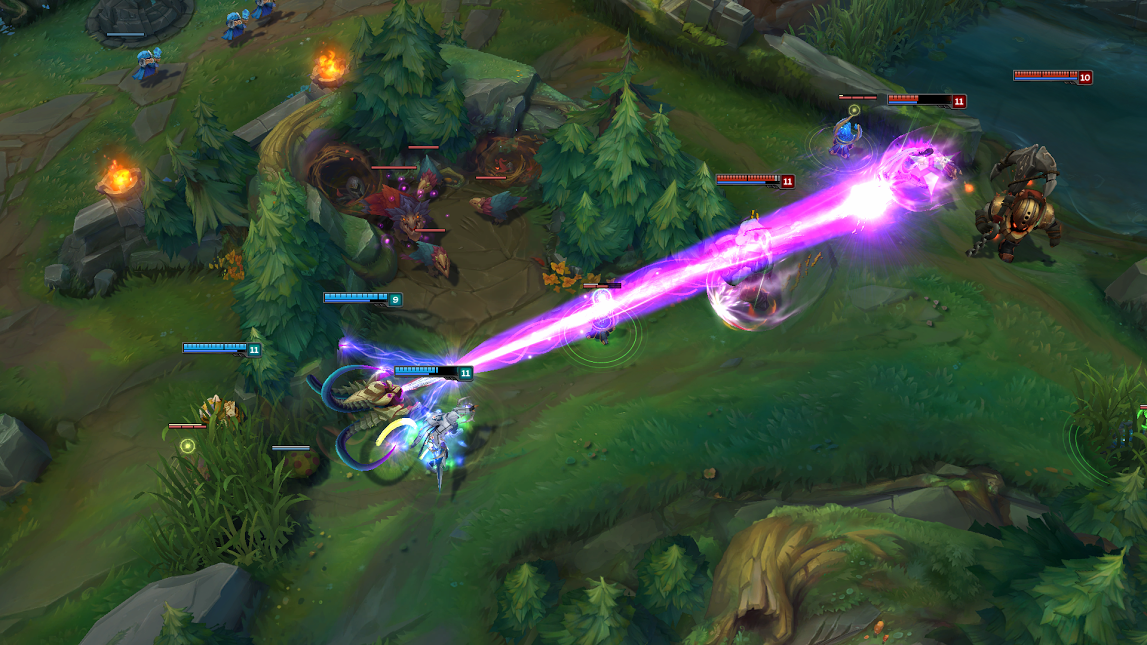 Above: Welcome to the League of Legends jungle.

All hail the MOBA king. League of Legends was one of the first standalone MOBAs, and it was able to transform the spirit of the original mods into a free-to-play money-maker. While it has faced plenty of competition, none have knocked it out of the No. 1 spot.

League of Legends got rid of some of the complexities of Defense of the Ancients (the mod for the real-time strategy game Warcraft III that all MOBAs grew out from), notably the capability for players to deny the other team experience and gold by killing their own minions. It also continued to add a steady stream of new heroes, and right now it has a gigantic roster of 126. It has added different maps and modes besides the traditional three-laned MOBA standard, but the original still remains by far the most popular 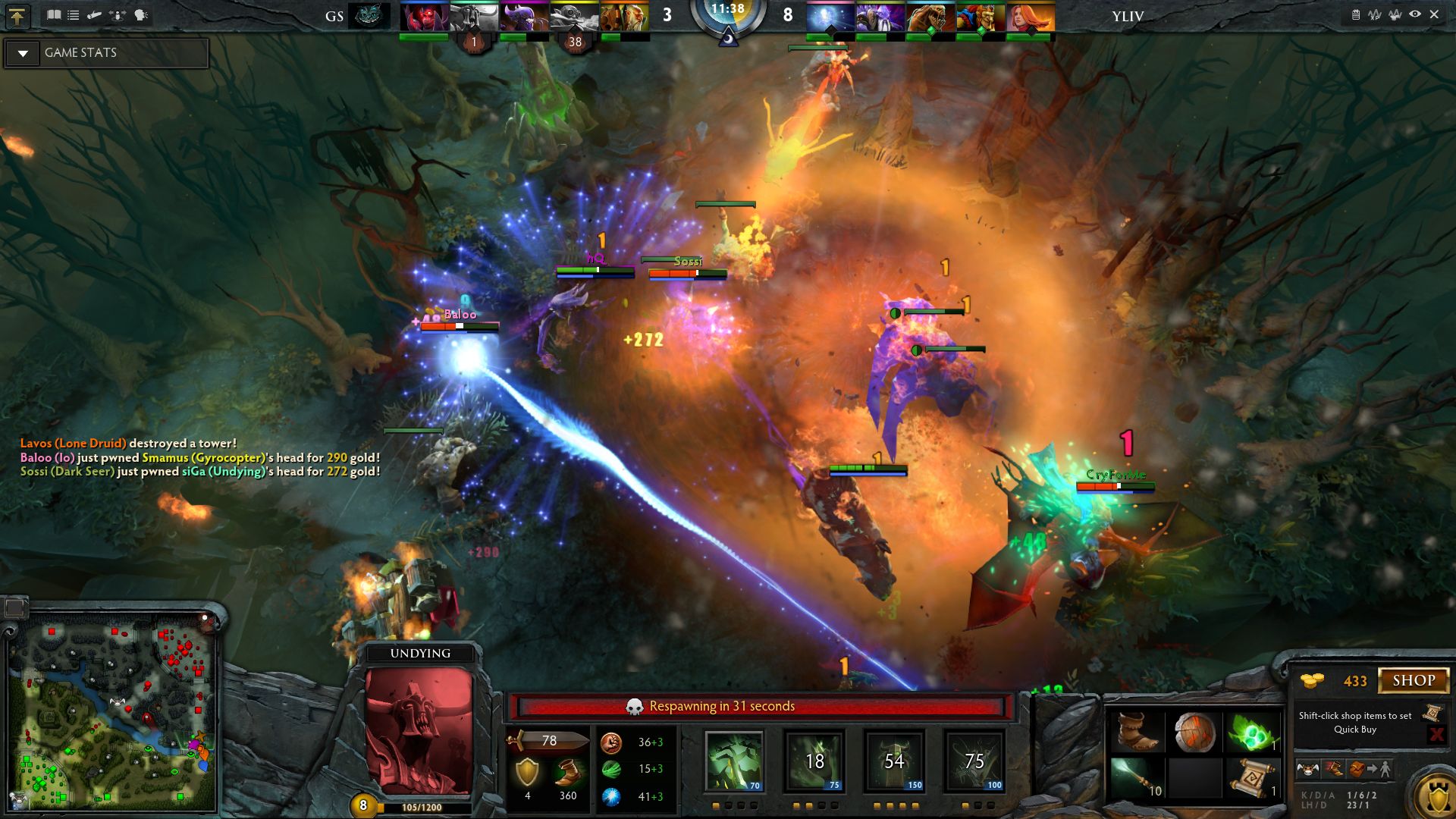 While League of Legends made some changes from Defense of the Ancients, Dota 2 is a pretty faithful update of the original mod. It features the same mechanics and even most of the same heroes. It’s the most technical of the four, so it’s probably not a great place to start if you have no experience with MOBAs.

While League of Legends experimented with alternative maps and game modes, Dota 2 is strictly about playing on the same field of three lanes between two bases. However, developer Valve has recently allowed the modding community to create custom games using Dota 2’s assets, so we’re going to see all kind of wacky variants now. 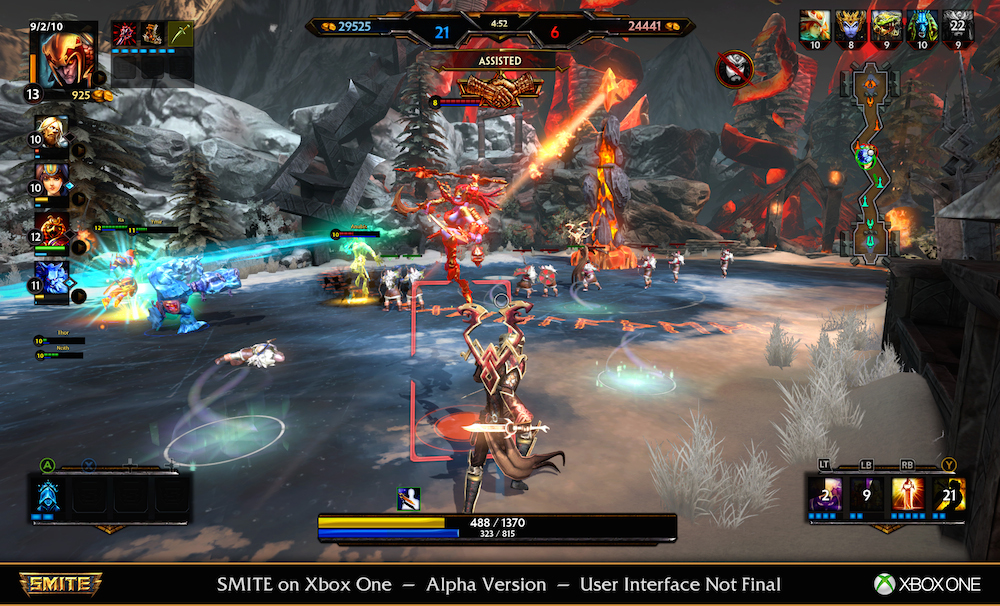 Above: Can you handle a MOBA from the adventure genre’s third person perspective?

The biggest difference with Smite is its perspective. While most MOBAs have an isometric, top-down view (a carryover from its real-time strategy origins), Smite is a third-person game. This allows for most of the abilities to require aiming, which can make the experience feel more frenzied and dependent on player skill. Also, while most MOBAs have a purely fantasy setting (another carryover from Warcraft III), Smite bases all of its playable characters after gods from different myothologies.

Smite is also one of the few MOBAs to come to consoles, with an Xbox One version currently in beta. The third-person experience makes a lot more sense for a controller than the traditional, mouse-dependent top-down view. Smite offers a $30 bundle that gives you all playable characters present and future.

Heroes of the Storm 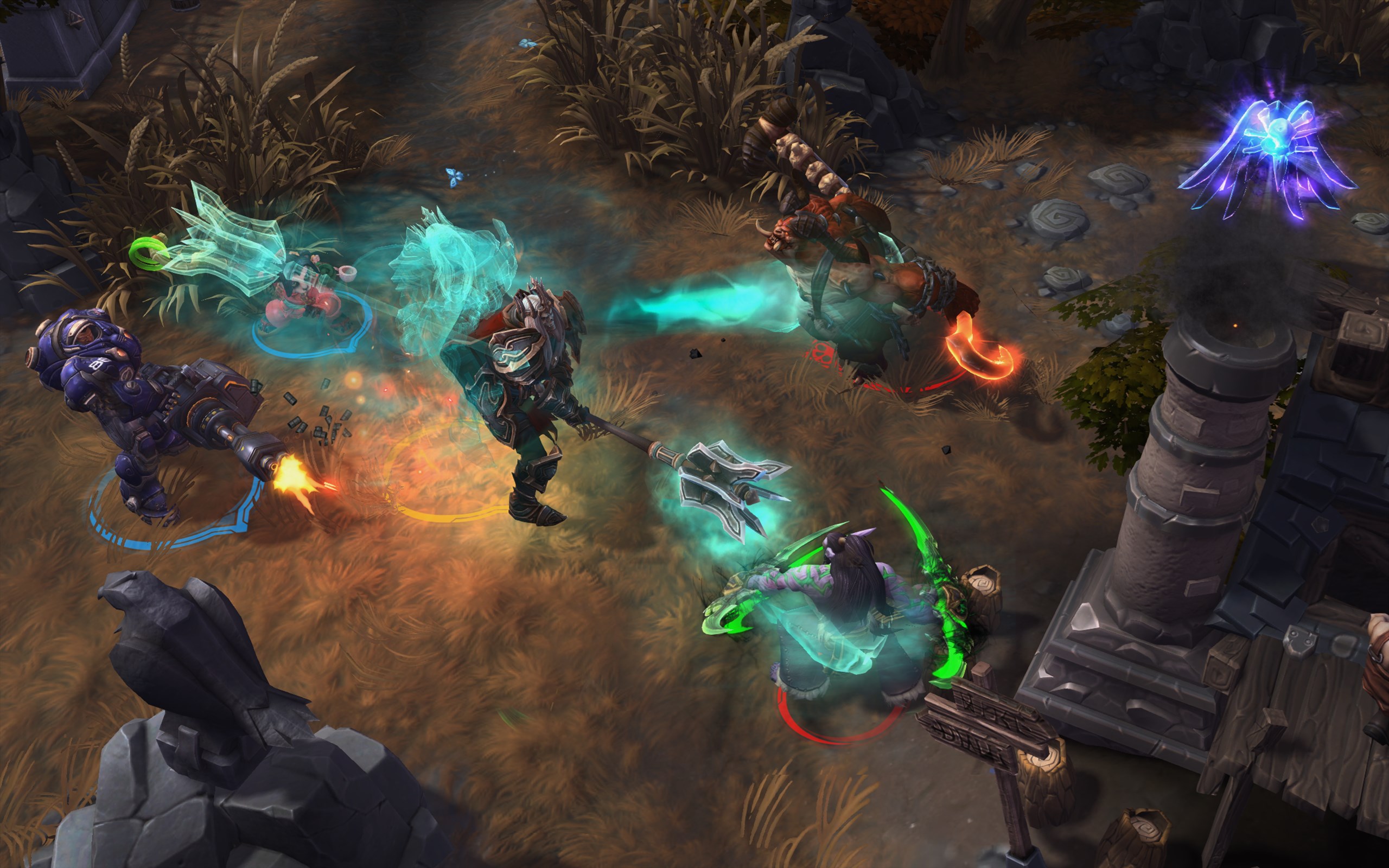 Above: Blizzard heroes duking it out.

The newest kid on the block, Heroes of the Storm is the most casual MOBA on this list. Unlike the other three, it doesn’t have an in-game shop that requires you to buy and use items during play. It also has teams leveling up together, instead of heroes earning their own experience. This can prevent players, especially poor ones, from becoming quickly outclassed in a match.

Also, each Heroes of the Storm map — while retaining the traditional MOBA objective to destroy the other team’s base — has an additional goal that can help your team. One map has you collecting gold coins to turn into a ghost pirate, who then shoots cannons at the other team’s buildings once you meet its price. Another spawns tokens around the map, and getting three of them curses the other team, weakening their minions and structures. These objectives make team fights break out much earlier than in traditional MOBAs. Heroes of the Storm is also something like Blizzard’s take on Super Smash Bros., in that its roster includes characters from all of its franchises.