Gameloft is launching a major update of its Heroes of Order & Chaos mobile game so that the game is more like a multiplayer online battle arena (MOBA) game on the PC.

Making mobile MOBAs more like PC titles like League of Legends is a holy grail ambition of mobile game makers such as Gameloft, Super Evil Megacorp, and Fates Forever. But there’s usually some kind of trade-off the mobile developers have to make in order to get their games to work well on smartphones and tablets.

But Gameloft’s update is adding some features that you wouldn’t ordinarily see in mobile. One of these features is Spectator Mode, which allows you to watch your friends battle live with a dynamic camera that you can control. You can move the camera freely around the map to follow the battle, or you can tap a player’s hero icon to jump directly to them. You can use Spectator Mode to watch tournaments, comment on the action, or create commentary videos. You can stream live from inside a match, display character builds and other data on screen, and watch in a variety of modes.

Players on iOS, where Twitch streaming is built into the game, can stream directly from within the mode. The game already has features such as hero banning in ranked, 3-vs.-3, and 5-vs.-5 matches. It has three maps, guilds, and seasons.

The MOBA category is one of the hottest for developers who are trying to succeed in free-to-play games. 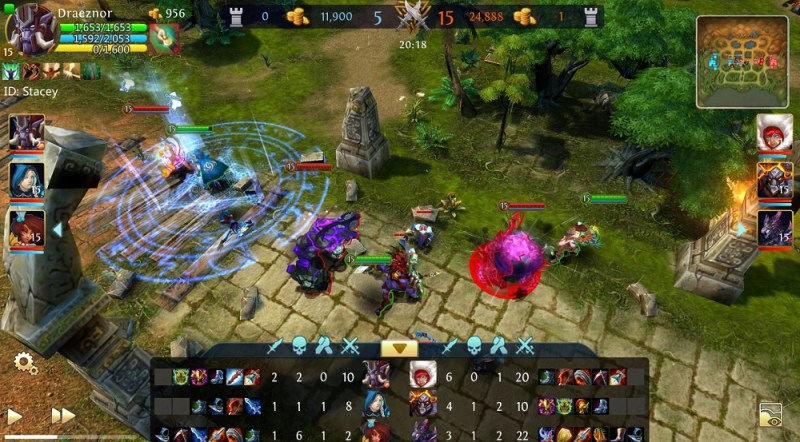 Above: Spectator mode in Heroes of Order & Chaos.