If you’re a mobile game publisher, rewarded video is an extremely important revenue stream. It’s also challenging to integrate into your game mechanics.

To fix that, mobile ad network Supersonic has launched a new ad placement technology that allows game developers to simply integrate rewarded ad units wherever needed in a game, with easy WYSIWYG options for determining placement, rewards, timing, A/B testing variations for effectiveness, and more — without any code changes. 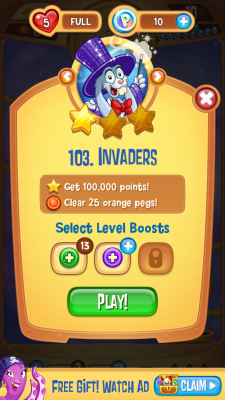 Above: A sample rewarded ad

Rewarded video is simply a video ad embedded within a game or app that, when you watch it, rewards you with in-app benefits, such as virtual currency, power-ups, new levels, or extra lives. It’s a fast-growing segment in the mobile advertising and mobile video advertising space.

“For freemium apps, rewarded video is becoming the most popular revenue stream outside of in-app purchases,” says Supersonic head of publisher operations Adam Ben-David. “Almost all other advertising formats … are typically seen as being intrusive and counter to quality user experience … so much so, that there are instances of users asking developers to include rewarded video.”

That’s something I’ve heard from game publishers and other ad networks as well.

For example, Lisa Marino of RockYou, which both operates mature game franchises and runs advertising monetization for its games and other publishers, told me a few months ago that 20 percent of her users engage with rewarded video.

“Our ad whales are watching hundreds a day,” she said. “By day six they’ve driven $10 of value to you … and it is a bigger percentage of the population than will whip out their credit card.”

What’s important about Supersonic’s new tech, Ben-David says, is that handling multiple reward possibilities programmatically and tracking which are most successful in driving engagement is not easy, forcing developers to write custom code and essentially hack the tools they’re using for ad placements in order to be able to customize placements, integration, analytics, and mechanics.

With the new functionality, Supersonic says developers can create up to 20 engagement points within their apps, and then customize, adjust, and augment them on the fly in a dashboard, which updates the ad placements and reward mechanics in real time. 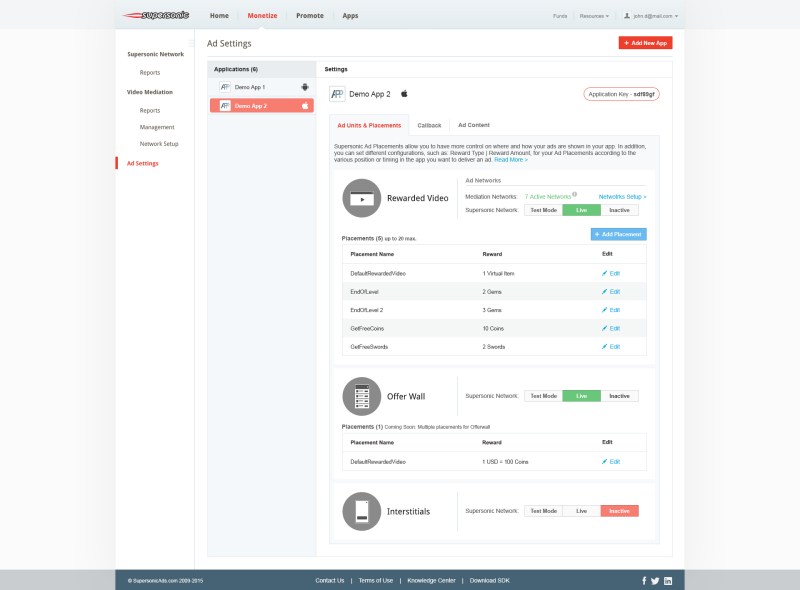 Above: The new ad placement dashboard

What that means is that you can A/B test which rewards your users prefer, among other things.

For example, unlocking a new level might be more compelling than granting in-app currency, or extra lives, or other benefits. Supersonic’s new ad tech will help mobile publishers make these determinations quickly and easily.

“In our beta testing of this solution we have seen developers experience a roughly 20 percent increase in user engagement with rewarded video due to Ad Placements, leading to higher retention rates as well as revenue,” says Ben-David. The company also said that 25 percent of its existing developer clients started using the new technology the first day it was available.

The potential rewards are huge.

Not only are there more people who will watch ads for free stuff than will pay, but mobile video advertising revenue can be enormous.

“I have seen $50 CPMs that were sustainable,” Marino said.