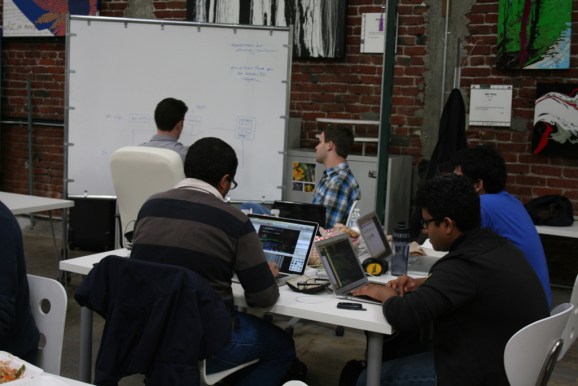 Codeship, a startup that offers a web-based continuous delivery service for testing and then deploying code, is launching today a new Organizations service tier that will help companies specify exactly what each employee can do in Codeship.

Also today, Codeship is announcing that more than 20,000 developers are actively using the service — twice as many as there were at the end of 2014. More than 1,000 companies pay for the service, including CareerBuilder and Sears.

Naturally, Codeship wants to take on business from more big companies with large development teams. In such environments, some people have a higher rank than others, but that’s not always reflected in the software companies use.

“A senior engineer or lead engineer, or a group of lead engineers, should be allowed to do different actions than the five interns you are having over the summer,” Codeship cofounder and chief executive Mo Plassnig told VentureBeat in an interview. “It’s simple use cases like that — but those things actually prevent a lot of people from using us.”

Now Codeship has eliminated that constraint. Certain team members can be limited to checking to see if their code was deployed, while others can adjust settings, for example, Plassnig said.

As part of the launch, Codeship is revising its price list, but those companies that pay more than $99 month will automatically get the new Organizations capability.

Codeship, based in Cambridge, Massachusetts, announced a $2.6 million funding round last year.

But Plassnig didn’t sound particularly concerned about its arrival. Amazon maintains a long of services, while Codeship only does business in the continuous delivery market. Besides that, Amazon customers might be wary of lock-in. “Yes, they want to use Amazon, but they don’t necessarily only want to use Amazon,” Plassnig said.