While retail and restaurant marketers seem more bullish on the use of in-store beacons lately, it may be impossible to prove out the ROI on beacon technology without the ability to marry beacon technologies with data from apps on consumers’ mobile devices.

This according to a recent report by VB Insight that looked at what’s working, and what’s not working, for brands when it comes to mobile advertising.

“A beacon is absolutely useless with no apps to listen to it,” Mobiquity Networks CMO Jim Meckley said, as quoted in the report. “It’s like a radio station with no radios.”

GPS isn’t very good at reaching indoors, so beacon technologies that connect to a consumer’s smartphone are a good way to engage retail and restaurant customers in the moment. 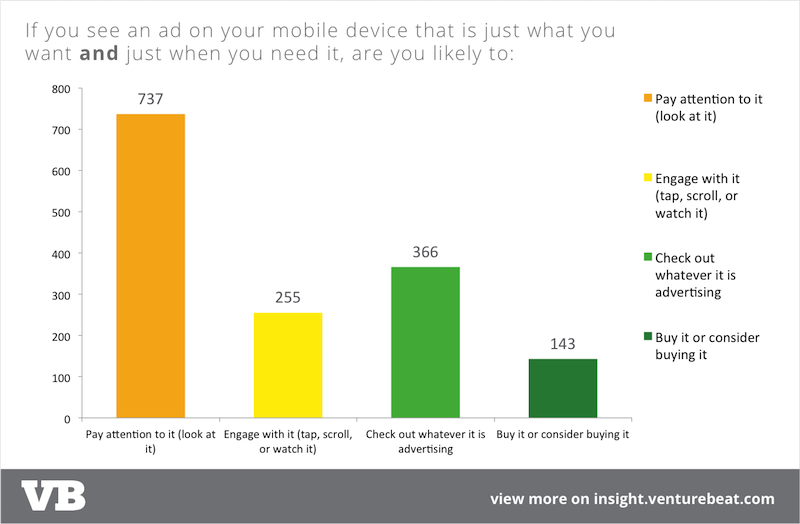 But without the broader contextual data that tends to live in third party apps and the permissions required to access that data, beacon technologies are of only marginal value.

The report’s author, John Koetsier, put it this way:

For beacons to work, consumers need the right app. They need to set permissions for that app to have location awareness. And they need to have allowed that app to send notifications. Add it all up, and for most retailers, beacons aren’t exactly a viable solution at scale today.

Consumer adoption of retailers’ branded apps may be key to the success of in-store beacon technologies. That could be a tough hill to climb in the U.S., where less than 20 percent of consumers have a retailer’s app installed on their smartphone. Compare that to mobile-mad China, where nearly 50 percent of consumers routinely shop using branded apps and spending is heavily influenced by a retailer’s social media presence.

VB’s new Brands & Mobile Advertising: How to win report is available for
$499 on VB Insight, or free with your martech subscription

One emerging opportunity for retailers with beacon technologies may be to tap the rapidly growing number of data-rich consumer wearable devices and apps strolling through their stores.

Imagine Walmart partnering to access data from your Fitbit app via in-store beacons. Not sleeping well? There’s a sale on pillows in Aisle 4. Dreary weather causing you to cut down on your physical activity? Drop by the Sporting Goods section and take a trial spin on our exercise bikes.

But despite the growing opportunity of beacon technologies, the report, Brands and Mobile advertising: How to win, cautions retail marketers against making a significant investment in beacons just yet.

“It’s too early for beacons,” Koetsier concluded. “Unless you have pressing reasons, or an over-eager boss, don’t worry about beacons yet.”