Gaming has a few huge competitive events every year, and the biggest fighting-game tournament sent gamers into a tizzy over the weekend.

More than 250,000 people tuned in to watch the finals of the Ultra Street Fighter IV event yesterday evening at the Evo fighting game tournament. That is a huge crowd, and they were buzzing on social media. Yesterday alone, fans tweeted about Evo more than 70,000 times, according to social media data website Topsy. Street Fighter and Super Smash Bros. racked up around 20,000 individual tweets each. The esports industry is on its way to generate $465 million by 2017 from sponsorships, advertising, and ticket sales, and with this kind of attention, fighting games will play a major part in that growth. 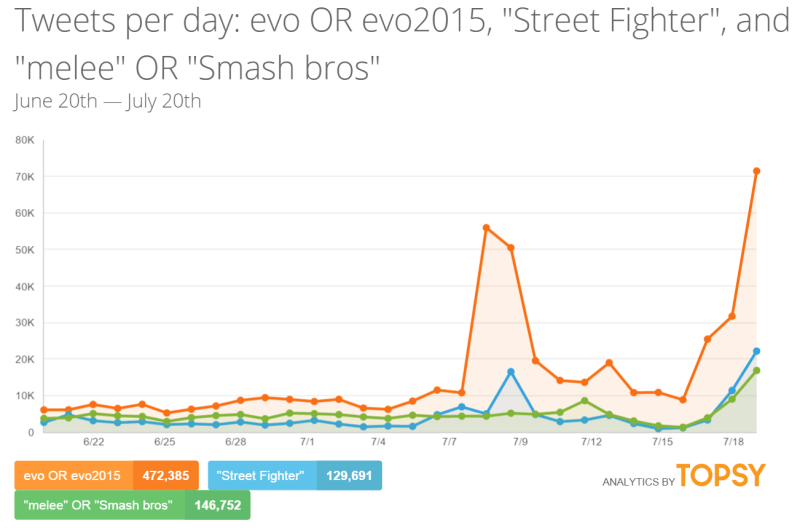 Above: Street Fighter, as usual, was the big draw.

But as with all pro competitions, Evo is really about outstanding individuals rising to the top.

Street Fighter was Evo’s premiere event, and Yusuke Momochi — who won that tournament — benefited from that. He was one of the most discussed topics on Twitter on Sunday night, with more than 10,000 tweets about him.

Although Momochi wasn’t the only player to get a lot of attention, and you can argue that Bruce “Gamerbee” Hsiang, his opponent in the Ultra Street Fighters IV final match, was the people’s champion based on the huge number of people cheering him on via social media. Gamerbee actually had more buzz on Twitter with more than 12,000 tweets. 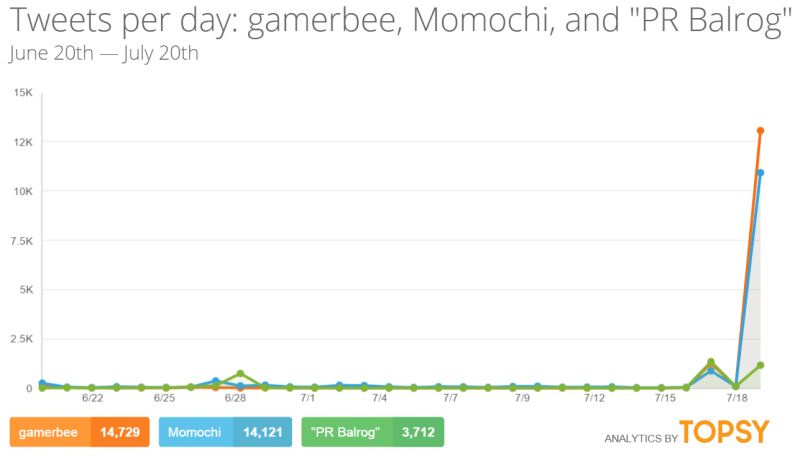 But what all these numbers really mean is that competitive gaming of all kinds continues to capture our attention. Gamerbee and Momochi are stars now beyond even the large fighting-game community. That will likely translate into even more sponsorships, which will grow the space even faster.

Momochi was already qualified for the Capcom Cup Finals, which is the publisher’s premiere championship for its Capcom Pro Tour fighting game competition series. But now Gamerbee is also qualified, and he will have a place in the event when it takes place at an unspecified date later this year.