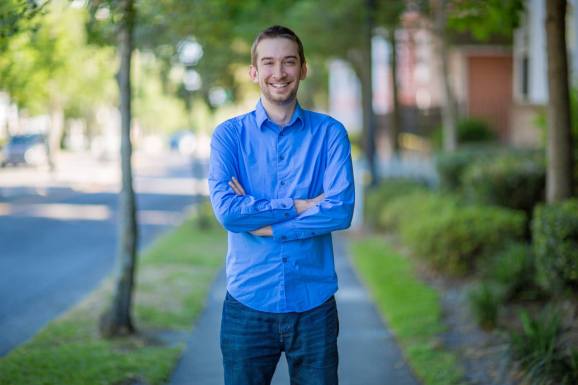 Grooveshark cofounder Josh Greenberg was found dead at his Gainsville, Florida, home on Sunday. His girlfriend Abby Mayer returned after being away for the weekend and discovered his body. Greenberg was 28.

Josh Greenberg, co-founder of #Grooveshark was found dead in his Gainesville home Sunday evening. No evidence of foul play or suicide.

Police have yet to determine the exact cause of his death, but The Gainesville Sun reported there was no evidence of foul play, injuries, or drugs.

Started in March 2006 when Greenberg and his cofounder Sam Tarantino were freshmen at the University of Florida, Grooveshark was a music streaming service that lasted for nearly 10 years before shutting down as part of a settlement with record companies in April, saying: “Despite best of intentions, we made very serious mistakes. We failed to secure licenses from rights holders for the vast amount of music on the service.”

Greenberg’s mother was quoted saying that he didn’t have any health problems and that he was “more relieved than depressed about the settlement.”

Ben Erez, a project manager at Life360, penned a eulogy for Greenberg, someone whom he called a “friend and mentor,” describing the Grooveshark cofounder as a “true leader, a stand up guy, and one of my favorite people ever.”

There are people whose names I hear over and over again who end up disappointing when I finally meet them. When I met Josh for the first time, I felt the opposite. Here was a guy who deserved every word of praise I had heard.

Greenberg had been Grooveshark’s Chief Technology Officer until the very end of the company, receiving honors such as being named to Forbes’ Top 30 Under 30 for Music twice in 2012 and 2013, and as one of America’s Best Young Entrepreneurs by BusinessWeek in 2008. He was also the cofounder and board member for TapShield, a service that provides “enhanced 911 functionality to smartphones and emergency responders.”

He was a graduate of the University of Florida’s Warrington College of Business Administration.

Friends of Greenberg are said to be planning a memorial service in Gainesville.