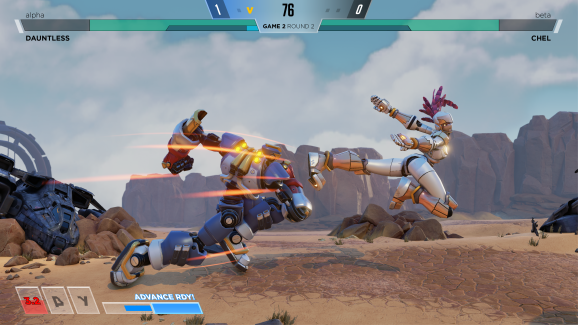 A man who spent years living under the house of Street Fighter is now trying to tear it down.

Seth Killian used to work as Capcom’s community manager before a brief stint at Sony. Now, he has his own studio, Radiant Entertainment, and it announced a free-to-play fighting game of its own for PC today, Rising Thunder — and you play it now.

On the surface, Rising Thunder looks and play like a lot other 2D fighters that use 3D character models, specifically Street Fighter IV. However, while most fighting games use real people with martial arts skills as the playable characters, Rising Thunder has a cast of international robots. It has also done away with the long-standing tradition of controller inputs for special moves. You know, like down, forward, punch for a fireball. Instead, you can use all special moves just by pushing a single button. Each one has a cooldown timer, which prevents you from spamming them.

Radiant will eventually add cosmetic items that players can purchase with real money, but Killian says that an in-game store is about six months away.