Twitter has launched a new resource to help its users be safer on the social network. Through its Safety Center, the company aims to educate anyone about online safety, both on Twitter and beyond, and how to be a “good digital citizen.”

It’s not surprising that Twitter has been working to beef up its safety record. The service has been criticized by many over its handling of abusive tweets and trolls. Case in point: Last summer, Robin Williams’ daughter Zelda was the victim of abusive and visually disturbing tweets following the death of the famed actor. Another example is how Gamergate once targeted Brianna Wu. Twitter has acknowledged that it has to do better, with then-CEO Dick Costolo admitting, “We suck at dealing with abuse.”

Since then, Twitter has released new features designed to combat the hate, such as a way users can report threatening tweets to law enforcement. It has also updated its abuse policy and limited the reach of violent tweets. 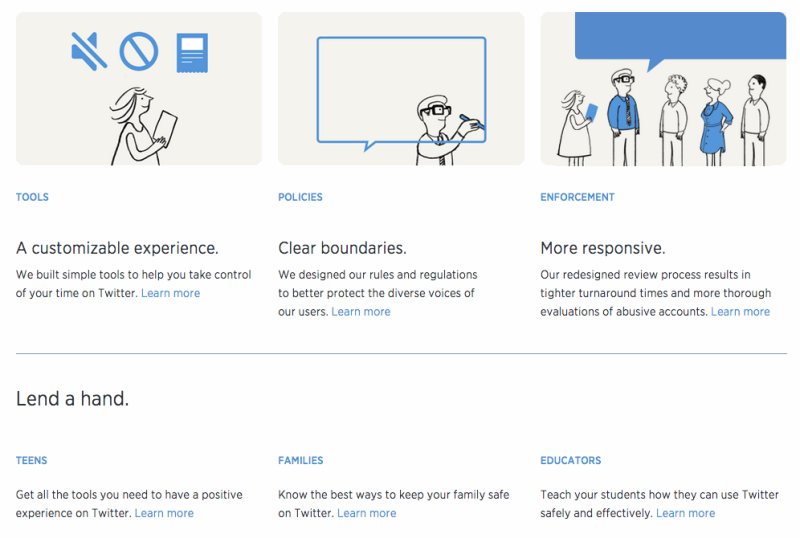 Introducing this site is very important for Twitter, especially as it battles against the harassment threat that puts off both users and Wall Street, which has been very demanding of the company to grow its usage numbers. But in order for the company to demonstrate that investors should sink their money into the company, it must also showcase that it’s doing something to ensure that the community is a safe one and there’s incentive for users to come back repeatedly.

While the Safety Center is a good start, will it sufficiently assuage users’ concerns about online hate?