Google today launched Chrome 44 for Windows, Mac, and Linux with new developer tools. You can now update to the latest version using the browser’s built-in silent updater or download it directly from google.com/chrome.

First and foremost, let’s talk about home screen banner improvements on Android. While Chrome 44 for Android isn’t out yet, developers can start leveraging the improvements now.

Chrome 32 introduced the ability for Android users to add home screen shortcuts to their favorite websites via a menu item. Chrome 42 took the functionality a step further by showing a banner — users who frequently visit a high-quality web app can be asked if they want to add the site to their home screen with one tap: 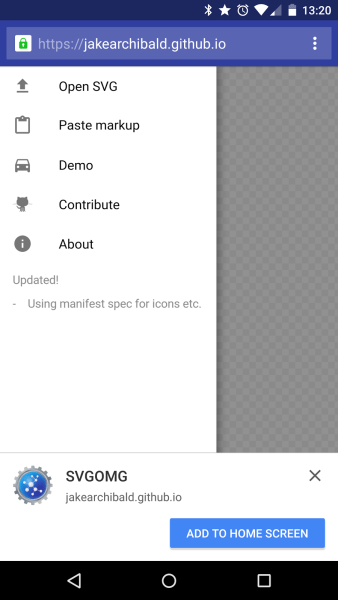 In Chrome 44, developers can now track to see if users added their app (Chrome now fires a cancellable beforeinstallprompt event before the banner is shown) and disable the banner completely. More details are available on GitHub: check the banner and prevent the banner.

Next up, push messaging is changing slightly with this release and the next. Here is what developers need to know:

All of the above is explained with code examples in this nerdy Google Developers video (if you’re wondering, this is the best part):

Chrome 44 also includes 43 security fixes, of which Google chose to highlight the following:

If you add all those up, you’ll see Google spent at least $39,674 in bug bounties for this release (there are three bounties that still don’t have a price set). The security improvements alone should be enough incentive for you to upgrade to Chrome 44.