Facebook is rolling out new tools for video publishers. Starting today, the social networking company is introducing enhancements for content creators that include an update to its video upload system and a new Video Library. The company said in a blog post that these offerings will give users better customization and control over their content. These features will be available globally over “the coming weeks.”

With the updated video upload system, Facebook has redesigned the upload process and added new distribution options such as making videos secret and prohibiting content from being embedded on third-party sites. 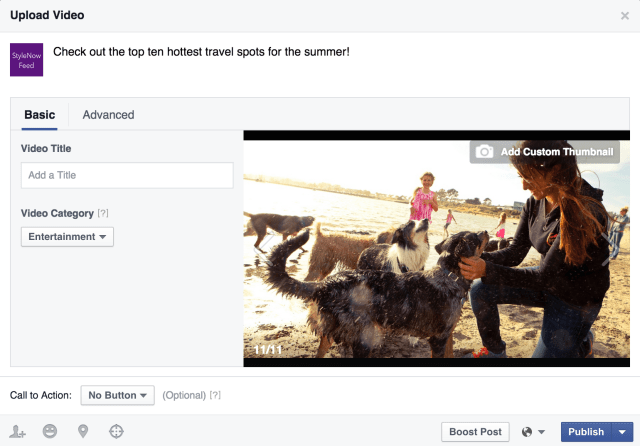 With secret videos, content creators can prevent the public from viewing them unless they arrive through a direct URL. Like with YouTube, such videos are not searchable.

Other controls that Facebook is giving video publishers include being able to restrict the audience by their age and gender, adding more granular privacy controls beyond language and location, which were previously available. Videos can also now have a shelf life, after which it will be removed, but the Insights will remain. In addition, videos can be published directly to the Video tab on a Page without “distributing to News Feed or Timeline.” And lastly, video publishers can restrict their videos to just being shared on the social network.

Among today’s updates, Facebook has added a new Video Library to help with asset management. This offering is useful as it will help users better manage their videos. Any changes you want to make to videos can be done en masse or on a per-video basis. Page administrators can access the new Video Library through the Publishing Tools tab on their Page.

Other features of the new Video Library include being able to edit the metadata of a video after it’s been uploaded, such as adding subtitles or changing the video’s thumbnail. You can also search and filter videos based on title, description, and more.

As Facebook continues to challenge YouTube for video viewership dominance, catering towards video publishers is essential. While the social network company will likely say that these changes are best for the users and something that they’d probably want, it’s not surprising to see these features. Eventually we’ll see this tie back into advertising and other programs Facebook will use to monetize its platform.