Whenever I’m in a crowd and I see Jeff Hilbert, the co-chief executive of game-related talent agency Digital Development Management, he’s always on his phone. If he stops to talk with someone, he’s immediately interrupted by someone else he knows. That’s the life of a busy agent who puts people and deals together in the game business. And lately, his business connections have been taking him overseas to Asia.

Hilbert and his team of video game experts represent game developers, helping them put together game deals with publishers. DDM also takes successful games and finds a home for them in other markets. Plenty of that is happening in mobile gaming, a $30 billion market. Hilbert’s job is to create the relationships among the right people in the industry. That may sound vague, but it’s not an easy to do in China, a country of 1.4 billion people and a bewildering array of games, app stores, and publishers.

Hilbert is headed out soon to the ChinaJoy 2015 game trade show, which is expected to draw 250,000 people to Shanghai from July 30 to August 2. Hilbert is also going to be a speaker about “Gaming Behind the Great Wall” at the DICE Europe event coming up on September 13-15 in Barcelona, Spain.

Here’s an edited version of our conversation. 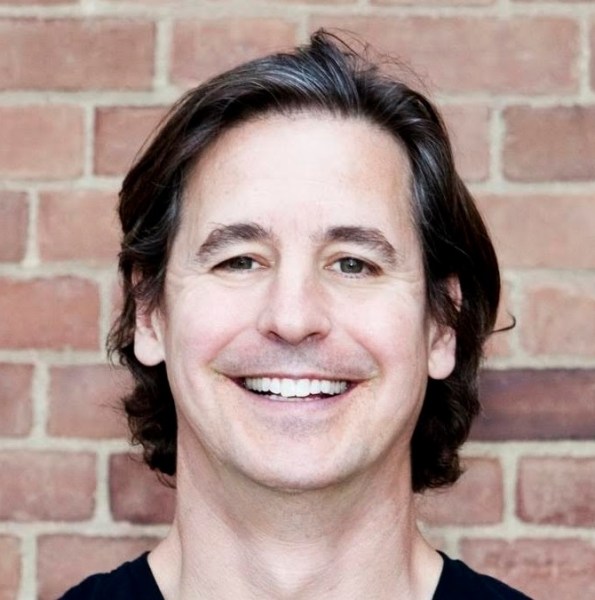 Above: Jeff Hilbert, the co-CEO of DDM, has been going to ChinaJoy for six years.

GamesBeat: What’s the topic of your talk for DICE Europe?

Jeff Hilbert: I just made it up yesterday. “Gaming Behind the Great Wall.”

GamesBeat: How far back does your interest in Chinese games go?

Hilbert: Six years. I was reading data on the gaming market and stumbling across this little game called CrossFire. I started looking at the numbers. One of our development studios, Zombie, had gone over to Korea to meet with publishers. I was talking with their CEO and he was saying, “This free-to-play stuff is going to be huge.” So we hopped on a plane and went to this show called ChinaJoy. Didn’t know anything. Had no idea what was going on. We just showed up.

Remember, six years ago, the game industry was in the doldrums over here. Smartphones were only just starting to show promise. Everyone was wondering if there would even be another console cycle. I went to trade shows here and everyone was moping around saying, “Oh, we’re so scared.” I went to China and it was like, “Holy cow! They see nothing but green fields in front of them.” That’s what got us started.

Hilbert: I was really easy to find. People would ask, “Where are you?” and I’d say, “Look for the white guy.” It was huge. In China, the show is weird, though. You know how at Gamescom they have the retail side and the business side? They do the same thing in China, but on the retail side they don’t really show the games. When you go into the booth, they show just thousands of booth girls. I could never figure out whether they were displaying booth people or games. What are they trying to win here? They’d ring a bell or an alarm would go off and all the booth people would line up and march through the conference center.

GamesBeat: Have you ever figured out why that’s the main attraction?

Hilbert: I don’t know. I don’t know where it came from. There are so many different theories. It’s like wondering why the English drive on the other side of the road. That said, that’s the consumer side. On the business side, it’s games, period. You could walk into any booth and say, “Hi, I’m from America. I’d like to talk to you about games.” They would put their global business development person in front of you. If that person couldn’t see you right then, they’d find someone who could, or pull out a schedule and schedule you to come back on the spot. When you came back they’d be there and ready. They were there to do business. It was night and day. 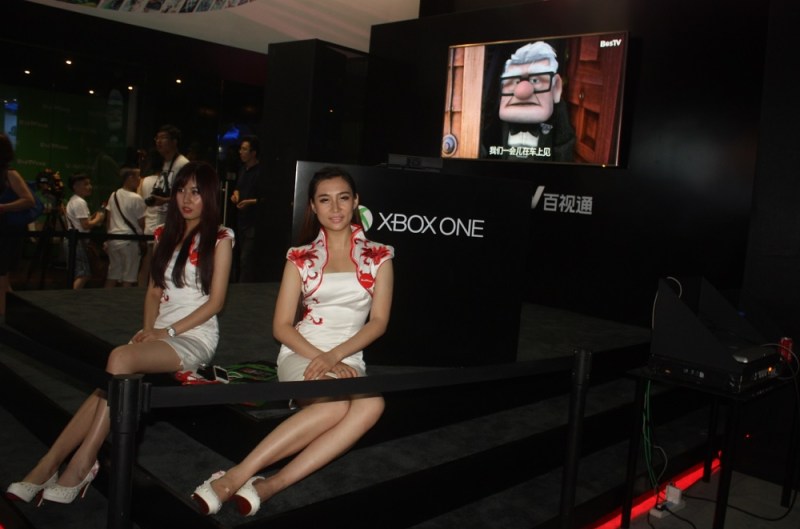 Above: Xbox One at ChinaJoy

GamesBeat: How do you look at China now, with all the perspective you’ve gained? How do you look at the different booms they’ve had? They seem to have gone through a mobile-gaming boom. I’m not sure where it is right now, but do you see a pattern or a cycle going on?

Hilbert: When we went there, the first thing we noticed was that PC was huge. It was all about PC. Mobile was interesting. The revenues in PC then started to flatten out, and the revenues for mobile started shooting through the roof. What I’ve seen is that games from the West—At first they were primarily interested in casual games from the West to bring to China, because of the play patterns. But now they seem a lot more interested in mid-core and hardcore games from the West. That’s been the biggest evolution. Mid-core and hardcore games from the U.S. didn’t translate so well before, although similar games from Korea did. I don’t know if it’s because Western games are becoming more Chinese, or Chinese tastes are becoming more global, or we’re all coming together as Chinese games come over here and Westerners convert to Chinese play patterns and vice versa. But we’re starting to see a lot of activity in mid-core and hardcore that we didn’t see two or three years ago.

GamesBeat: You have this unique situation there with the 300 or so Android app stores. How much more complicated does that make it as far as doing business?

Hilbert: It’s super complicated. You need somebody on the ground, because every single app store has its own SDK. You need to know which app stores are right for your game. Different app stores focus on different markets. They update with different features and different price points. If you’re from the West and going into China, you either need to make a commitment and build a Chinese organization with Chinese nationals, or find a big partner. Straddling the middle – finding a Chinese publisher but not committing to a full organization in China – isn’t something we’ve seen lead people to success. You look at the number of companies that went into China and pulled out, or ended up with a partner, the list is pretty long.