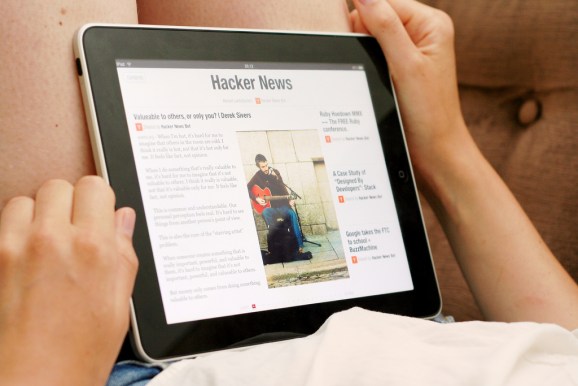 Flipboard, the company with desktop and mobile apps for reading online articles and “flipping” them into curated magazines, has raised $50 million from a new investor, a spokeswoman told VentureBeat in an email.

“I can confirm that we closed a $50 million round with a new institutional investor,” she wrote. “We’ll use the funds to expand our engineering and sales teams as well as increase investment in infrastructure to support the growing number of readers and curators on Flipboard.”

The funding round was reported earlier by TechCrunch.

The money comes at an important time for Flipboard, whose patented flipping gesture has proven catchy in the past few years. Flipboard has succeeded in convincing brands such as Van Cleef & Arpels and Delta Airlines to place ads in the app. Other news-reading apps, such as Circa, have faced troubles lately.

But Apple recently announced a news-reading app that could represent significant competition to Flipboard.

Earlier this year, Twitter was reportedly in talks to buy Flipboard, although to date Flipboard remains independent.

The Flipboard spokeswoman would not disclose the company’s current valuation. The last time the company raised a round, in late 2013, the valuation was reported at around $800 million.