The rumor mill in smartphone circles has been very active this summer in front of the release of a new Moto X flagship phone from Motorola.

Motorola has been releasing its flagship phones between August and September in recent years.

More images and details leaked today, this time from a Peruvian Facebook page called ‘Perú Android’. Peru Android claims to have procured the new images from an anonymous source.

If the images are to be believed, they suggest a couple of design innovations we haven’t seen before. Firstly they show both a photo sensor and a flash on the front of the phone. The front-facing flash may be to improve light quality of selfie images.

Odder still is the suggestion from Peru Android that the fingerprint sensor is built into the lower speaker port on the front of the phone.

“We can not confirm but if so it would be a very novel way Motorola has integrated sensor in the bottom speaker, although a bit thin,” the Facebook page reads.

The people say the new phone will also ship with a 2K display and a 21-megapixel rear-facing camera. 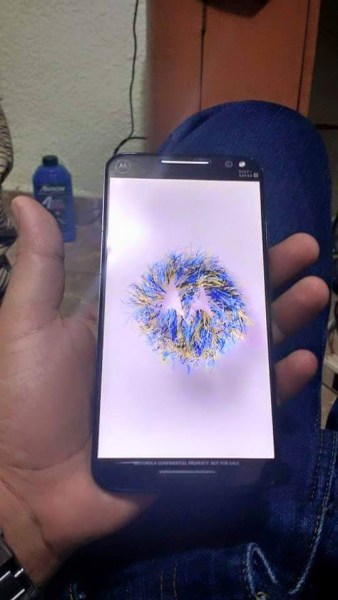