Leaked information about Microsoft’s upcoming flagship Windows phones has been showing up this summer, but some new information today fills in some important gaps.

Microsoft is working on a pair of phones — right now codenamed Cityman and Talkman — that will showcase Windows 10 and set expectations on how Microsoft wants its new OS to interact with phone hardware.

A new report from Windows Central today said the new phones, which are built on Nokia mobile technology, will run on Qualcomm Snapdragon chips and will both sport 20 megapixel rear cameras. 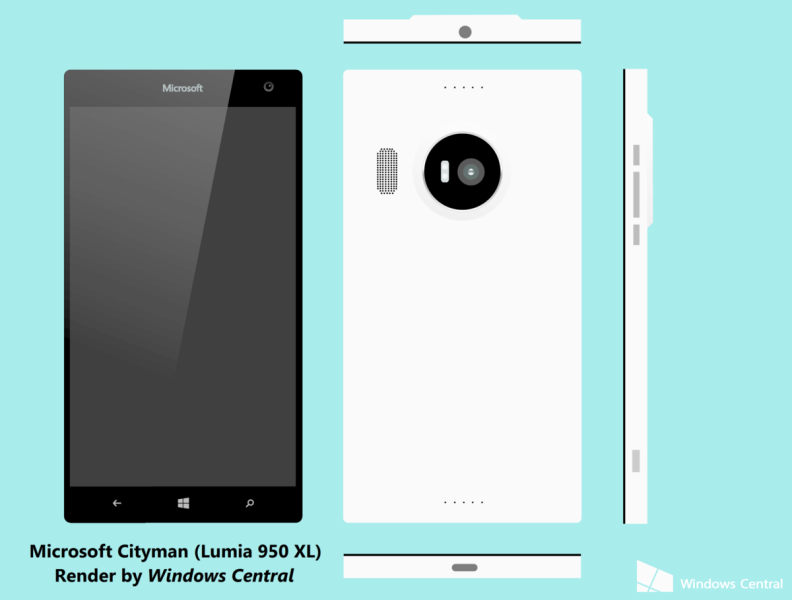 Above: This render made by Windows Central for Cityman (Lumia 950 XL) is a combination of eyewitness reports, sketches, and internal Microsoft documentation.

Come September, the actual product names of the new phones may be the Lumia 940 (Talkman) and Lumia 940 XL (Cityman).  However, Windows Central said, Microsoft is considering jumping over the x40 model numbers and calling them the Lumia 950 and Lumia 950 XL. The XL is very similar to the 950, but offers a pen stylus and a smart cover as accessories, the report stated.

Windows Central believes that both new Microsoft phones will be announced at the IFA conference in Berlin in early September, and will go on sale in October or November. October seems more likely, given the holiday shopping season. The publication adds that it believes the Talkman will go on sale first, with the Cityman following a few weeks later.