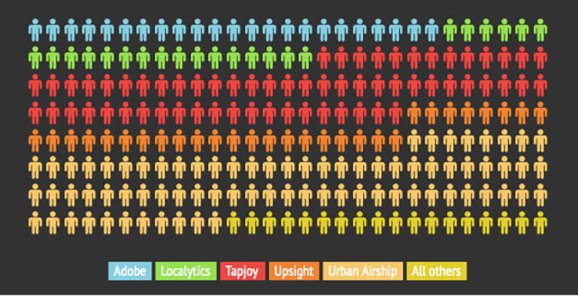 Some of the larger mobile marketing automation vendors

“There’s been a lot of rumors about Tune acquiring another company,” CEO Peter Hamilton said. “We’re very excited to confirm that we acquired the Artisan Mobile team to help app developers be able to retain their users that they acquire from Tune.”

Buying Artisan is part of a sweeping movement toward consolidation in the mobile space. 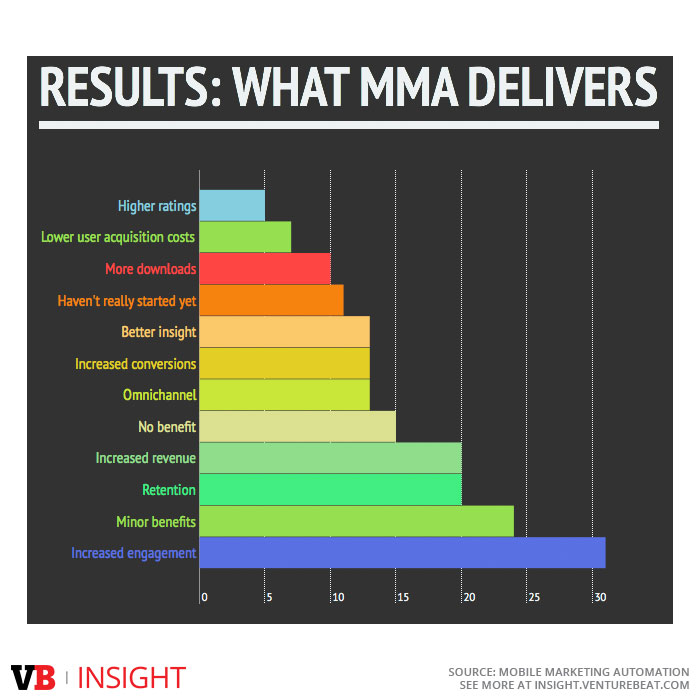 “We’re really excited to get Artisan Mobile into the Tune Marketing Console,” said Dan Koch, Artisan’s director of engineering, who also appeared on-stage. “It’s got all the tools you need for marketers … to get users into the door. The piece that Artisan adds is keeping them.”

And the consolidation will help mobile developers, said Koch.

“There’s a lot of SDK fatigue … a lot of technical overhead in maintaining multiple solutions,” he told me backstage. “A lot of times developers have five different solutions for five related problems. Putting solutions together is always going to be more than the sum of the results.”

It’s also a natural maturation of the space.

Without consolidation and integration, mobile marketers have constant “swivel chair” syndrome, checking multiple dashboards and dealing with data integration challenges. Adding mobile marketing automation helps developers understand and communicate with their users better, which will also help them make smarter decisions about what kinds of users to try to acquire, and how to monetize them more effectively.

There’s no definite ETA on the full integration, although Koch said that it would be “certainly by the end of 2015,” with certain components coming first.

The Artisan team is moving to Seattle from Philadelphia.

Developers will be able to use whichever tools they wish, he said.

The consolidation does open up a new era of higher-level competition between the top integrated toolsets in the space, however. Tune’s newest employees seem to welcome that challenge.

“Everyone sees this happening, and everyone’s bringing the tools together,” said Koch. “May the best solution win!”