Mozilla is working on identifying Firefox tabs that are currently playing audio. The feature will show an icon if a tab is making sounds and let the user mute the playback.

This has been available as browser add-ons and extensions for a while, but users want it built into the browser. Back in February 2013, we first heard audio indicators were coming to Chrome. Indeed, the feature arrived in January 2014 with the launch of Chrome 32. Now it’s finally coming to Firefox too.

“Mozilla is currently working on adding a feature for Firefox to display an icon in tabs that play sound, and additionally allows users to mute such tabs,” Ehsan Akhgari, Web API tech lead at Mozilla, told VentureBeat. “The feature has not been released yet, but it is expected to work similarly for Flash content on Windows and Mac, which is where the new Flash API is supported. We’re expecting to enable this feature on Firefox when Bug 486262 lands, among other Gecko dependencies. This feature is currently in review but we do not currently have an estimated timeline for it to land.”

The suggestion for audio indicators in Firefox was made way back in March 2009 on Bugzilla, Mozilla’s bugtracker and testing tool that is also often used to ask for new functionality. The topic picked up and died multiple times over the years, with the main blocker being the fact Flash content could not be easily tracked by the browser.

This month, momentum picked up again, with code for providing a visual indicator, a tooltip for the tab playing icon, and an option to mute and unmute by clicking said icon. We don’t know how it will look just yet, but Mozilla’s mockups offer a decent guideline: 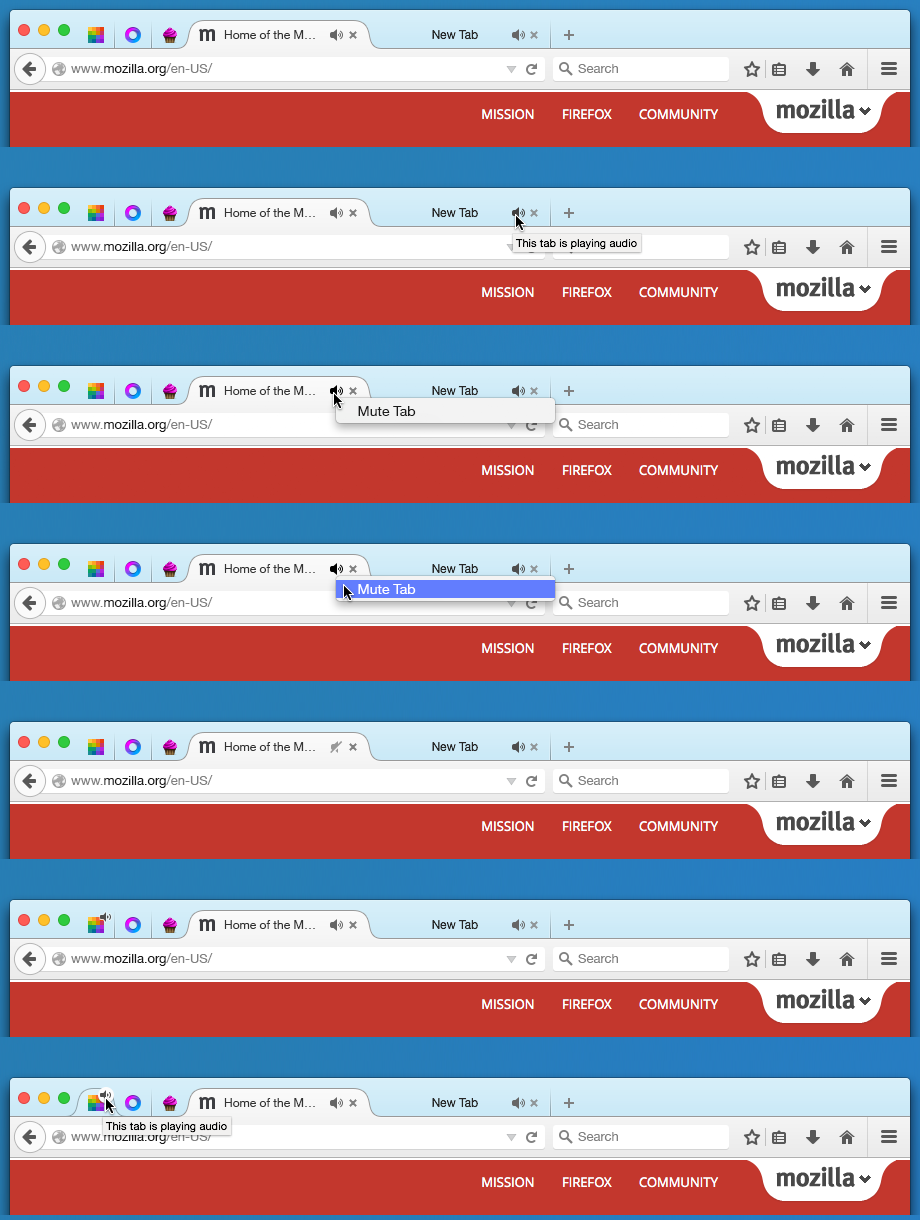 It’s worth noting that while Chrome has had audio indicators for more than a year now, it still doesn’t let you easily mute tabs. The option is available in Google’s browser, but it’s not enabled by default (you have to turn on the #enable-tab-audio-muting flag in chrome://flags/).

Mozilla wants to offer the indicator and muting functionality together. That way, when Firefox helps you spot the tab making noise, you can just mute it rather than have an internal debate on whether to just close the whole tab.