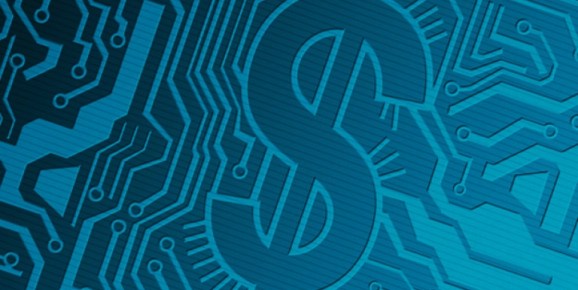 CB Insights recorded a whooping $8 billion in U.S. investment into the fintech sector in the last six months alone. The conversation around fintech is only getting louder as investments grow and new companies emerge on a daily basis. Amidst the hype of the fintech debate many misconceptions have appeared, here are the top five.

1. Stuck in a bubble

While the fintech rise is often compared to the dot-com bubble, this couldn’t be further from the truth. There are now 47 fintech unicorns (valued $1 billion plus) worldwide. Five of which have gone public and prove that the industry is not just a fad but here to stay. The combined value of these unicorns alone is $900 million or more. The industry has revolutionized existing financial practices and is formulating completely new business models. For example, companies like TransferWise let people transfer money between countries for a fraction of the cost traditional banks charge. Others such as StudentFunder enable access to education for students who can’t find proper funding elsewhere.

2. Banks and fintech fight to the death

The disruption of the financial market has been portrayed as a war between innovative tech startups and traditional banks. The media enjoys a good fight, but the truth is that the trend towards collaboration is in full force. According to CB Insights data, in the U.S. six major banks have made strategic investments in more than 30 fintech companies since 2009. New collaborations are emerging everyday. A recent Accenture study found 60 percent of London investors are open to sacrificing current revenue in order to move to new business models and 80 percent see working with fintech startups as a valuable way to bring new ideas to their business.

The heavy multilevel regulatory framework of the financial markets has always been the biggest barrier for fintech startups to overcome. However, increasing lobbying efforts and cooperation with government authorities have helped fintech startups bring their concepts to market and gain credibility and trust. The UK has already introduced new legislation requiring banks to refer clients applying for funding to alternative financing providers if they cannot or do not want to serve them. Companies, such as WealthForge, which targets broker/dealer services, are capitalizing on the business of regulation. Moreover, those fintech frontrunners that have successfully navigated uncertain regulatory waters achieve a level of legitimacy that puts them ahead of competitors and on track for more sustainable growth.

Silicon Valley, New York, London, and Hong Kong are the epicenters of the fintech investment blast, but the industry has now been opened up to emerging markets. There is tremendous opportunity for disruptors to advance financial inclusion where banks have been complacent. With new companies and innovative technologies emerging rapidly, a majority of unbanked consumers will most likely skip credit cards and ATMs and jump directly online. Emerging markets, such as Southeast Asia, Africa, and Latin America are starting to gain momentum as fintech companies hit unbanked populations that have not been touched by traditional banking before.

Owning 80 percent of U.S. fintech investments, lending and payments come out on top as the largest clusters in the fintech industry. However, other areas, such as insurance, market provisioning, investment management, and capital raising are also making a significant disturbance in finance. The World Economic Forum recently reported that insurance is one of the biggest disruptors, as advanced algorithms and computing power are revolutionizing this stale industry. New financial management systems help to save money and time and can boast credit scores and detect fraud all in the same place. Data analytics is another hot area, catching the attention of big banks, such as Goldman Sachs; these advanced data analytics platforms hold the key to the future of financial solutions.

Toby Triebel is CEO and cofounder of Spotcap, an online lender for small and medium sized businesses. He has 10 years of experience in the finance industry, starting his career at Goldman Sachs, and more recently investing in corporate and bank credit at a leading emerging markets hedge fund. You can follow him on Twitter: @tjtriebel.