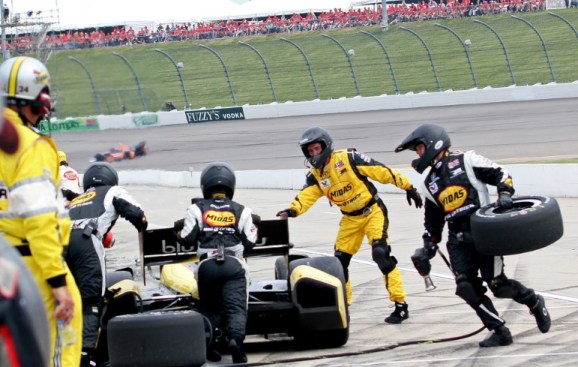 As app developers and marketers wait eagerly for the launch of Android M, they have quite a few reasons to get excited. But they also have one reason to be slightly worried: Google’s plans for a new data sharing process, which will allow Android users to share less information with apps.

Where today users downloading an Android app have to grant all required permissions before installing an app, under the new policy, apps will only be able to ask for a specific permission when a feature of the app requires it.

The first and most obvious change we should expect to see from this policy is users becoming more selective. Users will start refusing and rejecting intrusive apps and in turn developers will have no choice but to ask for less information.

So what can app makers do to adjust to this change? Here are a few tips:

Jonathan Bartov, VP Business Development at the caller ID app Sync.ME, recently told me, “The same way a mechanic can’t fix your car without looking under the hood, our ability to provide users with a valuable service is dependent on our permissions. Many developers take advantage of users’ trust to request unnecessary permissions, which has caused a backlash of suspicion towards all permission requests.”

If your app is using fake functionalities in order to disguise its data-sucking aspirations, you should either pivot or suffer the consequences. It is now time for every app marketer to take a closer look at their product’s permission requests list and rewrite it in a more minimalistic state of mind.

Users have every right to be suspicious and even afraid of intrusive apps, and the best way to battle this fear is by providing valuable information. If you want to make a successful transition to the new data sharing system, give your app-page content and onboarding screens a makeover and include informative explanations of how this data is shared and why it is needed.

Educating users regarding the contribution of each request in a reassuring way that will convince them to hit “approve” is quite the challenge, but app makers must learn how to do a better job introducing their product in a more transparent and clear fashion.

Find the right time and place

Since the permission-request stage will no longer appear solely as part of the download procedure, Android developers will need to study users’ actions in order to understand exactly when it’s the right moment to ask for permission as well as attach each request to the right value provided to users. For instance, instead of asking for access to a user’s camera right after he or she has installed the app, the app will wait for the user to perform a task that requires using their camera and only then present them with a permission request. This should decrease users’ concerns and convince them to play along and approve.

The new data sharing system makes Android’s permissions-request process much more similar to that of iOS, a good enough reason for Android specialists to cross over and learn something from how it’s done on iPhone.

This recommendation is not only relevant when it comes to permission requests. For a while now, we’ve seen Google make “Apple moves” and vice versa. It would be smart of app marketers and developers specializing in one particular OS to learn how the other half of the mobile world lives and use this upcoming change as an opportunity and a wake-up call.

While a more focused data sharing system is definitely a positive change, the true meaning of Google’s latest move is in forming better relationships between Android developers and users by building stronger communication skills and paying more attention to users’ needs. Frightening? Yes, but at the same time, this is an opportunity to get closer to your users and build a trustful relationship with them.

Lior Eldan is the cofounder and COO of Moburst, a global mobile marketing agency.