What are the most frequently used words in the English language? You’re about to find out.

In 1965, researcher Mark Mayzner published Tables of Single-letter and Digram Frequency Counts for Various Word-length and Letter-position Combinations. His work, which studied the frequency of letter combinations in English words using a corpus of 20,000 words, has been cited in hundreds of articles.

In December 2012, when he was 85 years old, Mayzner contacted Peter Norvig, a research director at Google. He wanted to see if “perhaps your group at Google might be interested in using the computing power that is now available to significantly expand and produce such tables as I constructed some 50 years ago, but now using the Google Corpus Data, not the tiny 20,000 word sample that I used.”

Norvig did exactly that, and today, YouTube user Abacaba created a brilliant visualization of the results. Before you start watching, try to guess the three most frequently used words in the English language.

Got your three words? Good. Here we go:

I guessed “the” correctly, but my second and third place guesses were “a” and “I” — neither of which are even in the top five. It turns out that “a” is sixth and “I” is 19th!

Here are the top 50 most frequently used words in English: 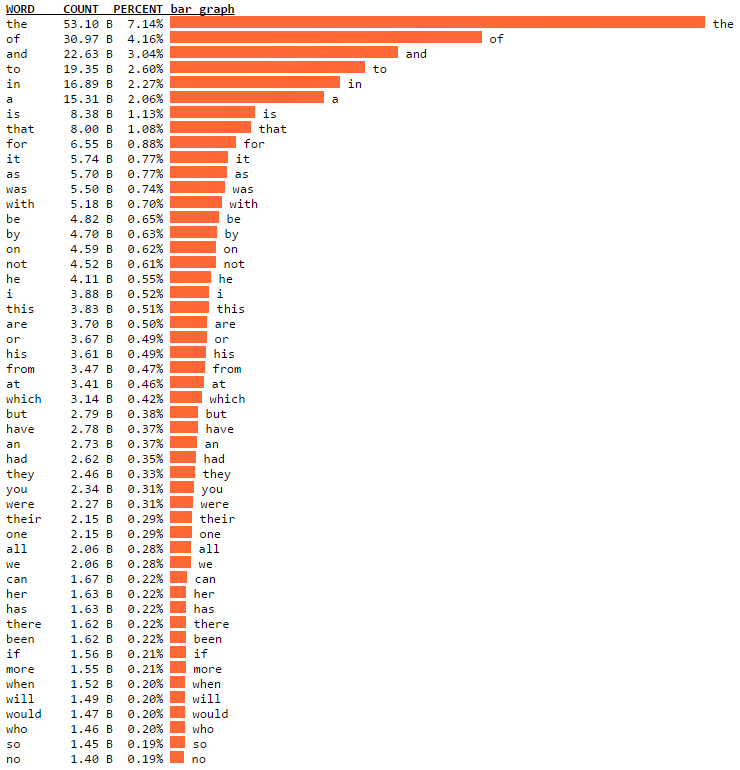 If the video piqued your interest but didn’t quench your thirst for knowledge, you might want to know how Norvig put it all together. In his own words: