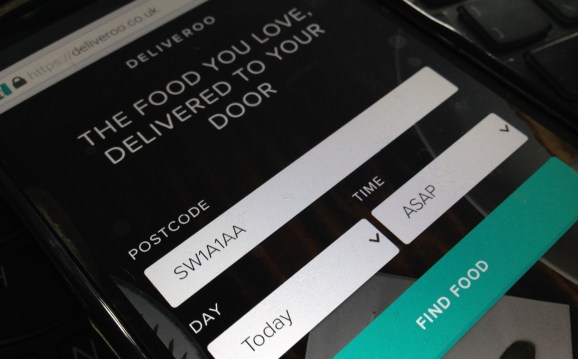 Deliveroo has swallowed another $70 million in funding as the U.K-based food-delivery startup gears up for some aggressive expansion across Europe, the Middle East, and Asia.

Today’s news takes the startup’s funding close to $100 million, following its $25 million raise back in January and $2.5 million the previous June. Greenoaks Capital and Index Ventures led the latest round, with participation from Accel and Hoxton Ventures, both existing investors.

Founded out of London in 2013, Deliveroo sets itself apart from the many other food-ordering aggregators out there by focusing on the premium end of the culinary realm.

But it isn’t all fois gras and abalone — it’s more the kinds of eateries you don’t find on the myriad of alternative platforms, and it includes places that don’t normally do delivery. For example, you’ll find Nando’s, Wagamama, and Gourmet Burger Kitchen, as well as smaller indie establishments.

Just Eat, a global version of GrubHub that’s also based in the U.K., IPOd last year on the London Stock Exchange at a $2.5 billion value. Just Eat, however, had thousands of local takeaways signing up to make their menus available, with each takeaway using its own delivery drivers. Deliveroo, on the other hand, partners with restaurants but uses its own drivers and cyclists. It’s all about creating a consistent experience and identity — you’ll see Deliveroo-branded vehicles zipping around the roads.

In addition to increasing its reach across the U.K. to 18 towns and cities, the company has already expanded out into France, Germany, and Ireland, and claims a 500 percent growth in daily orders since January. While the startup is aiming big in terms of global reach, it has no immediate plans to target the U.S.

Unlike the many companies that take a mobile-first approach, Deliveroo launched only on the Web initially. It quietly introduced its first mobile app recently — though it’s only available for iPhone users in the U.K. at the moment.