Mobile engagement platforms have sent over a trillion push notifications to people like you and me. Most of them, frankly, are mindless updates that somewhere, something has happened.

A few of them are useful and smart.

Increasing that few is something that Taplytics CEO Aaron Glazer is working hard on. Taplytics is an emerging player in the mobile marketing automation space with significant customers like Target, RBC, Shyp, and RetailMeNot. It is trying to go deep, not broad, in making the hundreds of daily interruptions that push generates useful, not annoying.

“Push is precious,” he said. “You need to get the right message at the right time to the right person in a way that enhances the relationship.” 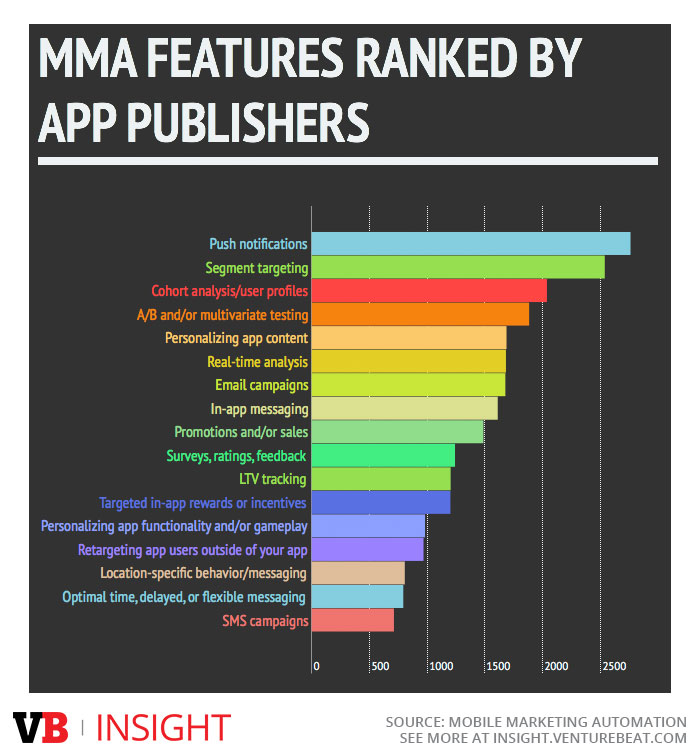 Above: Push notifications are the most used feature of mobile marketing automation systems.

Smart push is messaging that is not just push, but notifications that are augmented with intelligence around location, relationship, purchase history, timing, and even your implied calendar: not just where you are, but where you’re going. An airline, for example, could send you a push message when you land, telling you which carousel your baggage will be at — but only if you actually checked bags. That’s critical, and that’s an example of providing value by upping the signal and reducing the noise.

A retailer — Frank & Oak, for example — would have very different messages for different clients. In Vancouver, where the primarily subscription-based retailer has an actual physical location, it’s one message. In San Francisco, where the company is a virtual resident, it’s another. The acquisition funnel is different, the customer relationship is different, and purchase pattern is different … and so is the relationship.

So the communication is, too. 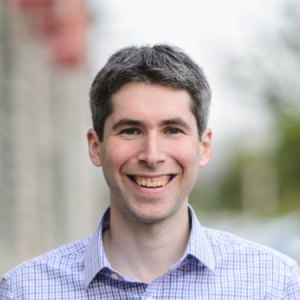 Taplytics’ new smart push service enables extreme levels of segmentation that allows what the company calls “hyper-personalization”: customization down to the individual level. That’s impressive — though I wonder whether companies would have the time or personnel to utilize it frequently. Messages can be based on “any combination of user data and in-app interactions,” the company said, including browsing activity and previous purchases.

“The importance of sending the right notification has gone up substantially … especially since the Apple Watch,” Glazer said.

(On the Apple Watch, of course, notifications are extremely terse, and should be even more relevant to immediate activity to justify the physical tap the wearer gets.)

Aside from simple updates on social networks, push messaging has typically been transactional and siloed. Glazer’s goal is to change that and make it part of a conversation that brands have with you, a relationship that goes far beyond using their apps … while utilizing all the data that the brand has about you. Assuming you want that, of course. And assuming the companies you patronize care enough to make it happen.

“They’ll backfire 100 percent of the time if they’re generic and untargeted,” said Glazer.