The organizers of ChinaJoy paid my way to Shanghai. Our coverage remains objective.

A high-ranking Chinese regulator urged Chinese game developers and publishers to expand worldwide in an effort to become the undisputed leaders of the global game business.

He also promised that the government will support international expansion and step up its efforts to stamp out piracy. Song Jianxin, the deputy director of the digital publishing department for the Chinese government’s SAPPRFT agency (State Administration of Press, Publication, Radio, Film and Television) also verified that China will allow the expanded sales of game consoles across the whole country, after a year of a pilot test. 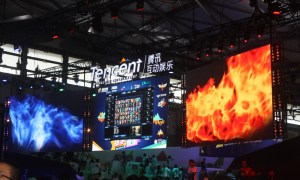 Above: Tencent is one of the companies thriving with its own Android app market.

Speaking at the China Digital Entertainment Congress — a business event in advance of the massive ChinaJoy game trade show, which is expected to draw 250,000 attendees — Jianxin said that the government would make it easier for game companies to publish their content quickly and globally, so long as they stay away from the taboo censored topics of Chinese politics, religion, and the military.

He said that the competition in the Internet and mobile gaming era has become a lot more difficult. The government is trying to step back to allow greater self-management for the industry.

And China’s own share of its market is gaining ground. China’s “self-created games” reached 43.2 billion renminbi in the first half, up 33.5 percent from a year ago. That amounts to 75.7 percent of total revenues in China’s game market. That means that Chinese gamers still prefer domestic Chinese-made content when it comes to their games.

Jianxin said China is encouraging investment in research and development and innovation in gaming, and it wants both a more balanced industry and higher-quality games.

“Government and society have a dual responsibility in creating better quality of games,” he said. “Copycats and piracy and vicious competition will be eliminated shortly. We want to create a better competitive environment to be healthier and more orderly.”

Jianxin said that Chinese PC and web game makers have successfully transitioned to making mobile games, through both acquisitions and internal development.

“The potential is obvious,” he said. “We have the advantage of domestic-made games and successful experience of some companies.

So far, the best external market is Southeast Asia for Chinese games. But companies are targeting the U.S. and Europe, and in the future they will target emerging markets such as South Africa, the Middle East, and Russia. 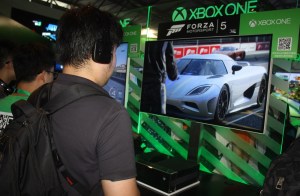 He said that the exports are helping drive awareness of traditional Chinese culture, something that the government considers to be a benefit of the game industry.

“Quality and taste are still problems,” he acknowledged. “We have large quantities, but low quality. Such issues have not been addressed. We have a lot of imitation and copycats. We have a long way to go.”

He added, “We should not merely emphasize the domestic market. We have to go out into international competition. Then we can have more opportunities to occupy the high land of the gaming industry in the world. Only by doing so can we promote Chinese games and Chinese culture to the globe. We should not merely visit the overseas market. We need to go further, and be involved in intellectual property collaboration and content creation.”

China has an overseas promotion fund to support Chinese game development opportunities, Jianxin said, but he didn’t describe it further.

He also promised censorship (not his word) would continue.

“We will have supervision on different categories of games,” he said. “We will publicize our future regulations. As long as topics of games are not related to politics, religion, and the military of China, then we will do not do repeated supervision and approval of games. That goes to the empowerment of the right of the local authorities.”

He said developers of games based on sports, cars, chess, casual, or leisure topics can enjoy the “maximum freedom.”

He said that licensed game developers can make games subject to these approvals, or work with distributors who are responsible for the content. He said that approval time in 2015 is 30 percent faster than in 2013. 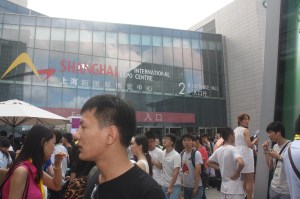 Above: ChinaJoy was a sea of people converging on one spot in Shanghai for five days.

As for console games, he said that the consoles launched successfully last year in the Shanghai Free Trade Zone, and now the consoles will be available elsewhere too.

“We have adjusted our review and inspection process for all the consoles produced and imported through the Shanghai Free Trade Zone,” Jianxin said. “This year we will further simplify the applications process for console games and reduce the approval time.”

He said the government will continue to supervise games on terrorism, pornography, and politics.