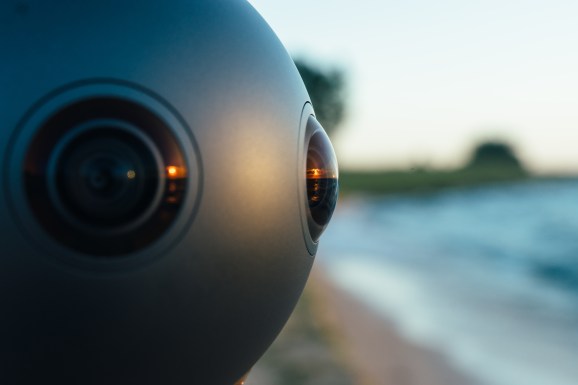 The device features eight synchronized shutter sensors and eight microphones to produce stereoscopic three-dimensional video, according to a statement from the company. Special software for the device will allow viewers to see three-dimensional content in real time and doesn’t require users to assemble panoramic images ahead of time.

The product came out of Nokia’s research and development labs in Finland and will be made in Finland, too. Prices are not yet available.

Several other tech companies are developing virtual reality hardware. Google, which has been developing an app ecosystem for its Cardboard viewer, announced at the Google I/O developer conference the Jump project, a kit for filming virtual reality video that can work with a rig using as many as 16 cameras. GoPro has developed just such a rig, which is capable of recording stereoscopic film. Meanwhile Facebook is behind the Oculus Rift headset, and Microsoft is developing the HoloLens augmented reality headset.

Startup Jaunt will support Ozo, according to Nokia’s statement today.

Find out more about Ozo here.