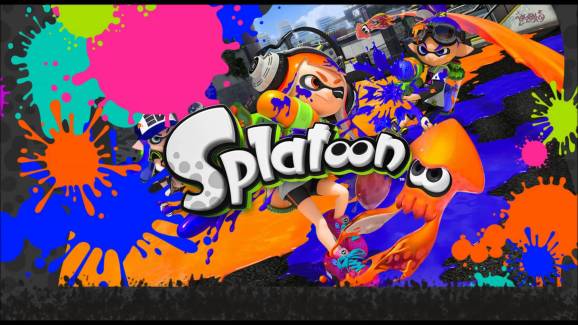 Nintendo will continue pushing Splatoon through the end of the year.

Mario and Link need to induct some new characters into the Nintendo character club, and they are both squids and kids.

Splatoon is the latest original Nintendo property to catch on with a pretty sizable audience. The publisher said it sold 1.62 million copies of Splatoon worldwide. That is a huge number for a new idea making its debuted — especially on a system that has as few owners as the Wii U. To put this in perspective, Nintendo sold 4.55 million games in total last quarter. That means Splatoon made up 35 percent of every game sold on Nintendo’s home console from April through June — and Splatoon didn’t even debut until May.

This news comes out of Nintendo’s financial results for its fiscal first quarter of 2016. The company demolished analyst expectations, and Splatoon and Wii U get a lot of that credit, according to the publisher.

“With respect to Wii U, Splatoon, which was released globally in May and gathered attention, marked 1.62 million units in sales and contributed to vitalizing the Wii U platform,” reads Nintendo’s report.

Nintendo obviously realizes it has a hit on its hand. The company has kept the game front-and-center on its social media channels all summer. These include posts about the game in general but also about new content that the developer adds to the game on a near constant basis.

And Nintendo isn’t going to slow down with how it promotes Splatoon. The plan is exactly the opposite.

“By maintaining the attention level of Splatoon, which enjoyed a good start, we will strive to further enhance the sales toward the year-end sales season,” reads Nintendo’s financial report.

To us, this sounds like Splatoon will play a big role in convincing people to shell out cash for the Nintendo home console when they’re shopping throughout November and December for the gift-giving holidays. So maybe if you haven’t picked up a Wii U and Splatoon by October, you should wait to see if Nintendo comes through with any deep discounts as part of a Black Friday promotion.