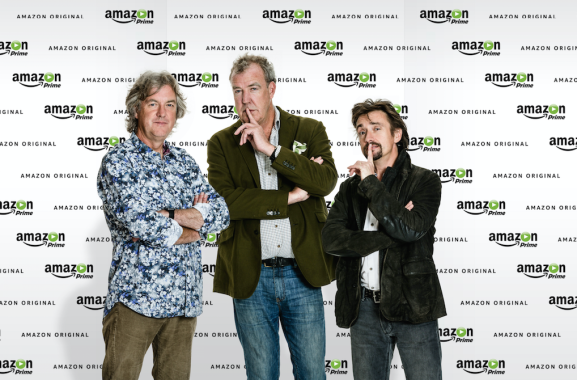 Amazon: Top Gear chaps sign up to The Grand Tour

Amazon scored a major scoop with the news that it has signed former Top Gear presenters Jeremy Clarkson, James May, and Richard Hammond to present a new car show to rival Top Gear.

The yet unnamed show will go into production later this year, with the premiere expected some time in 2016. It will be exclusive to Amazon Prime subscribers.

There’s little question that Netflix was the front-runner in the battle to sign the former Top Gear men, but it seems that Amazon pulled out all the stops to lock them in.

As well as the triumvirate of presenters, the new show will also have the same executive producer as Top Gear, Andy Wilman.

Top Gear is a long-running TV show from British broadcaster the BBC, dating back to the 1970s. Since 2002, however, the show has risen to international acclaim thanks to the zany, offbeat styles of the three aforementioned presenters.

The show came to an abrupt halt earlier this year when Clarkson was accused of punching a producer on the show —  an incident which led to the sacking of Clarkson, whose two colleagues subsequently chose to walk away too.

While Top Gear will continue with a new team of presenters, many view the departure of Clarkson & Co., whose names have become synonymous with the Top Gear brand, as a huge loss for the broadcaster.

Launched in 2005, Amazon Prime was traditionally all about the free two-day shipping, but it has added a number of add-on benefits to its annual subscription over the years.

The company has launched a complimentary, ad-free music-streaming service, unlimited cloud storage for photos, and an “ethical” proprietary line of products. It has also added same-day and one-hour / two-hour delivery options.

For $99 a year, Prime is arguably becoming too good to ignore.

With Amazon Prime Video, the Internet giant has been edging further into original content territory, taking on big-name stars such as Woody Allen. But with north of 300 million global viewers at its peak, Top Gear represents a sizable audience –and many will see this deal as an acquisition of the Top Gear following, even though the show will go out under a different name.

The only real lingering question is how Amazon plans to broadcast the new show. It does refer to the deal as “Global,” however Amazon Prime Video is only available in the U.S., U.K., and Germany, which leaves the rest of the world in limbo. An Amazon spokesperson told VentureBeat that the show will be available to “hundreds of millions” of fans globally, however, it isn’t yet revealing how it will make that happen.

A good guess could be that Amazon is planning a new service that will let people in any market order specific shows on-demand, or perhaps Prime Video will itself be launching in many more markets later this year. But a safer bet might be that Amazon will license the show out to local broadcasters — which could be a major money spinner for the company.