Ever since it made its debut on FIFA 09, Ultimate Team has quickly become a cultural and commercial phenomenon for EA, leaving a prodigious impact on sports games.

For several years now, this popular game mode has contributed to the FIFA series’ massive growth in popularity, pioneering the way sports games utilize online gameplay just as the games industry was moving toward a digital future. Ultimate Team is now the biggest feature on every FIFA game, and it has even invaded other sports franchises like Madden and NHL. As of now, soccer video games can no longer just be about simple online matches or single-player career modes — they have to employ this type of an addictive metagame that can quickly become the sole reason people purchase these titles.

A new FIFA game can’t ship without Ultimate Team, or else sales will plummet. Just take a look at Konami’s Pro Evolution Soccer, as it’s no coincidence it can no longer compete with FIFA the way it used to in the mid-2000s before Ultimate Team’s introduction. PES lacks such a popular mode despite attempting to mirror it — and failing miserably in the process. Even the NBA 2K series has been including a similar mode of its own, called MyTeam, in order to mimic and combat Ultimate Team’s success.

Simply put, it is significantly changing the way we play sports games, and view sports.

This mode enables you to build a playable fantasy team with player cards — all varied by their rareness (bronze, silver, gold, and in-form) — by trading, winning matches, and using in-game FIFA coins. Yes, the gold and in-form cards are expensive, and yes, you can buy card packs with real money. It’s almost inevitable that they do, because it’s pretty arduous to get the best players without spending a dime. Hence why EA is raking millions off of the mode.

The mode first started out as a small $10 add-on for FIFA 09. It launched five months after that game’s release, in March 2009. EA was testing the waters, seeing whether or not the mode would resonate with players. It did. Ultimate Team then became a cheaper digital expansion to FIFA 10, and a free FIFA 11 add-on. But it wasn’t until FIFA 12 that it significantly took off, as this is where the mode was finally included with the release for the first time at launch. 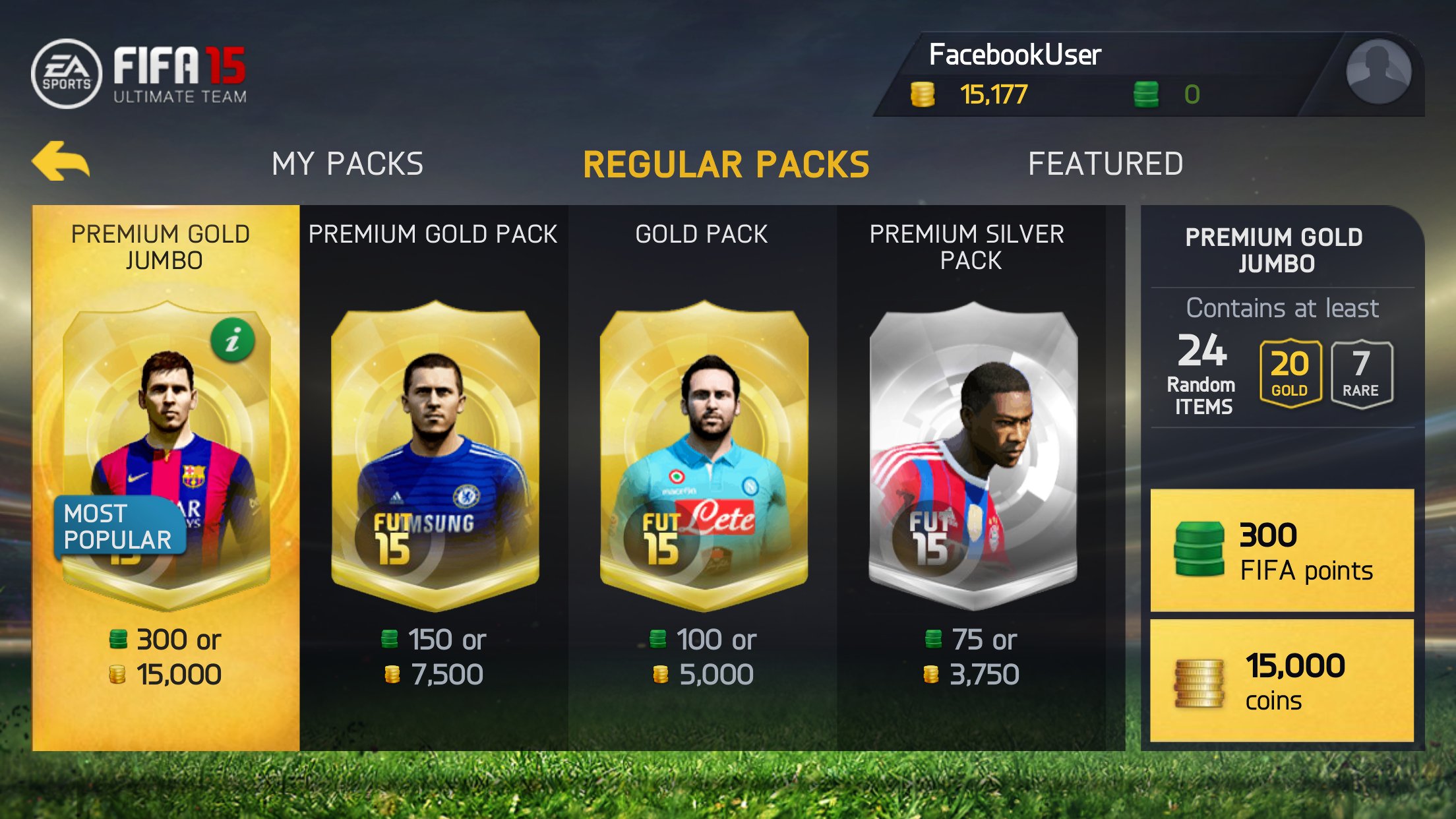 A total of 1 million FIFA 09 users played Ultimate Team, and this number catapulted to 6.7 million on FIFA 12. FIFA 12 sold 3.2 million copies in its first week, up 23 percent over FIFA 11. Now well over 14 million Ultimate Team users play on FIFA 15, and that number will most likely grow even more once FIFA 16 hits store shelves in September. Of course, EA’s FIFA games were always popular; it’s not like these titles underperformed each year before Ultimate Team existed. But these games now sell significantly more.

Though it isn’t as popular with Madden and NHL as it is on FIFA, it is slowly finding its footing in these titles as well. Remember, it was only recently introduced in the former two franchises, and the massive year over-year-growth shows that Ultimate Team has the potential to be the premier feature for both soon enough. It’s garnering a lot of attention for Madden NFL 16, which is due out on August 25.

Ultimate Team has also enveloped soccer culture, and it has become an integral way for people to view the sport. For one, since professional soccer players receive an upgraded in-form card if they perform exceptionally well during a match, people instantly become concerned with how and when they can acquire this particularly ultra-rare card. It adds a whole new layer to the viewing experience that can easily become more important than the actual soccer game itself, particularly for those that are addictive enough to Ultimate Team.

People just inevitably start viewing the beautiful game through a slightly different lens. It’s just like fantasy league in a way, except here you can actually spend dozens of hours not only building a team but also competing with it against other players. Ultimate Team also created a gargantuan YouTube community, and bred careers. A plethora of videos, and YouTubers with millions of views and subscribers are some of the results. 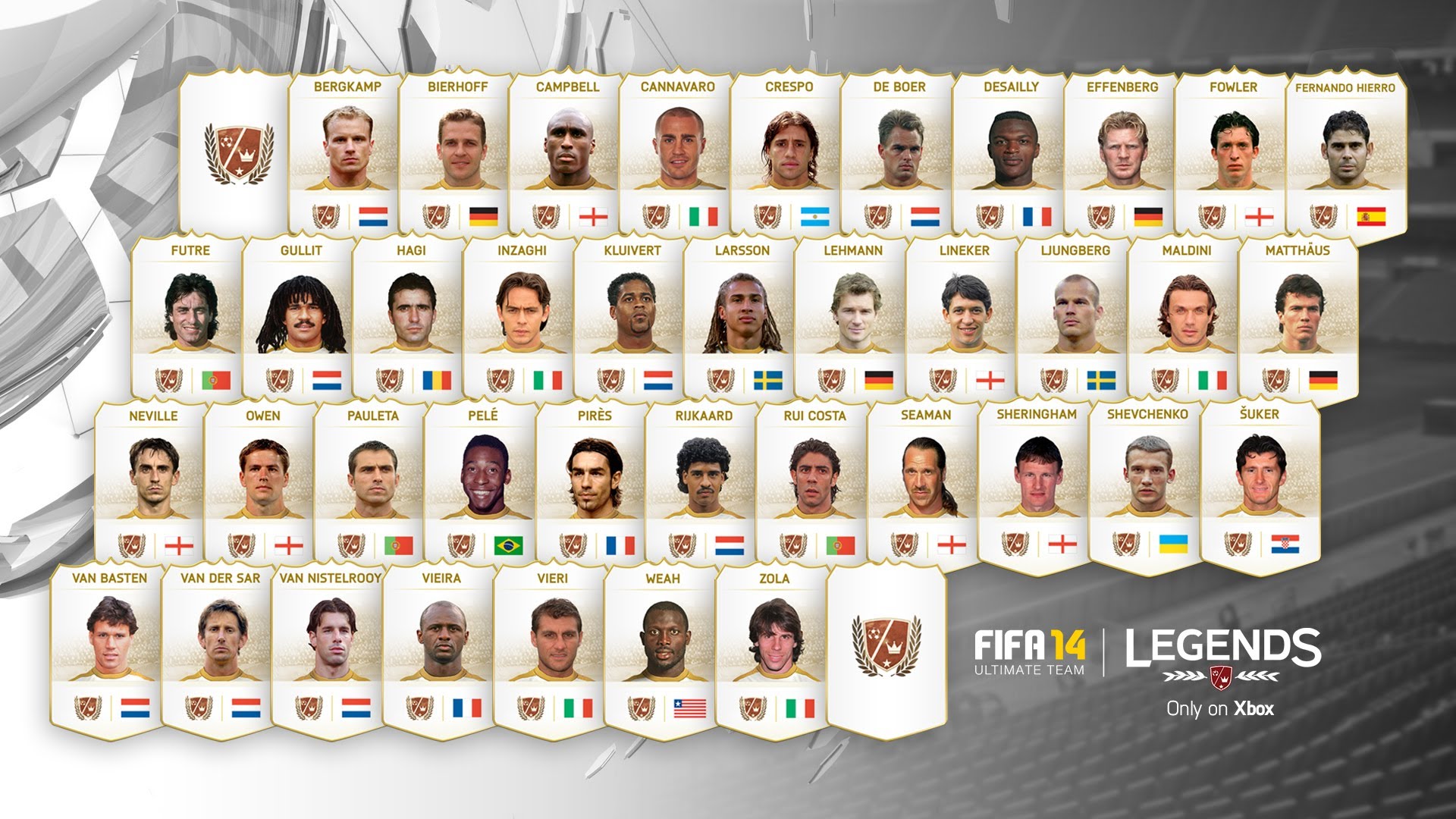 Above: So many legends.

KSI, who now has nearly 10 million subscribers; W2S, with almost 5 million; and Zerkaa, with nearly 1.5 million are just some prime examples, and all three mostly produce Ultimate Team content. FIFA has turned into one of the most consistently popular games on the video service, and like the aforementioned YouTubers, almost all of the content stems from Ultimate Team.

You can find a smorgasbord of tutorials regarding how to make in-game coins, with in-depth strategies and rules on how to familiarize with, and make the best use of the mode’s live market; videos analyzing players, and team formations; rundowns on how to build the best teams for certain amounts of money/coins, and etc. Only certain games like Minecraft garner the same massive amounts of YouTube views, and for such a prolonged period of time. New Ultimate Team videos become popular even with FIFA 16 releasing on September 23.

The mode will continue to be a hit on FIFA 16, but will it ever become mundane or repetitive for people, who knows? As of now, statistics show that this won’t be a problem for years to come, especially if EA iterates on it and adds a few new mechanics. What started out as a meager add-on has now become a juggernaut not only in the sports genre, but in the video game industry as a whole. And it’s only a matter of time until Ultimate Team becomes an online service separate from FIFA, and other sports games. EA hasn’t introduced any other modes that became as poplar as Ultimate Team.

Who knew that combining virtual cards with sports, and fantasy team would be such a great idea?