Party Hard is turning mass-killing into a spectator sport.

When I first played Party Hard at Casual Connect Europe, I really didn’t get it. But the stealthy 8-bit game — in which you kill your noisy, party-loving neighbors — clearly made a big impact, as it picked up the Best PC Game award. Its Ukrainian developer, Pinokl Games, also picked up a partner in Tiny Build Games (of SpeedRunners fame), which is helping add goofy, lighthearted elements — and Twitch livestreaming interactions — to what’s an otherwise dark concept.

I played an updated one-level preview of Party Hard this week, and — thanks in part to a spooked horse and a runaway golf cart — I’ve started to appreciate its ridiculous, macabre charms.

Kill everyone, in a variety of strange ways

Party Hard’s first, tiny introductory level has you kill a small group of bikers hanging around outside your house. And you have to kill them all before you can move on. 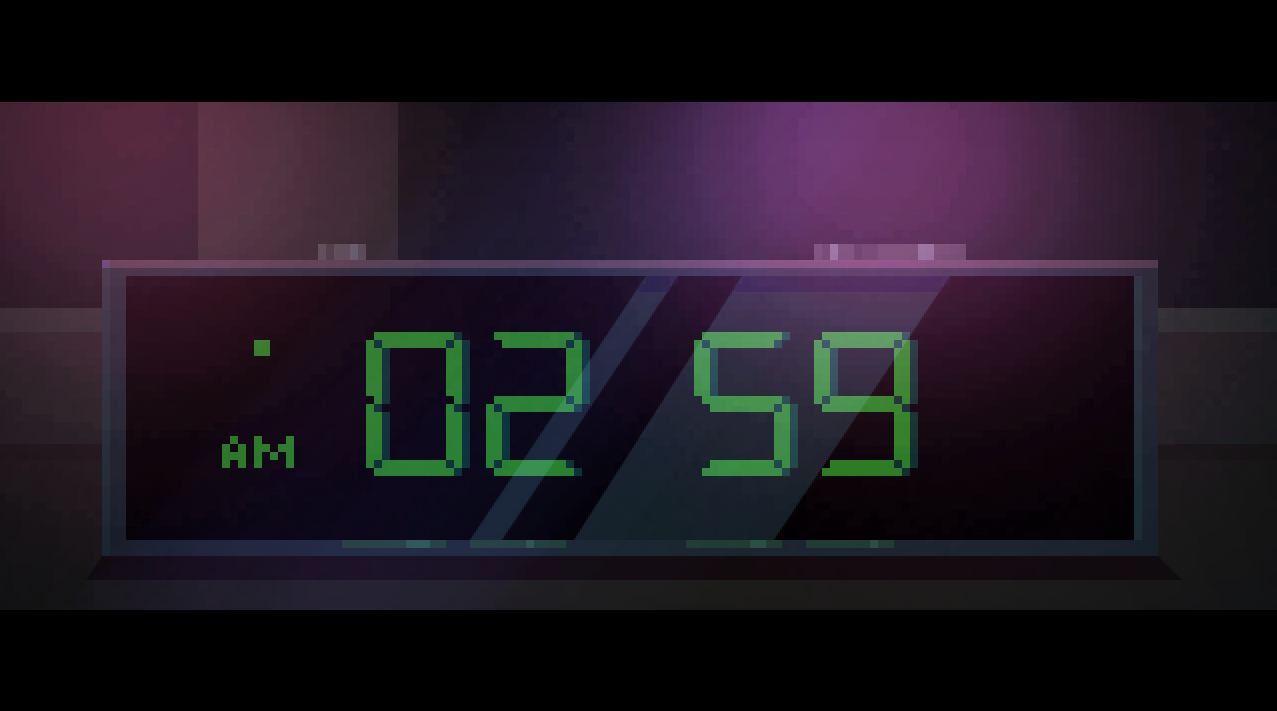 It’s a strange introduction to what’s essentially a stealth game. Usually, these have an option to sneak past everyone or knock them out. Party Hard, though, wants you to kill everyone in sight. It now gives you a ton of different ways to do that other than just knifing them (which was the only kill mechanic when I first played the game).

So, instead of knifing all the bikers, I pushed one into a barbecue and dropped a tree on another. And when I got to the actual party — still in full-flow at 3 a.m. — I found a range of murder methods that included poisoning the punch, rigging bookshelves to collapse, starting fires, blowing up a cooker, and calling in pest control. I even watched partygoers kill each other as they started wondering who was actually to blame for the rapidly unraveling mayhem.

And when they did call in the cops, I just stood on the dance-floor and busted a move, feigning innocence, while everyone danced around me in a myopic alcohol-induced haze. 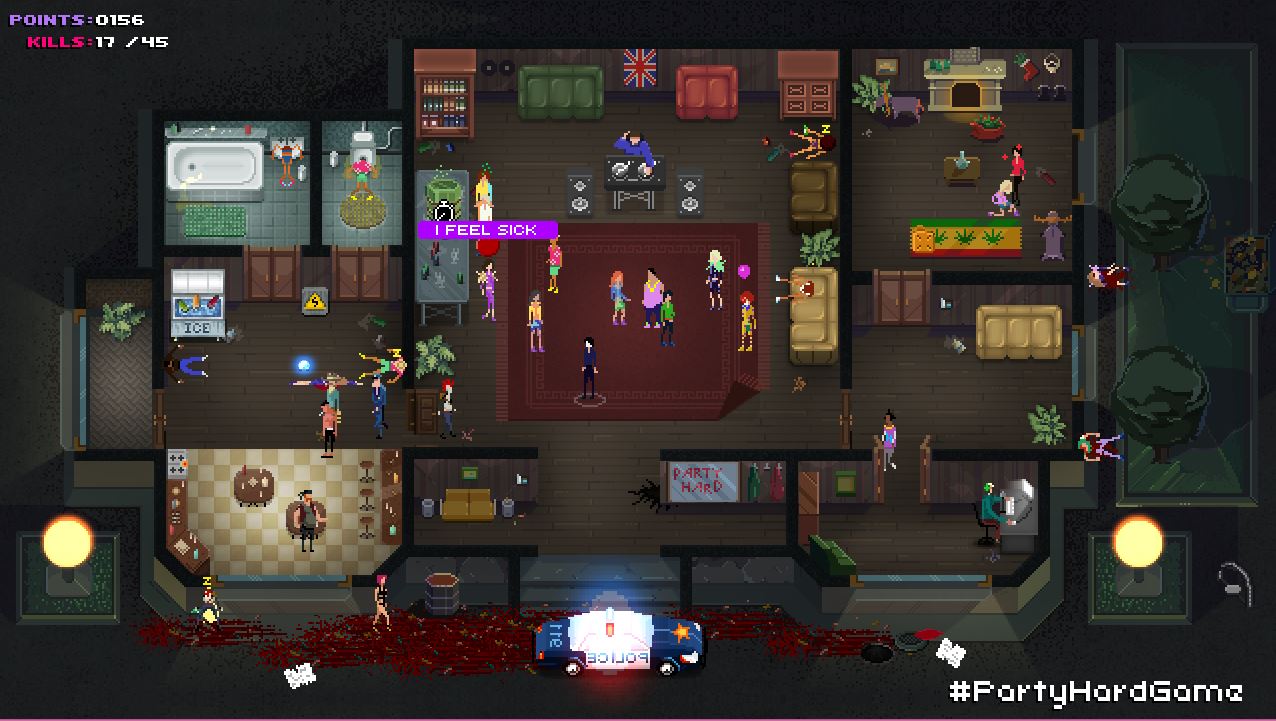 Above: Poisoning the punch is an effective tactic.

Tiny Build embraces livestreaming with Party Hard, letting Twitch viewers’ chat partially dictate what happens in the game’s various levels. Chat comments could trigger a rampaging bear or a SWAT team, for example, forging a real connection between the player and their viewers.

Tiny Build hasn’t talked about this Twitch integration before, and it’s demoing it for the first time at the PAX Prime conference in Seattle running August 28 to August 31. The decision to include it actually came about after another recent live event, when Tiny Build demoed the game with YouTuber Jesse Cox at the controls.

“We instantly saw the appeal of livestreaming the game and saw a huge audience gather around the stage and cheer for Jesse when he successfully pulled off combo kills,” said Tiny Build cofounder and chief executive officer Alex Nichiporchik via email. “In the same way, we noticed that people would walk by our booth, catch a glimpse of someone playing, and start to cheer for that person. This is when we decided the game would need Twitch integration — a way for the player to interact with the chat, and the chat to influence in-game events.”

Nichiporchik explained a little about the mechanics of using Twitch to make in-game decisions, and it sounds a whole lot simpler than I expected.

“On a technical level, it’s not difficult,” he said. “Players will have the option to input their stream keys so the chat can be scanned. From there, we aggregate certain keywords, and once they’re hit [we] start a counter. For example, we can have two possible events pop-up on-screen, and the audience can vote for one or the other.

“Imagine the streamer at this point scrambling to change his tactics, anticipating an incoming SWAT car or a bear that’s ready to go on a rampage. These events will be weighted towards their impact. So it’s more difficult to get SWAT cars in versus the bear — so more users will need to vote for the SWAT cars.”

Where other nihilistic games have often choked on their own seriousness — like the recent twin-stick shooter Hatred — Party Hard embraces a ridiculous, black sense of humor that kind of sets it apart. Characters react appropriately on discovering dead bodies, but this doesn’t stop them partying on after they’ve called the cops, and pretty soon everyone’s picking their way through piles of body bags as they head to the kitchen for snacks. It’s almost too ridiculous to be offensive. 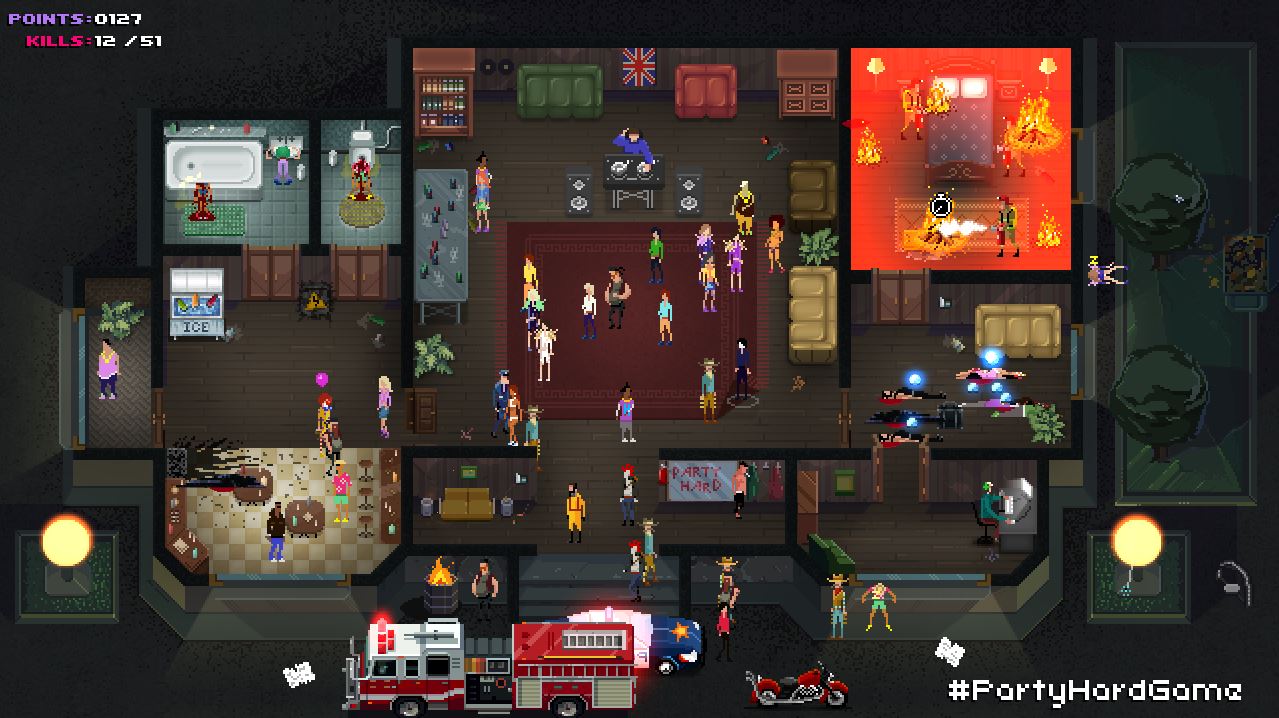 Above: Is no-one going to shut down this party?

I didn’t think that I’d find killing people all that funny in Party Hard — I certainly didn’t before, when all I could do was stab — but setting off a golf cart to instantly flatten the dozen or so people hanging around outside the party actually made me laugh out loud. I felt slightly guilty afterward. It probably helped that the incident happened in the blink of an eye, leaving just a giant snail-trail of blood outside the front door and a party that still wouldn’t stop (and no one would shut it down).

And I quickly realized you shouldn’t stand near the tail when spooking a strangely-out-of-place horse.

Above: A dancing bear.

Tiny Build is promising even more ludicrous interactions with the completed game, along with a storyline that’ll mess with your expectations.

“Party Hard is being developed in a very lighthearted way, even though the premise is serious,” said Nichiporchik. “We’re even going to do a bait-and-switch on how the story unfolds.”

Playing as the moody-looking main character, all you can do is stab people, dance, and mess with the game’s various interactive elements. But the full game will feature multiple characters that you unlock by completing specific challenges. 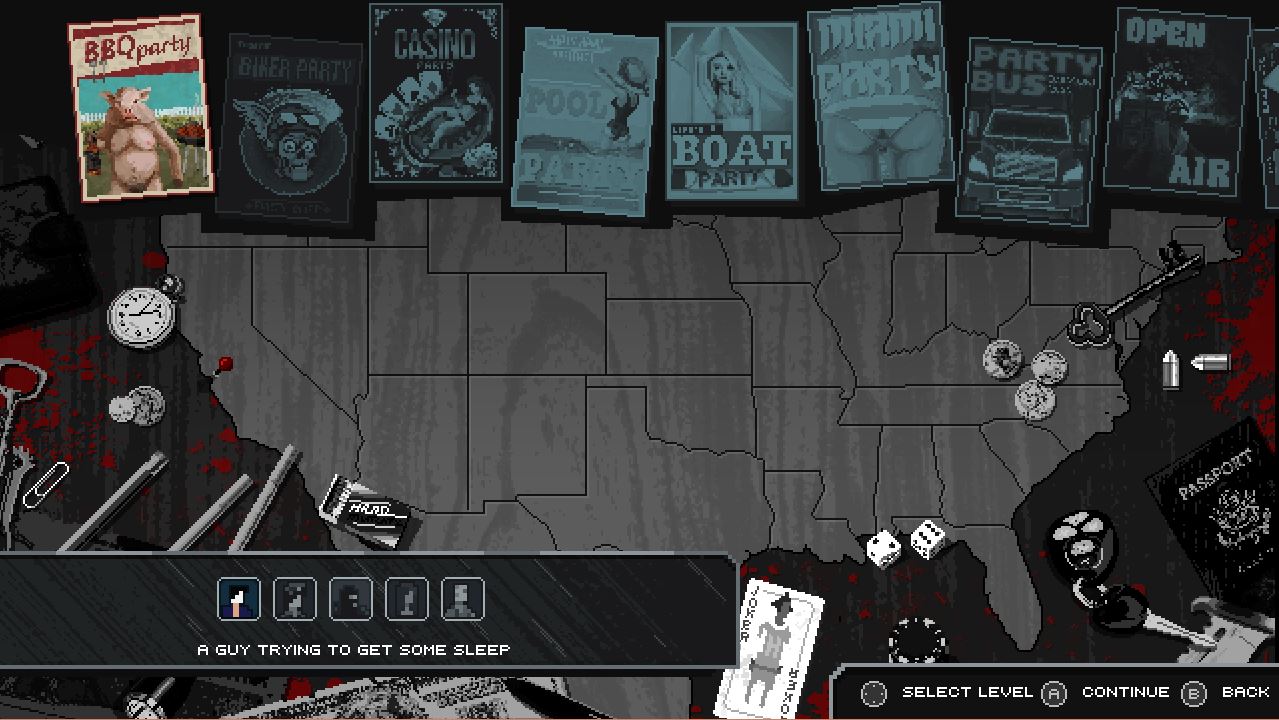 Above: Party Hard features multiple characters to play across a variety of levels.

Nichiporchik says his favorite is the ninja, who can move quickly, attack with a sword, and use a smoke bomb to knock people out. He can also become invisible by standing in the shadows — the payoff being that if anyone sees him they’ll call the cops straight away.

Party Hard will also get a fake cop that can carry bodies around without arousing suspicion, said Nichiporchik, and a female character that can provoke fights between several people. Each will add something different to the gameplay, and some are there specifically due to the game’s story elements.

Party Hard will launch with 10 different levels, and Tiny Build has some extra levels that might make it for launch or could come in future updates. “Fortunately, the story is structured in a way that leaves blank spots in between levels that can be filled in at a later stage,” said Nichiporchik.

It’ll certainly be interesting to see how the world reacts to Party Hard when it releases on Steam on August 25. While the game takes a very lighthearted approach to killing, it still feels like random violence. I guess it just depends whether you see the funny side or not.