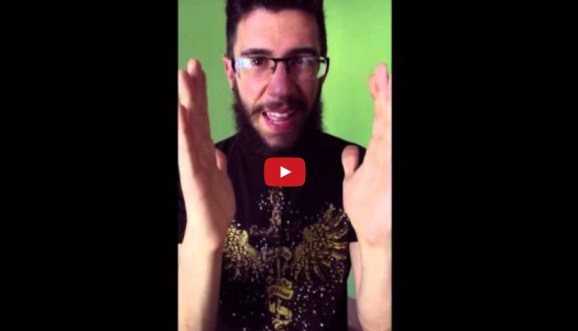 Vertical videos. Chances are that you’ve missed out on this ongoing debate over whether or not to incorporate vertical videos into marketing efforts, but with Snapchat ramping up its promotion of the format, it seems the haters are on the way out. Numerous publications have speculated that other big-name platforms will soon implement vertical video in an effort to better appeal to their mobile users, creating a major impact on the industry at large. With these changes on the way, it’s clear that brands and marketers need to prepare for the new opportunities and challenges this medium offers.

Vertical videos have been maligned for years, even being subjected to satirical PSA’s decrying the practice — our eyes are aligned horizontally, and therefore the most logical way to watch videos is horizontally. But no matter how often the practice of shooting vertical videos is brought up as being simply wrong, it seems smartphone users are going to continue filming (and consuming) both photos and videos in this style.

After all, smartphones are designed to be used vertically, rather than horizontally. How often do you see an individual scrolling through their Facebook feed or favorite website while holding their phone horizontally? While many mobile apps currently allow for both horizontal and vertical viewing, others (most notably video apps Periscope and Meerkat) only allow for vertical use. And regardless of what an application may allow, the overwhelming majority of mobile users prefer to hold their phone vertically.

Indeed, vertical video is quickly becoming the desired format for advertising on many mobile apps. Snapchat (which introduced its advertising platform fairly recently) actively encourages marketers to create vertical rather than standard videos, an argument that is especially compelling considering Digiday’s report that “vertical video ads have up to nine times more completed views than horizontal video ads” on mobile devices.

As silly as it may sound, creating a horizontal video for mobile advertising could prove to be every bit as annoying for viewers as trying to watch a vertical clip (black sidebars and all) on your desktop.

Snapchat’s increasing influence in the mobile marketing world — especially among millennials — has led other platforms to give vertical video more serious consideration. The Los Angeles Times reports that Facebook will likely begin selling vertical video advertisements to marketers, while YouTube is also investigating the possibility of integrating vertical video into its popular platform. Meanwhile, others have already jumped full-steam into vertical video — like Vervid, which advertises itself as “The YouTube of Vertical Videos.”

While vertical video is clearly becoming more important for reaching mobile users, many are slow to adapt when it comes to using this alternative media method. As AdAge recently noted, while some brands (such as Taco Bell) have fully embraced vertical video as part of their marketing strategy, others are more cautious, waiting for vertical video to become more fully integrated by other apps before taking the plunge.

This hesitation is somewhat understandable, as Snapchat does not have nearly as large a user base as Facebook or YouTube, and filming vertical videos would require additional spending on something that would have little appeal for non-mobile users. However, Snapchat’s 100 million users should not be taken lightly — especially since the audience skews heavily to millennials and teens (two highly coveted, yet hard-to-reach groups for many brands and advertisers). And some companies have found additional uses for their vertical videos, repurposing the content to appear as vertical display advertising on desktop websites.

While it’s unlikely that the next “Avengers” movie will be filmed vertically, the implications for marketers trying to reach a mobile audience are quite clear. Mobile users prefer vertical. It likely won’t be long before Facebook, YouTube, and other popular mobile platforms introduce means of incorporating vertical video into their offerings, and no doubt other methods will be developed to ensure that such content can be easily integrated into other marketing efforts. The shift may not be the most aesthetically pleasing, but advertisers need to adapt now so as not to be left behind.